For days now, students and volunteers have dug up parts of a Bronzeville school yard on South Giles Avenue. They worked inside a bright orange net on a grassy field next to Pershing East Magnet School. This was once the southwest corner of Camp Douglas... and they’re looking for proof.

Chris Brink is one of about a dozen DePaul University students and alumni which worked with the Camp Douglas Restoration Foundation. So far, there’s been four digs of the 60-acre site. It’s believed over 30,000 union soldiers trained and lived here before heading East for battle.

Previous digs have turned up a few nails, glass, and what they believe to be the main building’s foundation. 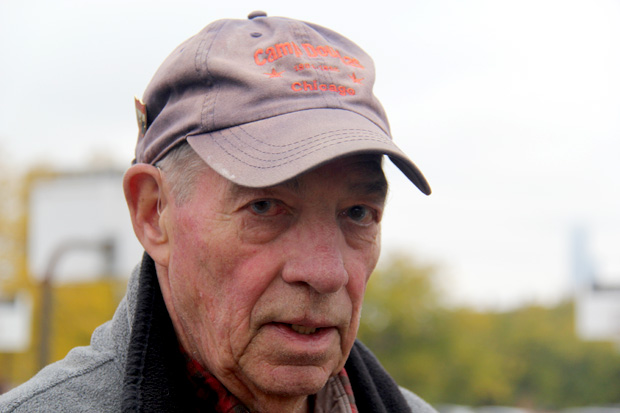 David Keller is with the Camp Douglas Restoration Foundation. He said the problem with a dig like this, in an urban area, is that things have been built and torn down, sewers have been put in, lights have been erected and a lot of the historical stuff has been disrupted.

The goal of the excavation is to uncover enough relics to fill the museum they plan to build. But it’s also a lesson in how history is recorded. Most of the primary sources of the camp come from old letters and Chicago Tribune stories.

And Brink said relics could paint a better picture of daily life at the camp.

“It sheds light on to stuff that’s not in the history books. So, basically we are rewriting history,” Brink said. “And to do that, you need to go out and find it.”

And this includes the darker parts of the sites history; its reputation as a “death camp.” 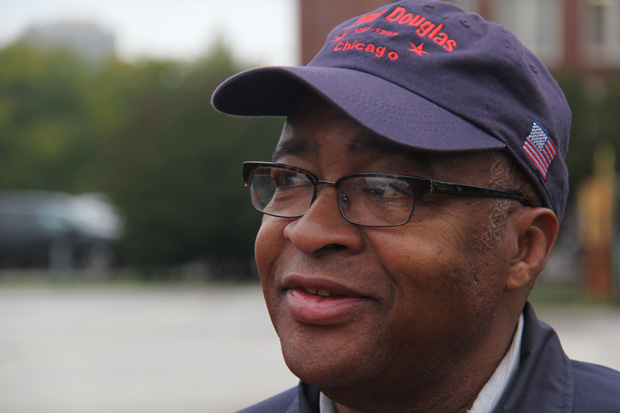 And many of these confederate soldiers were not used to Chicago’s harsh winters. Thousands died of pneumonia, smallpox and malaria.

“A lot of people see the sign ‘Camp Douglas’, and they have a negative feeling about it," Turner said. “And so what we’re trying to do is let everyone know, that is not the only part of the story.”

Turner is focused on community outreach, which included a partnership with the surrounding public schools.

They had local third graders sift through the dirt, while seventh graders wrote stories on the findings.

Turner said one of the biggest problems they had in engaging the community was that young people, particularly of color, don’t know the history of their own neighborhoods.

“In this particular case, they go to school here and they don’t even know what’s right under their own noses,” he said.

And right under their noses, is another forgotten part of Camp Douglas’s history. 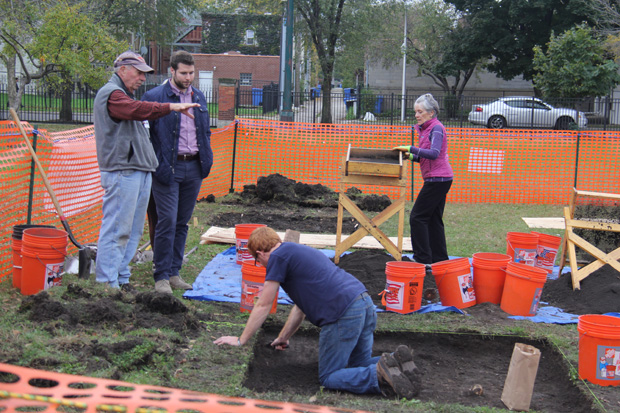 This was one of the few Union camps that received and trained some of the around 180,000 African-American soldiers who fought in the war.

Turner and Keller highlighted this link because it gave students a sense of pride and connection to their past.

Keller said the goal is to have the community get a better sense of its own history.

“You really are digging a timeline of the community. So, it’s just as important for us what we find from the Bronzeville area,” Keller said.

Above: Volunteers show the excavation process as they hunt for remains of the Camp Douglas prisoner of war camp.

He said people from the community would stop, ask questions, and seemed to take a general interest in what they were doing

“It’s human record. And It’s going back and reviewing your own records,” he said. “What was here, what happened, who was here, who did what. And it’s a really good way to learn something from what already happened.”

Monday, for the first time in over 150 years, the community raises an official marker commemorating the site.

Corrected Oct. 21: An earlier version of this article incorrectly stated the number of African American soldiers who fought for the Union in the Civil War. The correct number is around 180,000.

Claudia Morell covers business as a WBEZ intern. You can follow her @claudiamorell.