Skip to main content
Last summer, while researching a story on the changing landscape of Chicago food shopping, I was surprised to learn that dollar stores were becoming a form of a grocery store for many low-income neighborhoods.
I imagined peopled doomed to aisles full of highly processed, low-quality junk food-- of dubious origin.
As one colleague said to me, “I wouldn’t even trust pet food from a dollar store.”
So I was pretty skeptical when a natural foods company urged me to check out its line of vegetarian foods that recently arrived in thousands of Dollar Tree stores across the nation. Vegetarian foods at a dollar store? What?
I decided to conduct a taste test.
When I stopped in at a couple of these stores (one in Lakeview and another in Belmont Cragin) I found plenty of the usual  food suspects--chips, ramen, and chicken bologna. But I also discovered vegetarian and vegan fare, ribeye steaks, sustainable and wild seafood, Chinese dumplings, Jamaican meat pies, bags of frozen vegetables, boxes of eclairs and Indian pastries.
All for $1 each. How could this be?
Randy Guiler, vice president of Investor Relations at Dollar Tree, said they’ve long carried ethnic items, but their selection has continued to expand, especially as more stores add frozen food sections.
“We are always adding new items. Some are ‘tests,’ some are special buys and others are replacements,” he wrote to WBEZ. “Our expansion into [new categories] comes along as products that used to be outside of our price point become available.”
As dollar stores have spread into more American communities--there are now about 25,000 across the country and about 20 percent of their customers make more than $70,000--their offerings reflect the demand for natural, sustainable and boldly flavored foods.
According to Nielsen figures, the dollar store category (which also includes Dollar General and Family Dollar) accounted for about 35 percent of the retail food store expansion between 2007 and 2013. Although expansion has slowed since, the category’s growth is expected to continue to outpace conventional grocery stores’.
Today, Guiler says that about 70 percent --and counting--of the company’s stores feature frozen food sections.
That’s where I found most of the following products--each for only a dollar. But are they any good? Here are some mini-reviews from our discriminating tasting panels: my family, my colleagues and me.
Note: Notable ingredients are listed in these evaluations, not as a sign that they are dangerous but because some consumers want to be aware of them.
Ribeye Steak 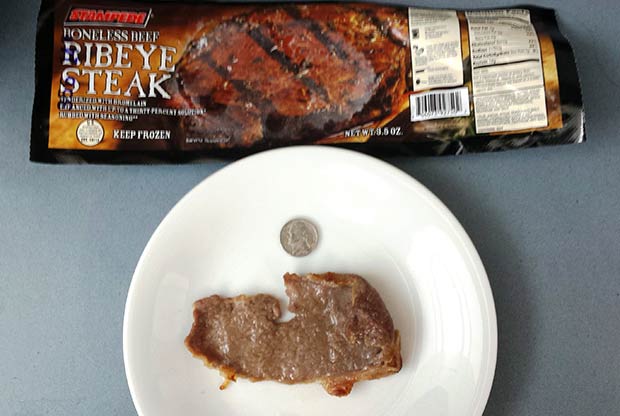 How can you sell a ribeye (traditionally one of the most expensive cuts) steak for just a dollar? Well, you can cut it extremely thin and pump it full of salt water, which is the case here. One taster called it rubbery, but another thought it tasted surprisingly beefy for a dollar. After cooking, the 3.5 oz steak shrinks considerably, leaving enough for a small dinner portion of meat or a layer of a steak sandwich.
Grade: B-
Brand: Stampede
Size: 3.5 ounces
Country of origin: USA
Notable ingredients: Bromelain and 30 percent sodium solution. Hydrolyzed corn and soy protein.
Wild Salmon 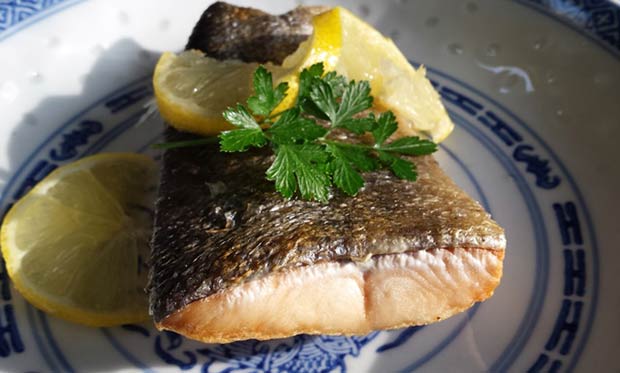 Our tasters generally liked this skin-on fillet, especially after it was broiled and served with a butter lemon sauce. One commenter noted its pale color and thought it was a little dry.
Grade: B
Brand: Ocean Market
Size: 4 oz
Country of origin: China
Notable ingredients: Wild salmon and tripolyphosphate to retain moisture.
Veggie Burgers 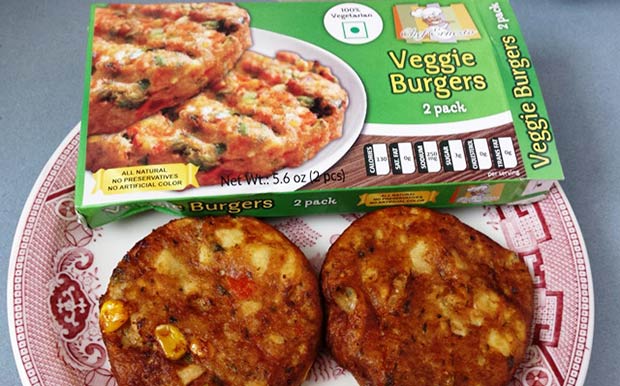 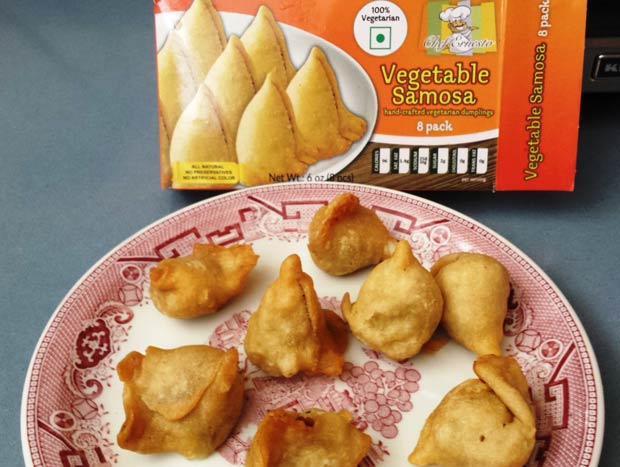 These baked veggie dumplings were tasty and boldly spiced with wrappers that crisped nicely in the toaster oven. Although they cried out for traditional sweet and spicy dipping sauces,
most of the tasters gave them an excellent rating. One felt they had a little
too much potato and another thought they were a little too bready.
Grade: B
Brand: Chef Ernesto
Size: 8 samosas 6 oz
Country of origin: India
Notable ingredients: Just potatoes, other vegetables, spices and a wrapper.
Crispy Green Bean Fries 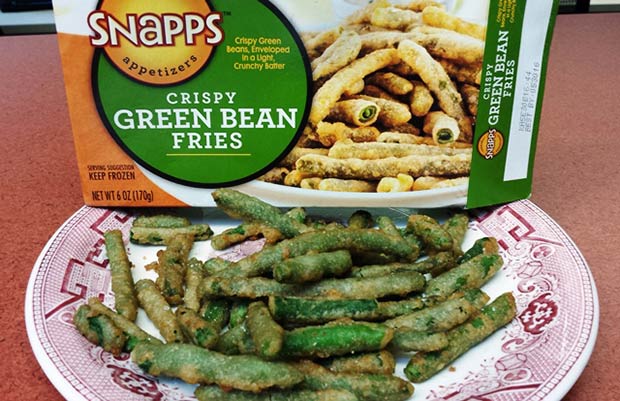 We had a hard time getting these beans to crisp up in the toaster oven and tasters noted that failing.  But they also complained about a lack of good bean flavor. One called it an insult to vegetables. But another said she could see them tasting better with a dipping sauce.
Grade: D
Brand: Snapps
Size: 6 oz
Country of origin: USA
Notable ingredients: Mostly just beans, flour, corn starch and soybean oil.
Clam Strips 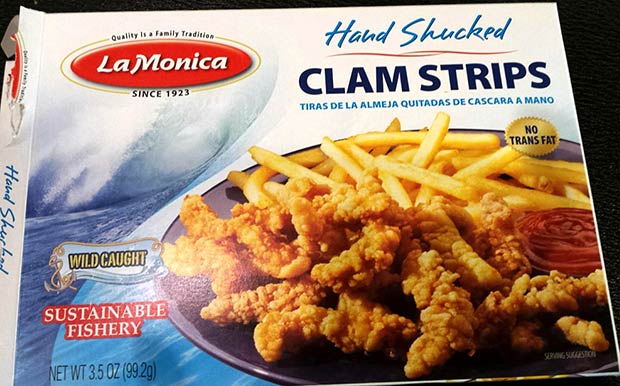 These clam strips came out crispy, chewy and sweet from the toaster oven, pleasing tasters who likened them to the Howard Johnson clam strips of their youth-- but meatier. We also liked
that, at least according to labeling, they’re wild caught and hand-shucked from sustainable fisheries.
The portion is large enough for a modest snack or a crunchy topping for a salad.
Grade: A-
Brand: LaMonica
Size: 4 oz
Country of origin: USA
Notable ingredients: Partially hydrogenated soybean oil is the second to last ingredient.
Lobster Sliders 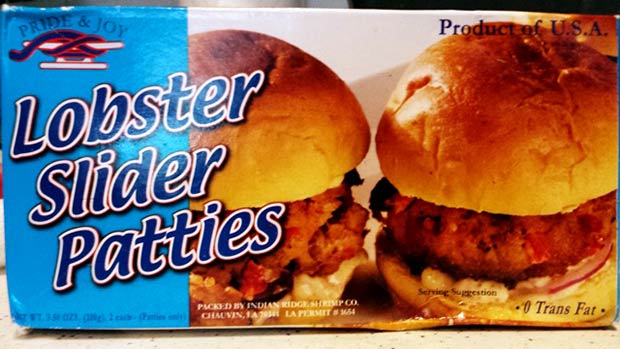 The thrill of seeing lobster at a dollar store faded when we tasted these plump, overly sweet and bready patties. They recalled crab cakes but sweeter and breadier--but, of course, much cheaper.
Grade: D
Brand: Pride & Joy
Size: 3.5 ounces
Country of origin: US
Notable ingredients: Too many to name but lobster meat is the first and bread is the second along with lots of spices, trans fat and different sweeteners.
Pork and Vegetable Potstickers 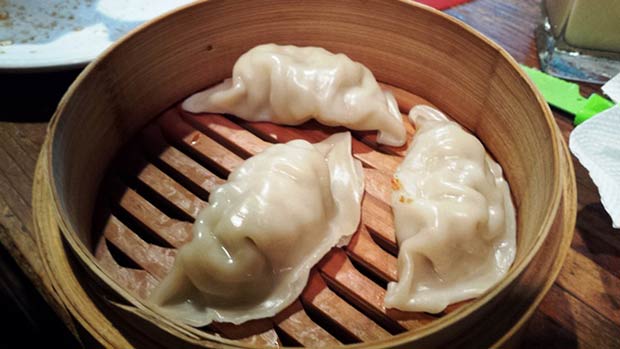 We steamed some and pan-fried others and all the tasters agreed that the flavorful filling and thin, elastic wrappers were some of the best we’ve tried among packaged dumplings.
Grade: A
Brand: Tasty Select
Size: 10 dumplings, 7 oz
Country of origin: USA
Notable ingredients: Pretty much just meat, vegetables and flour wrappers but also some monosodium glutamate.
BBQ Pork Steamed Bun 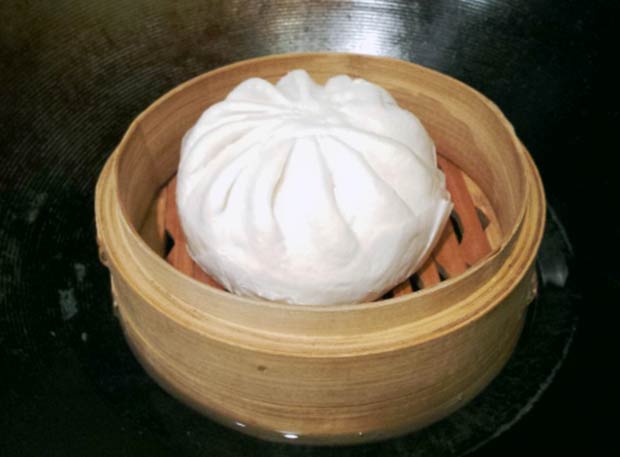 All of the tasters who tried this were experienced Chinese pork bun eaters and they called this “one of the best they’d ever eaten.” It features a moist, puffy and pliant bun along with a generous portion of some of the most delicious and porky filling we’ve tasted. One note is that most steamed pork buns (or char siu bao) at Chinese bakeries cost less than $1. So even though it’s no big bargain, it’s
a high-quality bao.
Grade: A-
Brand: Tasty Select
Size: 5 oz
Country of origin: USA
Notable ingredients: Artificial food coloring.
Salad shrimp 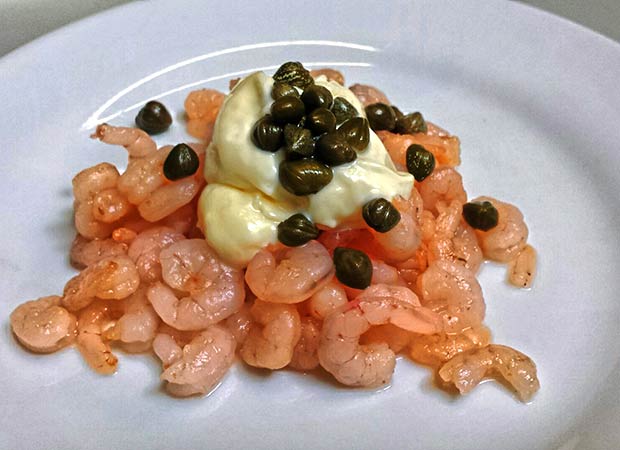 Tasters loved how quickly these pre-cooked, wild shrimp can go from freezer to salad (two minutes). Inside a lemony shrimp salad, these nickel-sized nubbins are fine. But alone, they’re a little mushy and watery tasting. In the wake of recent shrimp labor investigations, some tasters also worried how the low price connects with the ethics of their production chain.
Grade: B
Brand: Tastee Choice
Size: 3.5 ounces
Country of origin: India
Pink Salmon in a packet
This single serving packet made for a quick and tasty (if not very pink) salmon salad on the go. The broth keeps it very moist and the flavor is fine.
Grade: B
Brand: Sunny Sea
Size: 3 oz
Country of origin: China
Notable ingredients: Just salmon, water, and vegetable broth. Also contains soy.
Jamaican Style Chicken Patties 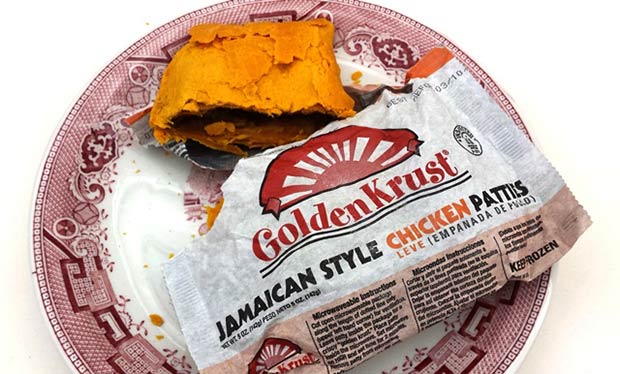 The package directions recommend microwaving this spicy meat pie in its vented wrapper, and tasters were amazed at how flaky and crisp the crust remained. They also loved the “curry like” chicken filling that made for a “tasty office lunch.”
Grade: A-
Brand: Golden Krust
Size: 1 pattie 5 oz
Country of origin: US
Other ingredients: Textured vegetable protein, hydrolyzed soy protein, beef suet, dough conditioner.
Bone-in Pork Loin Chops
This ultra-thin pork chop with a thin slice of bone carried decent flavor and moisture, probably owing to the generous (up to 12 percent) sodium solution it’s treated with,
along with meat tenderizers and
seasonings. Still our tasters thought it “wasn’t bad for $1.”
Grade: B-
Brand: None
Size: 4 oz
Country of origin: USA
Notable ingredients: Dextrose, hydrolyzed soy protein and bromelain which is a protein found in pineapples used as a meat tenderizer.
Iced Eclairs 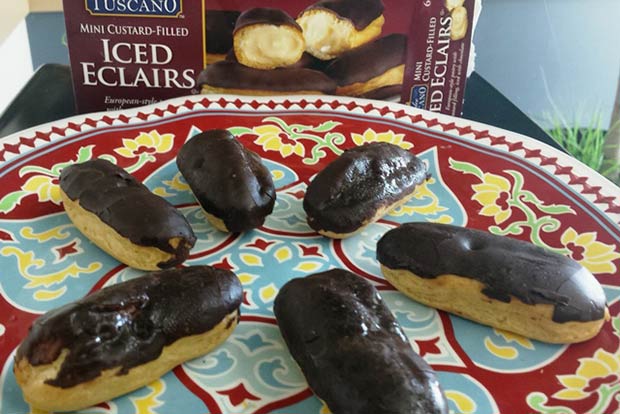 Although no one will mistake them for fine French pastries, these were “tasty”
little desserts with “delicious” custard” and “decent” chocolate icing. They also liked the size, saying that it was “great way to limit sweets if you eat just one.”
Grade: B
Brand: Dolce Toscano
Size: 6 mini custard-filled eclairs
Country of origin: USA
Notable ingredients: Partially hydrogenated oil, artificial colors, carrageenan and artificial flavors.
Cream Puffs 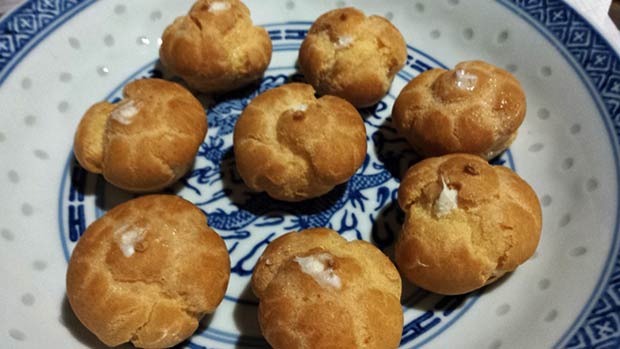 Tasters called the pastry shells on these puffs “stale” and “chewy,” but they were thrilled by the creamy vanilla custard inside and one said, “I can’t stop eating them.”
Grade: B
Brand: Dolce Toscano
Size: 8 pack, 3 oz
Country of origin: USA
Notable ingredients: High fructose corn syrup and partially hydrogenated vegetable oil (trans fats) are the 5th and 6th ingredients. Plus soy protein concentrate, carrageenan and multiple artificial colors.
*Each time meat was part of a product at least one taster noted that the animal was probably factory farmed--raised indoors, fed antibiotics and given growth promoters where legal. The labels don’t claim otherwise.
Monica Eng is a WBEZ producer and co-host of the Chewing The Fat podcast. Follow her at @monicaeng or write to her at meng@wbez.org.