The Pentagon changed its story today, and the humanitarian group demanded an independent international inquiry.

Doctors Without Borders is calling the incident a crime against humanity.

“Under the rules of international humanitarian law, a hospital is a hospital and the people inside are patients — to target a medical facility in this way is a violation of that, whatever the circumstances,” Vickie Hawkins, executive director of the UK branch of Doctors Without Borders, tells The Takeaway. “The statements that have been coming out of the Afghan government in the past 24 hours would lead us to believe that there was some kind of intent behind the attack. We can only presume, on this basis, that that constitutes a war crime.”

The US says the strike in Kunduz, which is under investigation, was issued after Afghan forces came under fire near the hospital and then called for help.

“An airstrike was then called to eliminate the Taliban threat and several civilians were accidentally struck,”  the American commander in Afghanistan, Gen. John F. Campbell, said during a press briefing Monday. “This is different from the initial reports which indicated that US forces were threatened and that the airstrike was called on their behalf.”

Though the aid group repeatedly said that there had been no fighting around the hospital, the building was hit over and over again, despite the fact that Doctors Without Borders sent the US military the precise GPS coordinates so the hospital could be avoided.

“When the bombing started, we were indeed in contact with military representatives in both Kabul and in Washington, but the bombing continued for another half hour to 40 minutes after those initial calls were made,” says Hawkins. 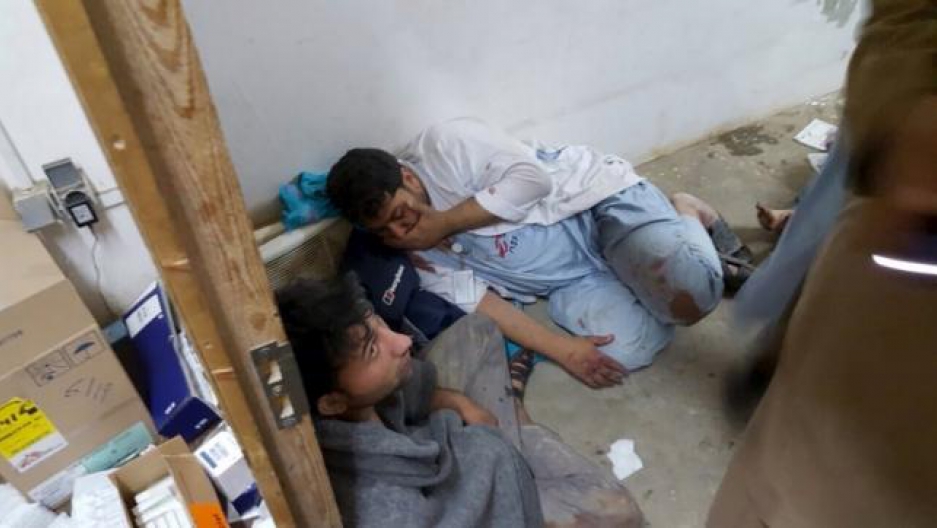 The hospital is the only facility of its kind in the northeast region of Afghanistan, and Hawkins says the compound where it sits was “precisely targeted,” adding that the intensive care unit and the emergency room were hit the worst. For four years, Doctors Without Borders has been using this facility to provide free high level trauma care to civilians in the area.

“For our medical staff, it was an absolutely terrifying experience,” says Hawkins. “The hospital itself had been very busy over the previous days [before the airstrike] — there’s been an uptick in the conflict around Kunduz, and we’ve had 400 patients over the last four days or so.”

According to Doctors Without Borders, more than 22,000 patients received care at the hospital in 2014, and more than 5,900 surgeries were performed during the same time period. When the hospital was hit, medical workers were in midsts of caring for patients.

“After the attack was over, we found one of our patients that was killed still on the operating table,” says Hawkins. “You can imagine for the medical staff that’s going about their night’s work, this is an absolutely a devastating experience for them.”

The group is now planning to leave the area, something that could be devastating to civilians in the area — Hawkins describes the trauma center as a “vital lifeline” for the community.
“A hospital should represent a place of sanctuary — it’s where people come when they’re at their most vulnerable,” she says. “Given the fact that the intensive care unit was targeted, we can presume that the most sick and vulnerable of our patients have been killed.”