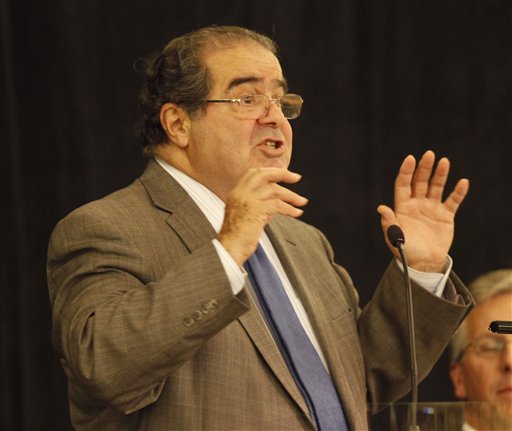 President Barack Obama lived through the second presidential debates and may have blunted some of Mitt Romney’s momentum in these last few weeks. But a bigger reason to vote for Obama became clearer two days after the clash at Hofstra University, when the 2nd U.S. District Court of Appeals in New York determined that the 1996 Defense of Marriage Act, or DOMA, and its definition of marriage as between one man and one woman, is unconstitutional.

The majority opinion in Windsor v. United States was written by Judge Dennis Jacobs, an appointee of President George H.W. Bush. Bush gave us the thewless Clarence Thomas at the Supreme Court to replace the towering Thurgood Marshall, but perhaps more notable in the long run, he also put David Souter on the bench.

Souter, whose name has now become a verb unfortunately meaning to stealthily pretend to be one way in order to further something else, probably did more as the crucial fifth vote in the court’s liberal bloc to preserve judiciary independence and personal freedom than anyone currently wearing those black robes. Souter was, and will likely remain, the last non-idealogical GOP nominee to the court for a long, long time.

In other words, DOMA — and various other crucial civil rights issues — are headed straight for the Supreme Court in the next few years. Who sits on the court will make the difference in the lives of millions of people; in the case of Windsor, particularly the lives of partners in same sex marriages.

Over at the court, Ruth Bader Ginsburg, a reliable progressive vote, is 79 years old, and Steven Beyer is 74. The seemingly very healthy and very conservative Antonin Scalia is 76. They’re the most likely candidates for replacement, in that order.

In other words, the next president will very likely have an opportunity to replace at least one, if not two, liberal judges.

For Obama, that means preserving the court’s current balance. But for Romney, who has vowed to appoint judges in the mold of Scalia, that means changing the court’s direction for at least 20 years by replacing a progressive with an extreme conservative.

Among Romney’s possible appointments? Paul Clements, the man who argued against the Affordable Care Act before the court, and Tea Party fave Sen. Mike Lee of Utah, a former clerk to Justice Samuel Alito who thinks federal disaster relief and child labor laws are unconstitutional.

These choices — far more dramatic and idealogical than either Bush I or II or even Reagan — are part of what’s at stake in this election.