Listen in Friday morning when Jonathan and I duel over Tanya Saracho’s new play Enfrascada at the 16th Street Theater in Berwyn. Having had its out-of-town tryout in New York last summer, Enfrascada returns home in a rewritten version of this comic tale about contemporary women who dabble in the dark arts to improve their love lives. Saracho explored a different kind of spirituality in her brilliant Our Lady of the Underpass, and it will be worth seeing how she handles the subject in this “hoodoo comedy of jarring proportions.” -KK

A Little Help from My Friends, Acts of Kindness Cabaret at Skokie Theater, 7924 N. Lincoln in Skokie, Saturday April 14th at 8 p.m. Tickets $22, $10 each for representatives of nonprofits

Chicago has a lively cabaret scene, but Acts of Kindness Cabaret is sui generis. This nonprofit troupe presents professional cabaret performances as fundraising benefit events for other nonprofits. On Saturday, AOK will give audiences a taste of what they have to offer.  Even if you’re not affiliated with a charity, you can’t go wrong with an evening of well-sung standards; and if you are, you can get in for less than half-price. One night only, though, so don’t tarry. -KK

Speaking of sui generis, there’s Barrel of Monkeys, where education meets sketch comedy. The company works in the Chicago public schools, taking stories written by the students and turning them into full-fledged plays. The material is simple, as you might expect, but what director Molly Brennan and the fully-committed ensemble does with it will put you in mind of Renee Fleming singing "Happy Birthday." Every Sunday the company offers the pick of the sketches to the public: Talk about a happy hour! -KK 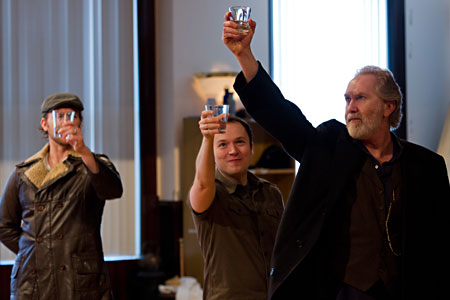 What a weekend for history! Precisely 152 years ago Thursday, April 12, Johnny Reb fired on Fort Sumter, launching the Civil War. Then, 147 years ago Saturday, April 14, Abraham Lincoln was assassinated. Then, on April 15, 1912, exactly 100 years ago, the Titanic sank.

Oh, it was sad when the great ship went down. But our focus is on theater events commemorating The War Between the States, and there are two of them. Pride of place goes to tiny City Lit Theatre Company, which last year launched a five-year project marking the 150th anniversary of that 1861-1865 war.

For Year Two of its project, City Lit offers Opus 1861: The Civil War in Symphony, a musical revue of the rich musical legacy of that conflict. Think "Rally 'Round the Flag, Boys" and "Battle Hymn of the Republic" and "When Johnny Comes Marching Home Again." And, please, remember that after The South surrendered, Lincoln famously said, "Let the band play 'Dixie.'"

For glamor quotient, however, the prize goes to Steppenwolf Theatre Company with its world premiere adaptation of The March, the historical novel by E. L. Doctorow brought to stage life by adapter/director Frank Galati, and featuring a cast of 27. -JA

Angels in America at Court Theatre through June 3. 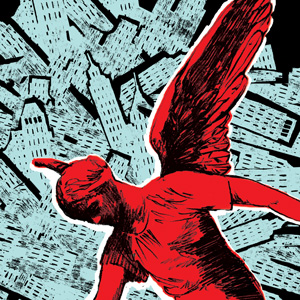 Author Tony Kushner's two-part epic is one of the most monumental, profound and deeply important works of late 20th Century drama. Just slightly more than 20 years old (keeping in mind that it took Kushner 10 years to write it), it's familiar to all cognizant theater-goers and yet is seldom performed because of the acting and intellectual challenges it offers.
Not so much a play about homosexuality (and certainly NOT about "gay rights"), this "gay fantasia on national themes" (as Kushner subtitles it) really is about the all-too-current threat of political religiosity, conservative hypocrisy and—above all—personal self-acceptance and responsibility in a melting-pot nation in which there is no such thing as a "real" American.
Now, Court Theatre revives both parts of Angels in America, Millennium Approaches (Part I) and Perestroika (Part II) with Kushner's new revisions, staged by Court Theatre artistic director Charles Newell. The Angels fly through June 3. -JA