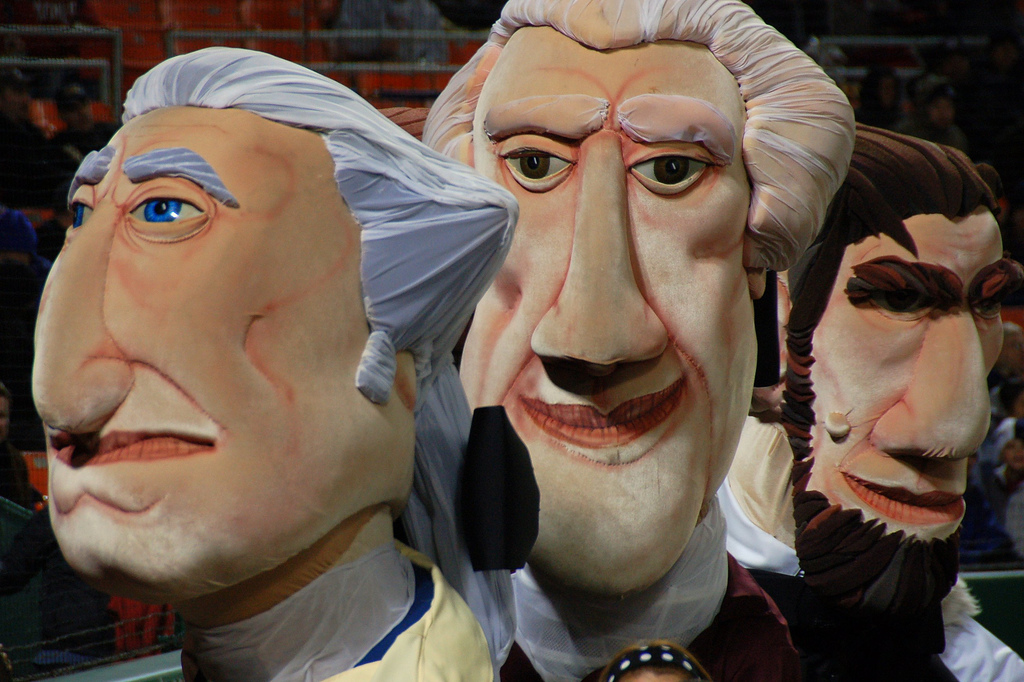 Election season means plays about presidents as much as it means anything else beyond who gets to misspend Your Tax Dollars for the next four years. Indeed, the always-clever Neo-Futurists are offering 44 Plays for 44 Presidents, a remount and revision of their 2001 hit about 43 presidents. They’ve added a new play about Obama and, of course, they count Grover Cleveland twice (‘cause he’s the only prez to serve two non-consecutive terms). Be that as it may, you can expect all 44 little plays to be brief, pointed and entirely irreverent. C’mon, be honest: Other than the factoid that Millard Fillmore installed the first gas cooking stove in the White House, how much do you really want to know about him? How much do you need to know about him?

Andrew Jackson was the first frontiersman President (1829-1837), hailing from the “far” western state of Tennessee. Hero of the Battle of New Orleans, he was a leading populist lefty of his day, and the modern Democratic Party is a descendent of his Presidency (although his party was called the Republican Party at the time). Jackson was smeared and vilified in a campaign that makes today’s rumbles seem pristine, because his wife was a divorced woman accused of bigamy. The folk tune, “We’re Walking Down to Washington to shake hands with President (name)” originated with Jackson’s campaign. FYI: Jackson tried, but failed, to eliminate the Electoral College so a Prez could be elected by direct popular vote. Whatever, the hit Broadway musical Bloody Bloody Andrew Jackson repositions “Old Hickory” as a rock star with sex and music to spare.

For 20 years now, Teatro Aguijon has been a cultural resource within the Latino community of Chicago’s Northwest Side, performing both new and classic plays in Spanish and English (or a combination) in a tiny storefront theater. Adentro is the English-language world premiered (commissioned by Teatro Aguijon) of a drama by award-winning contemporary Cuban playwright Abel Gonzalez Melo. For me, “adentro”— which means “inside” or “within” — is the final word in a popular Latino toast with friends; for Gonzales Melo it’s a look inside Cuba’s social justice system with its police brutality, homophobia and social discrimination. Sandor Memendez is the director.