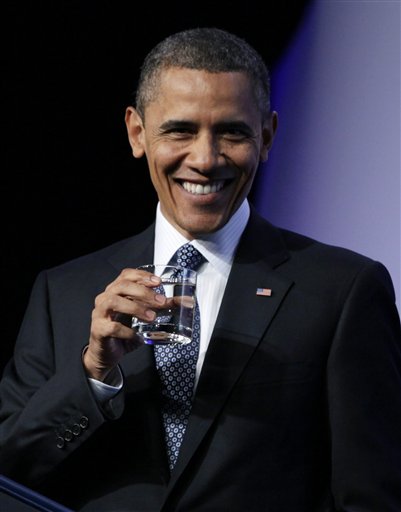 Edward Snowden didn’t vote for Barack Obama but he trusted—or, perhaps, ironically, had enough hope—in his candidacy that he waited until after the 2008 elections to make the decision to unveil the extent of the National Security Agency’s domestic surveillance program.

You could say Snowden hoped candidate Obama—so publicly against the Iraq War, so dubious about domestic spying and other programs, so happy to be viewed as a reformer—might actually undo some of the harm, and potential harm, established by the post 9/11 terrorism cure-all known as the Patriot Act.

Candidate Obama was, after all, the constitutional lawyer who understood the limits of government, the Illinois State Representative who asserted “it means something to be a citizen," the U.S. Senator who described some of the specific provisions that have allowed PRISM as “way aboard.”

Of course, candidate Obama also voted for the Patriot Act reauthorization, but he seemed reluctant, pained even. Or was he? Check out this town hall exchange and Sen. Obama actually seems eager to expand the phone tapping program. (How did we not hear that?)

Here’s what I know for sure: Obama had an opportunity to make history for all the right reasons, to come into the White House on that big monster wave—what Hawaiians call the pipeline—of hope and actually do some good.

But here’s what else I know: We can talk Obamacare and LGBTQ rights—both hard-won but unnecessarily hard-fought and, most importantly, incomplete—but Obama’s legacy has just been sealed by Hansen’s revelations.

Because what Hansen’s revelations say is that Obama is willing to betray his own professed most cherished values: protection of the U.S. Constitution, protection of every citizen’s privacy and civil rights. His policies on civil liberties have actually turned out to be worse than the GOP’s.

Many of us hoped Obama would be the exception (even as we held our breath in the voting booth, knowing how unwise it was to even hold out the meekest, thinnest, light-as-a-feather hope for that) and so made an exception of every single one of his violations.

But Guantánamo is not an exception.

Rendition is not an exception.

The lawlessness and lack of transparency revealed by the Wikileaks cables were not exceptions (and the treatment of Bradley Manning and other whistleblowers is not an exception).

Drones are not an exception.

Targeted killings and kill lists are not an exception.

His anemic support of domestic gun control is not an exception.

His record number of deportations is not an exception.

His recent attacks on the press were not an exception.

Is Obama drunk on power? I don’t know.

But we’ve sure been drunk with hope.