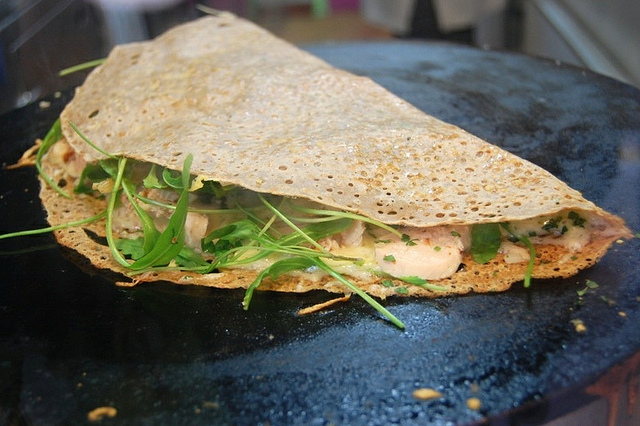 Chicago Restaurant Week kicks off at over 250 restaurants offering limited edition prix fixe menus for the next 10 days, until next Sunday, February 10. Admission starts at $22 for lunch and $33 or $44 for dinner.

The Illinois Mycological Association, aka Mushroom Club, welcomes renown mycophile Eugenia Bone at the North Park Village Nature Center. Bone's lecture will focus on how the biology of mushrooms affects our culinary experience of them. She will also sign her beautiful new book, Mycophilia: Revelations from the Weird World of Mushrooms. Admission FREE for IMA members, $5 suggested donation for non-members, but no one will be turned away due to the lack of funds.

Soup & Bread presents this week's theme, Down Under: Soups of the Southern Hemisphere, benefiting The Chicago Help Initiative, as always at the Hideout. Bread donated by Publican Quality Meats and La Farine Bakery. Admission FREE, donate what you can and Everyone LOVES the Generous!

The Polish American Association celebrates Fat Thursday/Tłusty Czwartek with a Pączki Day fundraiser at all five Oak Mill Bakery locations, two PAA locations, and Polish radio station WNVR. They say, ""An old Polish proverb states, 'If you don’t eat at least one doughnut on Fat Thursday, you will not be successful in the New Year.'" Admission $3 per pączki.

Save the Date: Friday, February 08