CHICAGO (AP) — Former President Barack Obama, free of a job that forced him to move to Washington for eight years, showed up to a downtown Chicago courthouse for jury duty on Wednesday morning.

My former colleague happened to be called for jury duty at the same place and same time as Citizen Barack Obama today! pic.twitter.com/u6ub7ESGM2

The 44th president's motorcade — considerably shorter than the one he had when he lived in the White House — left his home in the Kenwood neighborhood on the city's South Side and arrived at the Richard J. Daley Center shortly after 10 a.m.

Obama — wearing a dark sport coat, dress shirt, but without a tie — waved to people who gathered outside after hearing reports that he would be reporting for jury duty.

Basically every lawyer and juror coming out of elevator has the same stunned look and makes same joke-- "for me?!" https://t.co/aixEm0ST0M

Whether he will be selected to sit on a jury, and presumably be selected jury foreman, was not known. But if he is like other would-be jurors, Obama will have to watch a decades-old video in which a much younger Lester Holt, who was a local news anchor before he became a national news anchor, explains the ins-and-outs of jury duty.

Obama is also in line to receive the $17.20 a day that jurors are paid for performing their civic duty. 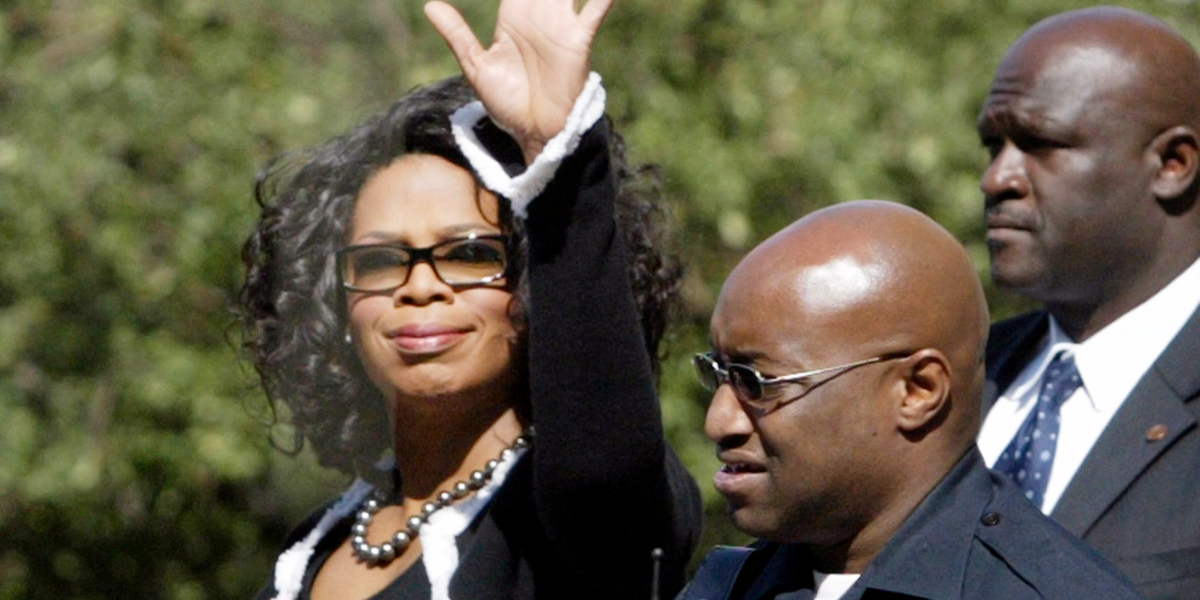 Talk-show host Oprah Winfrey waves as she arrives for jury duty at the Cook County Criminal Court Building in Chicago on Monday, Aug. 16, 2004. A jury supervisor said that even if Winfrey is not picked from about 300 prospective jurors, she received a $17 check from the court for her time. (AP Photo/Nam Y. Huh)

Obama also isn't the first famous Chicagoan to be called to jury duty. In 2004, Oprah Winfrey was on a Chicago jury that convicted a man of murder. A decade later, Lawrence Tureaud, better known as Mr. T, showed up to a suburban Chicago courthouse for jury duty, sporting his usual Mohawk, but without the gold chains for which he is known. But despite the more subdued outfit, Mr. T was not chosen to sit on a jury.