On a green tablecloth, sub sandwiches sit on a dining room table inside of Fabien Lavinder’s home on S. Muskegon Ave on Chicago’s South Side.

Only small children reach for them. The adults are too upset to eat. Ericka Wright is Fabien’s mother.

“I’m in a state of denial,” Wright said through tears. “But this has brought me to a reality check.”

Wright says she hasn’t slept since she got the news after 10 p.m. Tuesday night that her 15-year-old son was shot blocks from his home. Police say that’s where Fabien was a passenger in a car when a white sedan pulled up and fired shots.

It wasn’t until 4 a.m. the next day at Trinity Hospital when Wright said goodbye.

“They had a tube in his mouth, a tube in his nose. And they told me I couldn’t touch my son,” Wright said. “But I wasn't listening to them. I kissed my baby. And I kissed him on his forehead and I wiped his eyes.”

Fabien’s tidy room is how he left it late Monday afternoon, the last time his mother saw him. 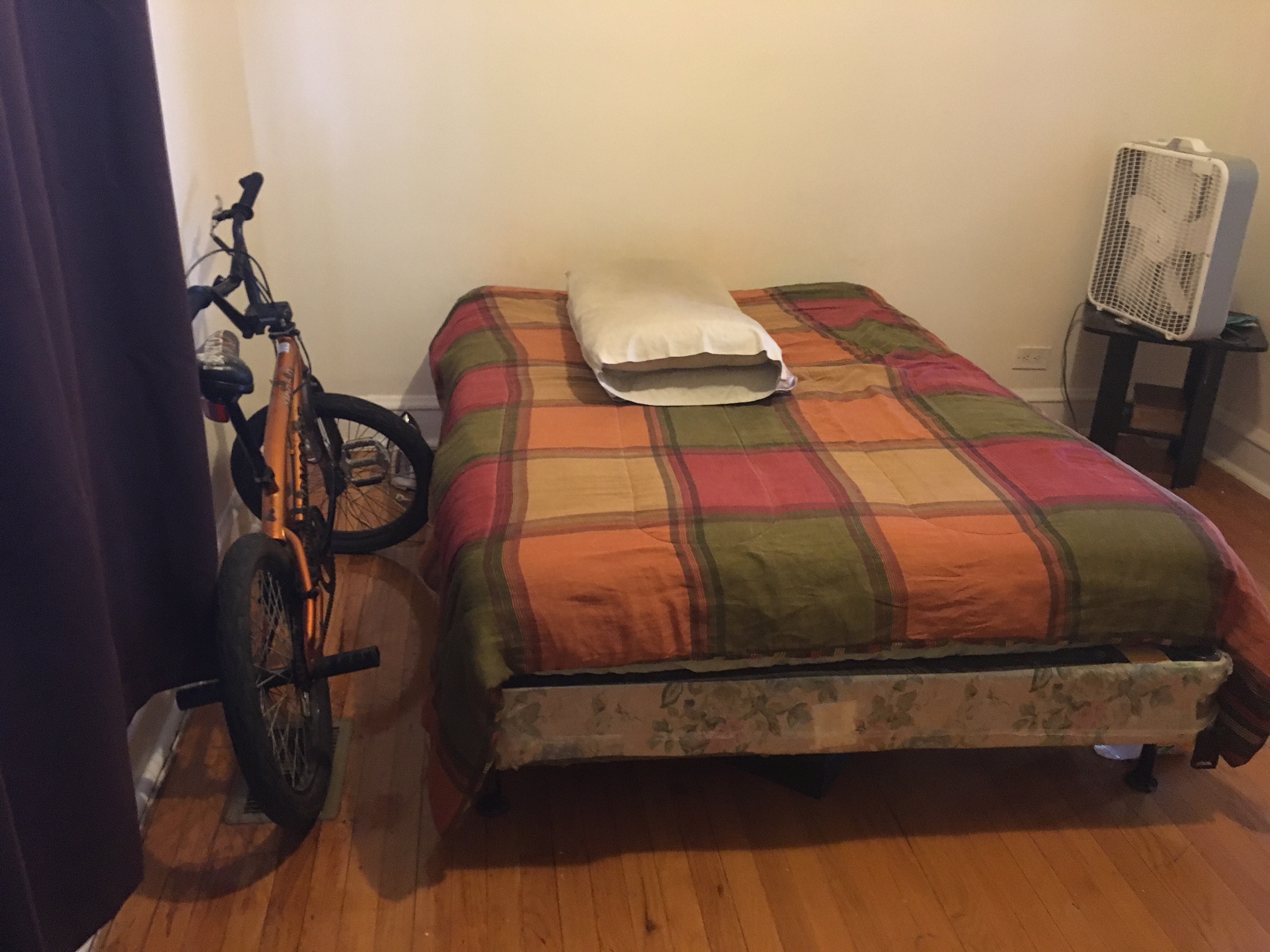 His bed is neatly made. It faces a TV hooked up to video gaming consoles. His orange bike leans on one wall. Clean laundry is stacked neatly on a chair on his laptop.

Police say they are investigating the crime, and that Lavinder had no arrest record or gang affiliations.

Lavinder’s sister Roshaun Bell says with so much gun violence in the city, she doesn’t think the police are going to do much to solve this murder.

She paced the hallway and sat outside his bedroom crying.

“He was real playful. Real playful,” Bell said. “He’s not a bad person. He was a gentle soul.”

Yolanda Perdomo is a WBEZ reporter. Follow her @yolandanews.