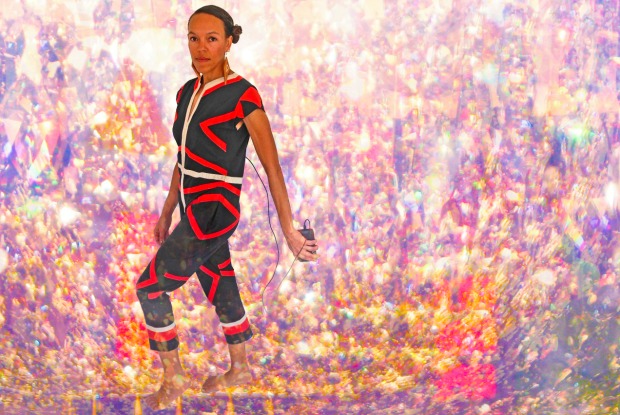 When designer Rick Owens decided to use members of American college step teams to model his latest collection, he set off a minor fashion storm.

Here were women that didn’t confirm to any of the standards of beauty set in high fashion stone. They were much bigger in size, and way more expressive looking (and sounding).

They were also far more diverse than typical runway models. Coming on the heels of other criticisms about the overall absence of models of color (especially black models) in the fashion world, Owen’s show was read not just as a bold and brilliant performance, but as confrontation with the fashion status quo.

Chicago designer Jamie Hayes is fomenting her own runway revolution in her newest venture, “The Uniform Project.”

The gallery/runway show is Nov. 2 at Marshall Brown Projects and features 27 ‘regular’ men and women modelling ‘uniforms’ (which could be related to literal work or inspired by more abstract archetypes) they created in collaboration with Hayes. The garments are custom fit to each model and the results are a collection of bodies, attitudes and garments as idiosyncratic as they are iconoclastic.

“It’s important to see different body types on [the] runway, to see differences in class, ethnicity, gender, and race,” Hayes said. “Otherwise fashion is limited to an elite or exotic point of view that leaves the everyday out of the conversation.”

When I think of a uniform, I do picture the everyday. The sporty brown on brown ensemble of a UPS delivery person or the classic golf shirt and khaki pants combo worn by many service industry workers. But in the hands of Hayes and her partners uniforms serve as a mode of self expression. They’re also displayed as works of art, and each participant wrote an essay about the meanings behind their choice.

Betty Eo, born in Korea and raised in Chicago, re-appropriated the ‘tour of duty’ jacket normally worn by veterans of the Korean and Vietnam Wars. But unlike the GIs, who monogram their jackets with images and slogans of war, or the names of battle sites, Eo inscribed her satin bomber jacket with Korean symbols connected to prosperity, good will and peace. 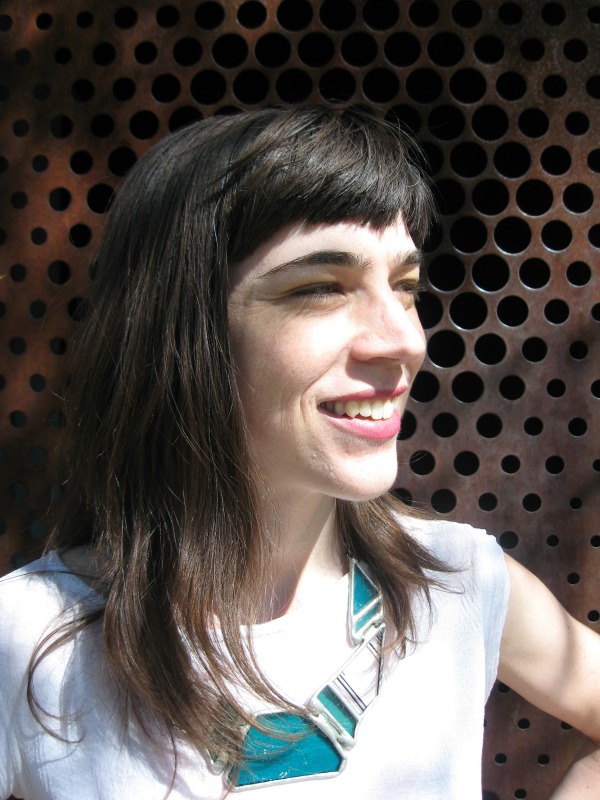 Artist Paula Wilson took an approach both philosophical and practical. She wanted a garment that would visualize her ideas about the future: multicultural (Wilson is biracial) and eco-centric. The resulting jumpsuit has a bold, cross-cultural pattern and a solar panel (in the image here, Wilson’s iPod is actually powered by her outfit). And though it is an artist’s coverall, meant primarily for studio work, it’s also something Wilson can wear to teach a lecture or to a gallery opening.

“I’m inspired by avant garde fashion, but day to day it’s not useful to me,” Hayes said. “I don’t have the money and I need to get in and out of cars and walk around in an urban environment. A giant silhouette isn’t what we wear most of the time.”

Hayes has explored customization and collaboration in previous work. But beyond the aesthetic and political concerns of a particular show, she’s using her approach as a business model for her own design firm.

Hayes plans to launch Production Mode next year. She’s modeled the concept on the slow food movement: “slow” clothing production done locally and on a small scale. While customers won’t get to determine every aspect of their garments, they will get clothes made just for them: Each item from a line will be cut exactly to their size.

“Slow fashion means ethical production,” Hayes said. “The customer knows the provenance of each piece they buy. They’ll pay a premium, but for clothing that suits them and doesn’t just follow a trend, body or fashion ideal.”

To make this work, Hayes had to reconfigure the normal process of small scale clothing manufacturing: making a pattern by hand, grading it to size up or down, and then cutting the garments in stacks (or outsourcing the process to Latin America or Asia). Instead, she’ll rely on computer-aided design to automate her pattern making and digital cutting technology to mark, lay-out, and rapidly cut her unique patterns.

Rather than investing in a digital cutter upfront, Hayes has outsourced that process to 1154 Lille Studio, which owns a machine. In fact, it was while working at Lille that Hayes developed her own made-to-order chops and became familiar with the tech required to envision a new production process based on customization.

Hayes estimates her garments will run between two and three hundred dollars for women’s dresses and men’s jackets.

“I can’t compete with the prices at Target or H&M,” Hayes said. “But I can compete by offering an ethically produced garment, which also has a much more flattering fit. That’s a value proposition you can’t get even at the designer clothing level.”

Hayes thinks that specificity is what will allow her to compete in the global market - not an easy prospect for a local manufacturer. Still, having looked at the challenges facing even the most enterprising of small clothing manufacturers, it is hard to imagine Hayes’ venture, still untested, won’t struggle to get off the ground. She says she developed her business plan with the help of the Women’s Business Development Center, and her numbers and plan look good.

And though her idea is a throwback, to the days of dressmakers and bespoke fashion, it’s also in touch with current trends rippling and sometimes rocking fashion and other creative enterprises: less hierarchy and pronouncements from on-high, more crowd sourcing and customer participation in design.

“Even fashion that bubbles up from the street has to get a fancy label and name thrown on it to be legitimized,” Hayes said. “I’m not legitimizing something through use of brand name, logo. I’m inviting people to be part of the conversation.”