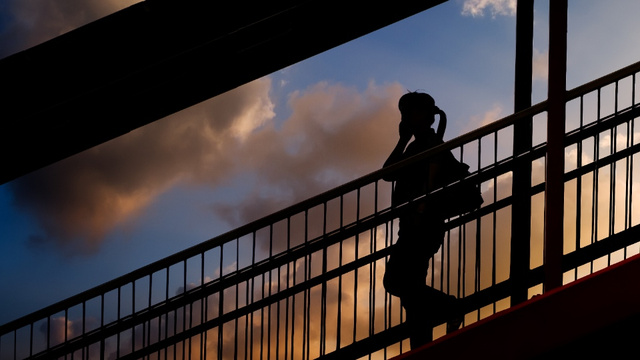 Out of all the violent crimes that take place in Chicago each year (including 506 homicides in 2012, the vast majority of them gun-related, and 62 in 2013 so far), tragedies involving young innocents like Hadiya Pendleton and Jonylah Watkins are always the ones that affect us the most.
We see their smiling faces--so alive and so full of promise--and our hearts break, as we imagine our daughters, our grandaughters and even ourselves at that age. Then, we shudder with the horrible realization: that could have been my daughter, my grandaughter. That could have been me.
As a young woman living in Chicago for the past several years, first in the South Loop and now on the edge of Logan Square and Avondale, I have grown somewhat desensitized to the epidemic of violence that I see as little red dots in my morning paper. I often venture to "sketchy" neighborhoods to cover a story, and I usually don't think twice about walking home by myself at 2 a.m. However, when I hear about a shooting just a couple of blocks from my apartment, or listen to a friend tell her story of getting mugged at bus stop just steps from my front door, I wonder if this bubble of safety that I've created for myself is really just an illusion.
The mentality of "it could never happen to me, because I don't live in x neighborhood and I don't know anyone in a gang" is the easiest way to distance oneself from the crimes happening on a daily basis here in Chicago (and in most cities across the United States, for that matter). Still, does this "blinders-on" approach really help us in the long run, or does it just keep us more segregated from each other and ultimately less safe as a whole?
Obviously, living in fear and paranoia doesn't help either; but to go the opposite route and refuse to educate oneself on the possible dangers of city life is just as detrimental, if not more so. Women in particular need to remain on constant alert, no matter how "safe" they may feel in a given neighborhood. Also, knowledge of basic self-defense is paramount, because let's face it: nobody thinks that they'll be a victim of a crime--whether it be an iPhone theft on the El or a random shooting right outside their home or workplace- until it happens to them.
And even if you think that you don't really need to take a self-defense class or keep a can of pepper spray in your purse at all times, statistics prove that being a woman automatically puts a target on your back. Of course, women are just as capable of violent behavior as their male counterparts (infanticide being a prime example), but the unfortunate truth remains that men are 10 times more likely than women to commit murder, and a woman walking alone at night has much more to fear than an innocent man in the same position.
So, what can we do to empower ourselves as women and avoid becoming victims?
- Learn basic self-defense. A physical and/or sexual assault can often be thwarted by the simplest of maneuvers: a hard palm strike to the nose, a swift kick to the groin or a strong blast of pepper spray to temporarily blind your attacker and give you a chance to escape.
- Travel with a friend or in a group whenever possible, especially when navigating the city at night. If you are walking alone, make sure to stay in well-lit areas with lots of other people around.
- If you think someone is following you, switch directions or cross to the other side of the street. If the person continues to follow you, move quickly toward an open store, restaurant or house with lights on. Don't be afraid to yell for help, although "Fire!" is usually the best way to get people's attention.
- Resist taking your phone out while walking down the street or riding on the bus or train. Keep all valuables safely tucked away and out of reach.
- Always be aware of your surroundings. Look up, walk "with a purpose" and avoid wearing headphones that will drown out what's happening around you.
- If someone does try to rob you, don't resist. Give up your belongings immediately (purse, wallet, etc.) and the mugger will be less likely to hurt you in the process. Credit cards can be cancelled and iPhones replaced, but your life is invaluable.
Leah writes about popular culture for WBEZ. Follow her on Twitter at @leahkpickett.