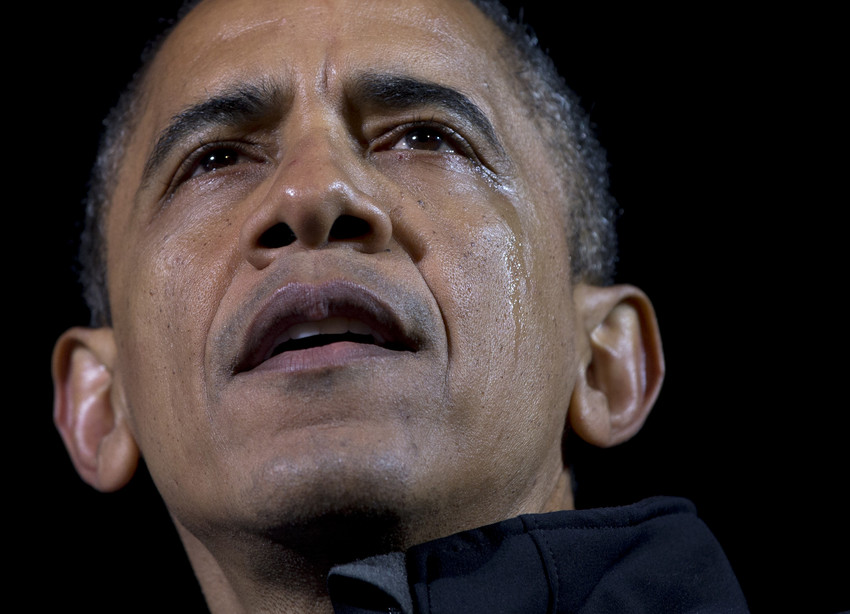 1. Virginia closes its polls a 7 p.m. and though the focus these last few days has been almost exclusively on Ohio to win, Virginia might be a greater bellwether early on for how the rest of the night will go. If Mitt Romney wins Virginia, he has a real shot at the presidency (and it will be a very long night). If Barack Obama wins, there will be a giant sigh of relief at McCormick Place. Ohio becomes less necessary to Obama with a Virginia victory; he can even afford to lose the Buckeye state.

2. Polls close at 8 p.m. in Pennsylvania and Florida. Obama doesn’t expect to win Florida’s 29 Electoral College votes, but if his get-out-the-vote machine in the center of the state actually motivates Florida's Puerto Rican voters, he could squeak through.

A few things to consider in Florida: The ballot has 11 amendments, the longest in Florida history, and voters are taking up to an hour to fill it out — which means a lot of folks could get discouraged and walk away from the lines before casting their ballot. Moreover, there are new rules for provisional voting that could invalidate thousands of ballots within 48 hours of the vote; if it’s close, Florida might not be settled until the end of the week, if that.

But if somehow Obama takes Florida, it’s pretty much over (even Romney’s people believe this). Conversely, if Romney takes Pennsylvania, the night will have gotten pretty ugly for Obama. There aren’t a whole lot of places to make up those 20 electoral votes and Ohio becomes imperative for the president. Obama supporters can’t be cavalier about Pennsylvania: The polls are within the margin of error and Romney drew 30,000 people — the most of the campaign — to a rally in the Philly burbs Monday night.

3. There are a million things to watch in Ohio, but for me there’s one crucial element: Libertarian candidate Gary Johnson, who’s polling about 4 percent. If he does at least that well, Obama will most likely win Ohio, no matter what happens in Hamilton County, Ohio’s great presidential harbinger. Johnson, the former GOP governor of New Mexico, is attractive to Ron Paul supporters still smarting from Romney’s rebuff at the Republican convention. In other words, Johnson will likely draw many more GOP and independent voters (who have been breaking for Romney) than from traditional Democratic ranks. The other biggie to watch in Ohio is Secretary of State Scott Husted’s shennanigans, which may include trying to toss out provisional ballots he deems not properly filed.

4. Latinos are going to make the difference in this election, and may even be a factor in Ohio, where 166,000 registered Latino votes could be Obama’s margin of victory. Where else? North Carolina and Virginia both have huge new numbers of Hispanic registered voters. Early voting suggests Latino numbers are significantly over 2008, even in places like Georgia. The real sign of the future, though, is Arizona, where the Latino population will likely be a majority in 2016. Right now, though not considered a swing state, the president and Romney are neck and neck in Jan Brewer’s back yard, and Arizonans may elect — or come awfully close to electing — a Latino senator. Arizona may end up being very important in this election, or not at all. But it’ll be crucial next time around.

5. Keep an eye on Minnesota. Sure, it’s been Democratic since forever. It’s got a strong libertarian and just plain wacko streak. It’s actually got third parties that matter: The Farmer-Labor Party (which usually teams up with the Dems) and the Independence Party. But it’s also got a huge evangelical population, about 25 percent of the total. And they will be motivated to vote today: there’s an amendment on the ballot to write the state’s same sex marriage ban into the constitution. Polls suggest it’s an even call on that. Evangelicals prompted by same sex marriage issues are more likely to vote for Romney than Obama. Could Minnesota tip? It may be far-fetched but state polls suggest a presidential race here within the margin of error. Other states with same sex marriage referendums are Maine, Washington and Maryland — but all three of those appear to lean in favor (these would be the first statewide victories for same sex marriage in more than 30 ballot tries).