Camille Fiess is a native of St. Louis who grew up recycling.

It comes as “second nature,” she says.

So when she moved to Chicago in 2017, she wanted to make sure she understood how Chicago’s recycling program worked so her recycled goods didn’t end up in the landfill.

So she reached out to Curious City with a question:

What are the recycling rules in Chicago?

To answer Camille’s question, Curious City spoke with Waste Management staff and city officials to put together five tips for how to make sure you’re recycling correctly. You can check them out in the video below: 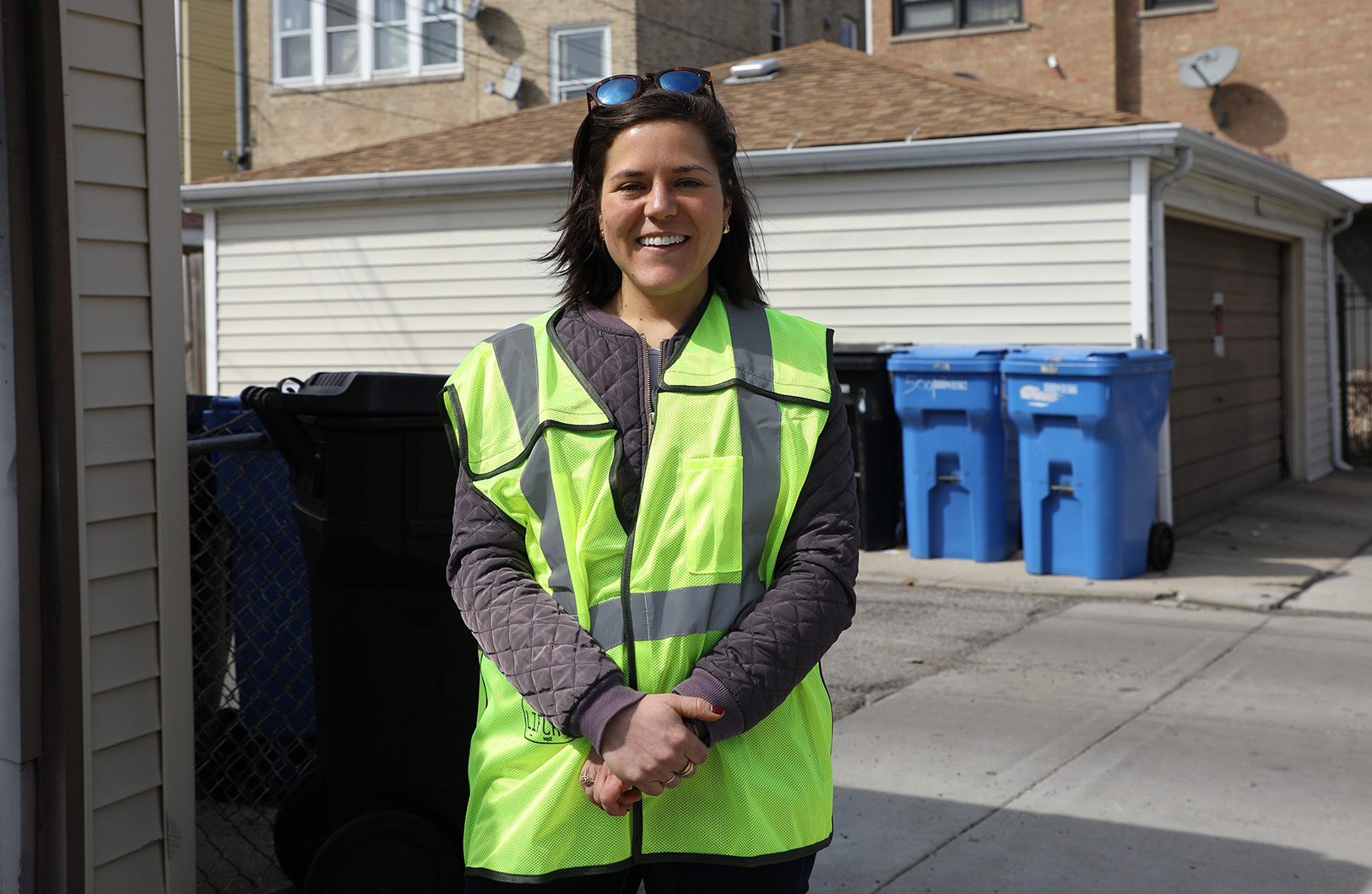 Camille Fiess does background checks for a living and so, as you might guess, she likes to ask a lot of questions. When Curious City took her out on a ride-along with Waste Management and city officials, she fired off multiple questions about how the system worked and even advised them on how they could do it better.

One of Camille’s suggestions was to stop relying on postcards to educate residents on the do’s and don’ts of recycling.

“Think about maybe putting ads on the CTA,” she advised. “That’s where people my age get a lot of information.”

Camille says she was surprised by what she heard during the ride-along.

“I learned that you can recycle pizza boxes,” she says. “And so instead of taking my roommates’ pizza boxes out of the recycling and putting them in the trash, I can keep them in there.”

Although she says she took away a lot of eye opening new tips from the tour, Camille was disappointed by the answer to her original question about whether her rule-breaking neighbor could sabotage her communal recycling bin with non-recyclable items.

“I learned that if my neighbor puts in contaminated goods mix in with goods that are not contamed from me, depending on the level of contamination, that will be deemed trash and not recycling,” she says. “So I did get an answer but I don’t necessarily like it. That being said, I can try to recycle elsewhere and I am going to try to find other ways to recycle, like drop off centers.”

Mackenzie Crosson is the multimedia intern for Curious City. You can get in touch with her at mcrosson@wbez.org.