Illinois officials said Friday some 6,800 buildings have been affected by "unprecedented" flooding north of Chicago, and the damage is expected to worsen this weekend as water flows down rivers into the state from Wisconsin.

"Folks think 'Well it's not raining anymore. Things are just fine, they're getting better.' Well they're not," Illinois Gov. Bruce Rauner said following a tour of the area. "This is dangerous, and the danger has not gone away."

The National Weather Service says the Des Plaines River and Fox River could crest on Saturday. Rauner said that could prompt local officials to evacuate some neighborhoods and communities.

Heavy rainfall that hit the Midwest on Wednesday knocked out power to thousands and closed roadways. Power outages caused by flooding forced the evacuation Wednesday of Lake Forest Hospital in suburban Chicago. Power was restored that night, but Northwestern Medicine says the hospital remains closed Friday while damaged infrastructure is restored. 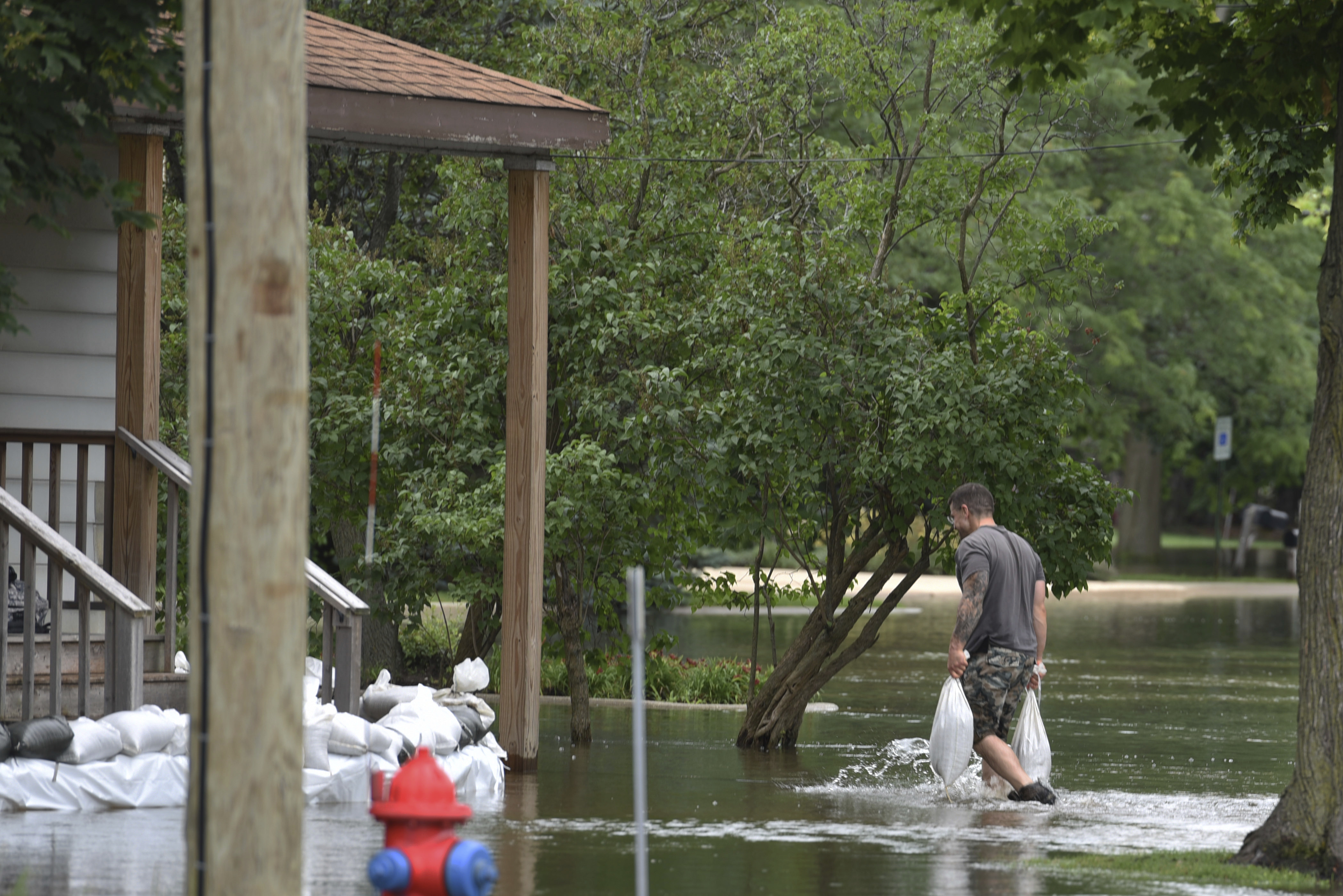 Wisconsin Gov. Scott Walker declared a state of emergency in Kenosha, Racine, and Walworth counties on Thursday, and the National Guard was helping local officials go door-to-door to check on people.

Lake County, Illinois, issued a disaster declaration, and Rauner said Friday his office is assessing whether a state declaration is needed.

Of the roughly 6,800 buildings that have been affected, about 2,100 are submerged — many along the Chain O'Lakes, Lake County Board Chairman Aaron Lawlor said. Officials predict there could be 5,800 submerged structures before the waters recede, he said.

Lawlor said the flooding is expected to be worse than the damage in 2013, the last time the area was hit, because rains "came down right on top of us."

"This is an unprecedented flood," he said.