On a sunny afternoon this week, students from Chicago’s Polaris Charter Academy went outside to play.

The West Side grammar school has been directly affected by Chicago’s gun violence. Students were kept inside for recess for more than two months this winter and spring after there were multiple mid-day shootings nearby, school leaders say. 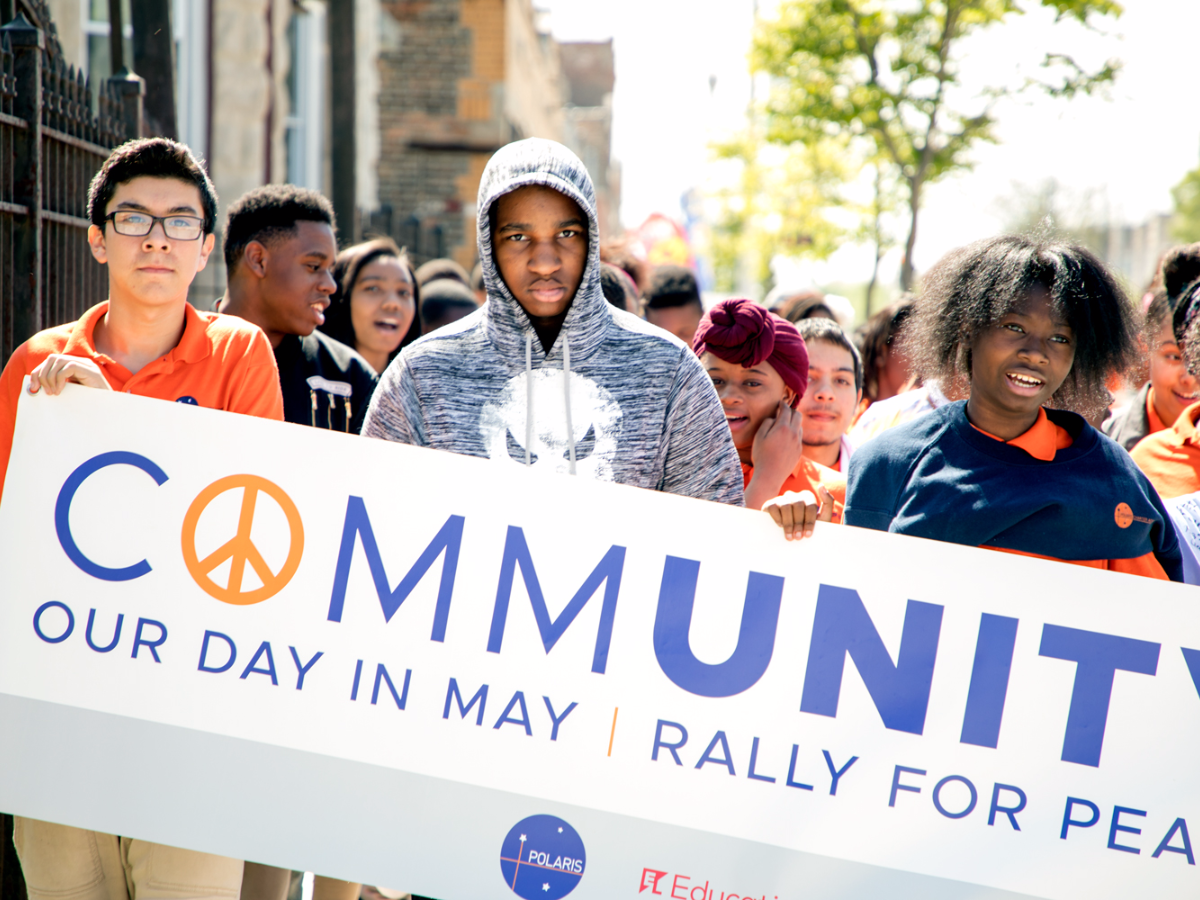 But on Thursday, the school’s 450 students marched for peace on the blocks around their school. Then they played football, climbed on the playground equipment and danced in a nearby park. They called it “Our Day in May.” 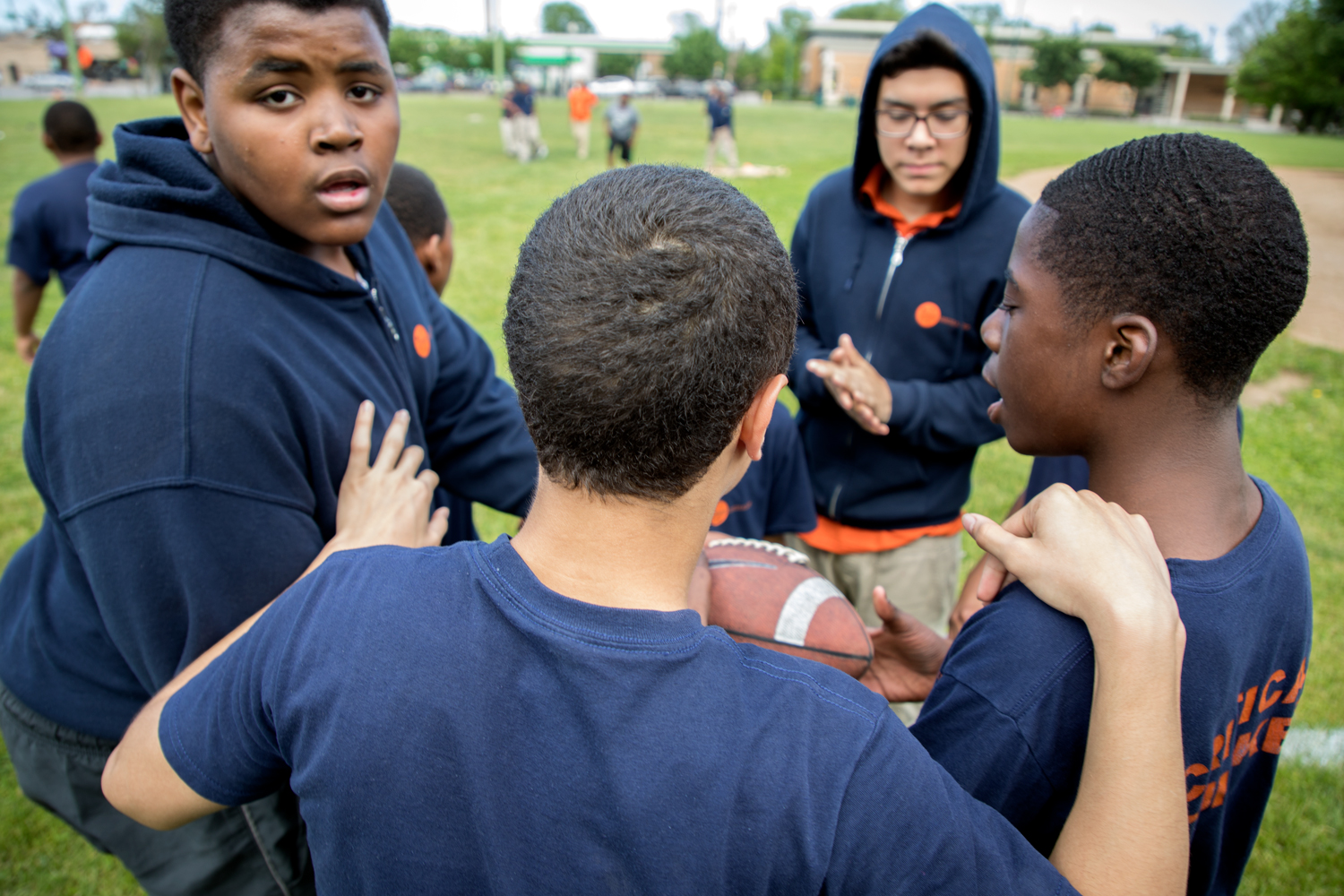 “We are not going away, we deserve a place to play,” they chanted. 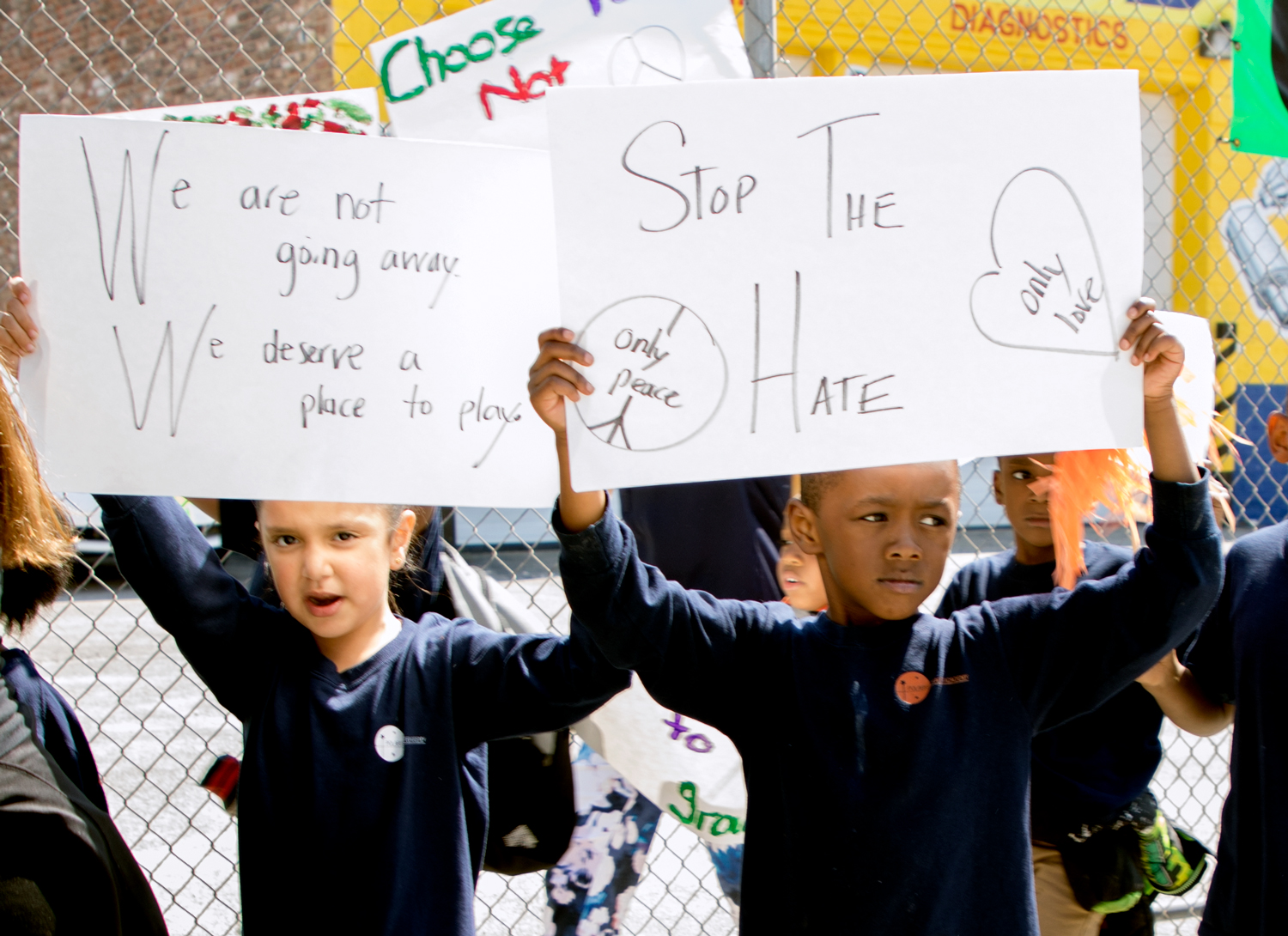 They made a plea to “stop the hate.” 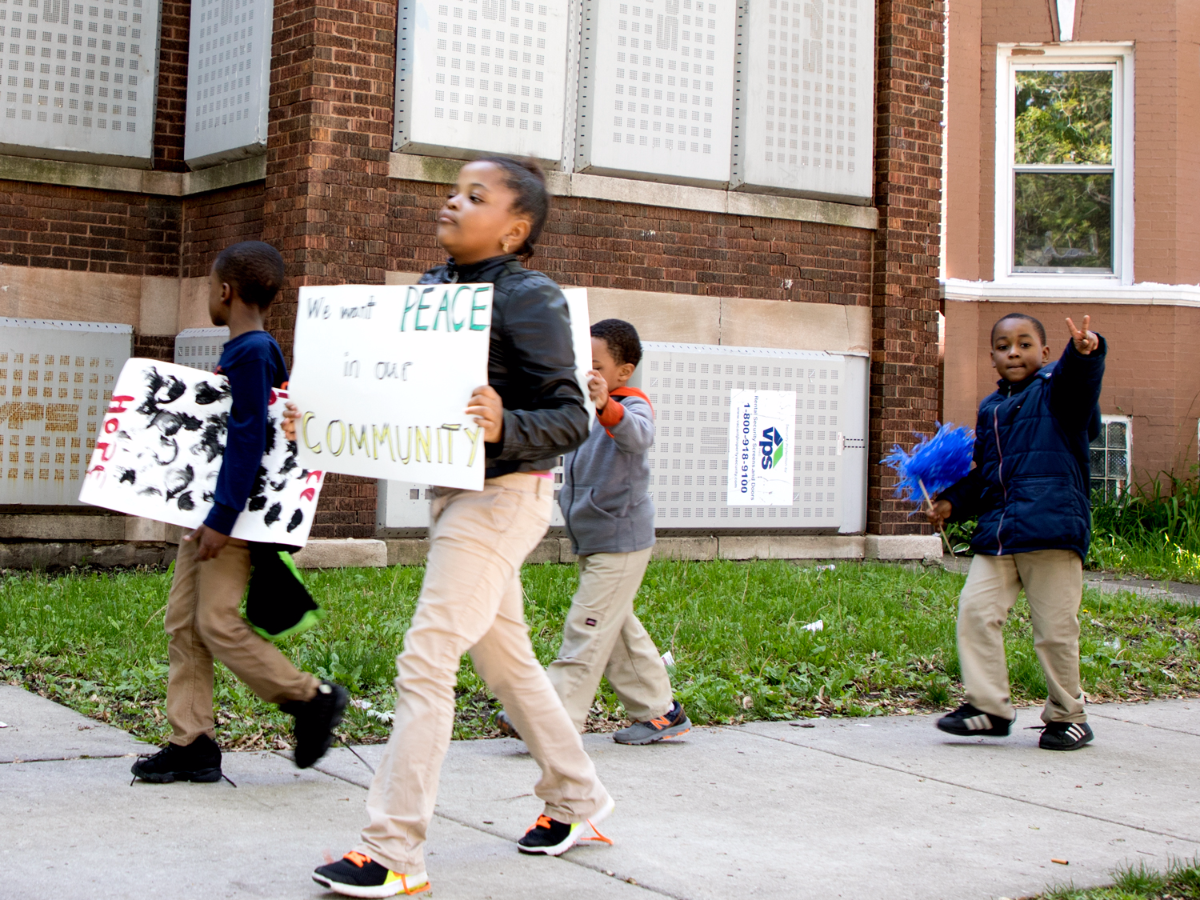 They carried signs calling for “peace in our community.” 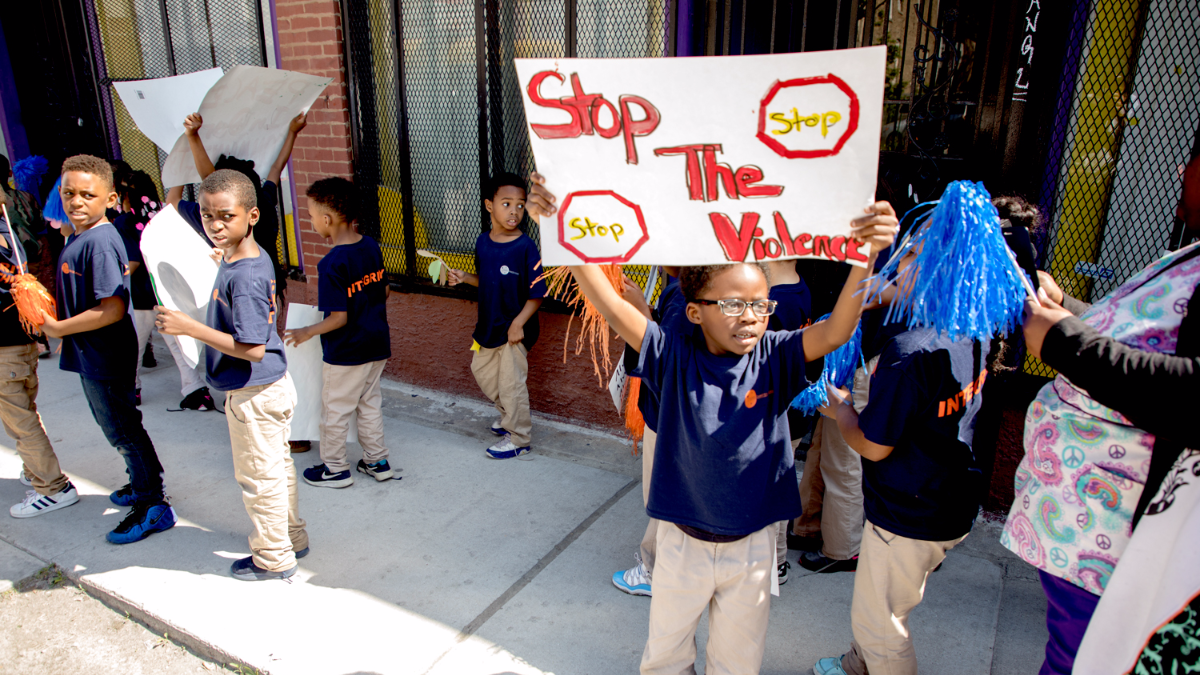 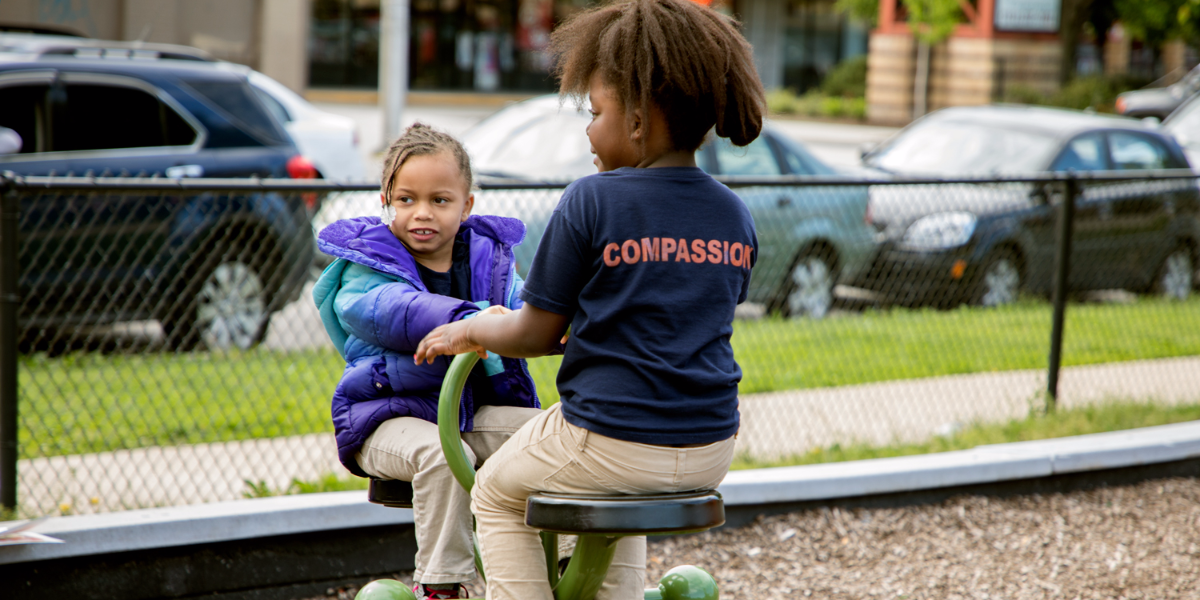 “‘Our Day in May’ is a time to play,” said Jakhiya White, an eighth grader. “The kids in our community and in our school need a day to have fun with each other and not think about getting shot.” 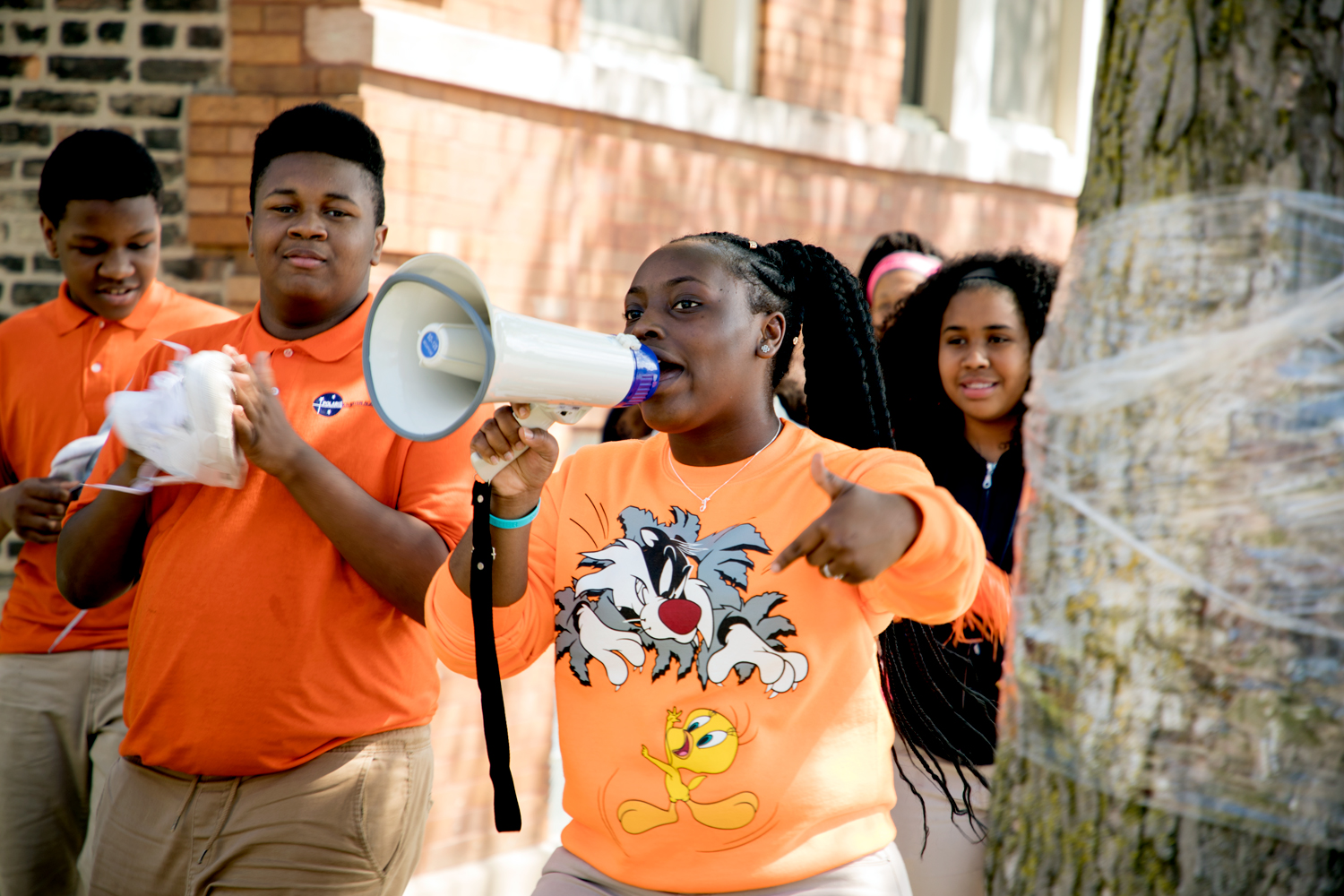 The Polaris event is one of many rallies and protests at schools around the city this week in what’s becoming an annual ritual to mark the end of school and the beginning of summer, a time when shootings spike. 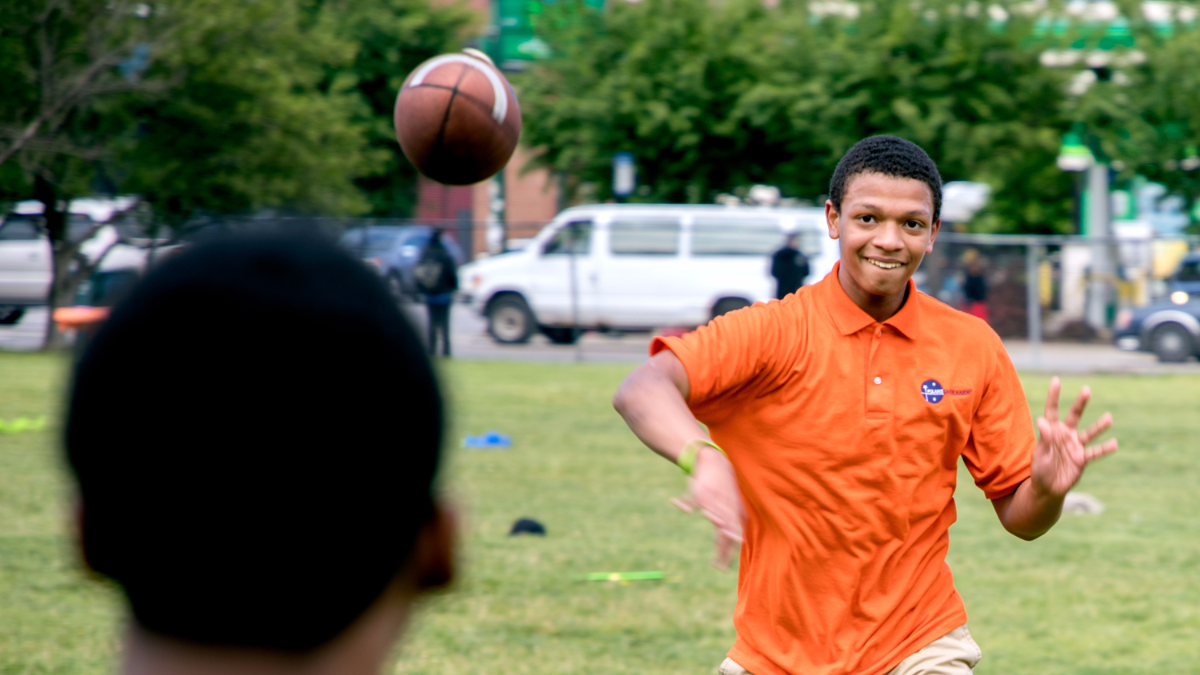 “I think if we weren’t doing anything about it, I think we’d be part of the problem because we’re like being bystanders and that’s not what we want to be,” said Ezekiel Boose, a Polaris student. Ezekiel and his classmates said “Our Day in May” is an outgrowth of what they learned from studying the civil rights movement at school.

The school’s eighth graders organized the march to stand up to gun violence. Their class polled classmates and found 90 percent of seventh and eighth graders know someone who has been was shot. They say 31 of students reported knowing at least five people who’ve been killed. 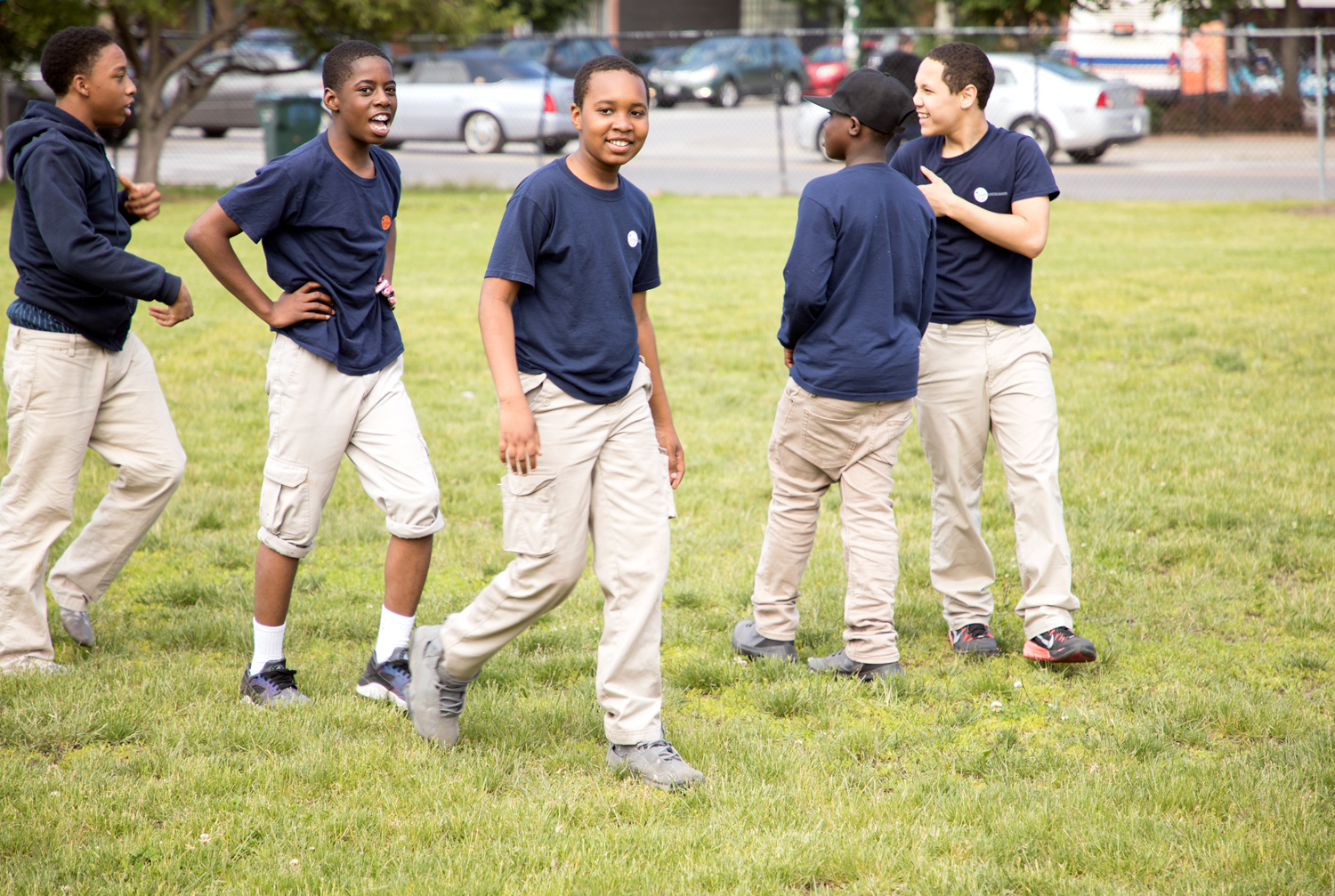 “Not only can adults make a change,” said 13-year-old Daimon Ware. “But children can too.”

Linda Lutton covers education for WBEZ. Follow her at @WBEZeducation.