Frances Ha is a truly great film. It appears light and lovely and even (lovingly) frivolous and it is all of those things. But it is also very, very good. If one gives it the chance it deserves, it might even surprise and delight.

Yes, the movie was filmed in black and white, giving Manhattan and Brooklyn and Paris and even a small house in Sacramento a certain beauty that romanticizes the story line.

Yes, the dialogue can be fast and unnatural.

And yes, the end which wraps up almost too nicely can feel frustrating knowing the journey beforehand. But these things should not deter from the film as a whole. If films are meant to offer slices of life, then Frances Ha offers just that. Life is not a perfect narrative, but one that changes course along the way turning from comedy to drama and back again. 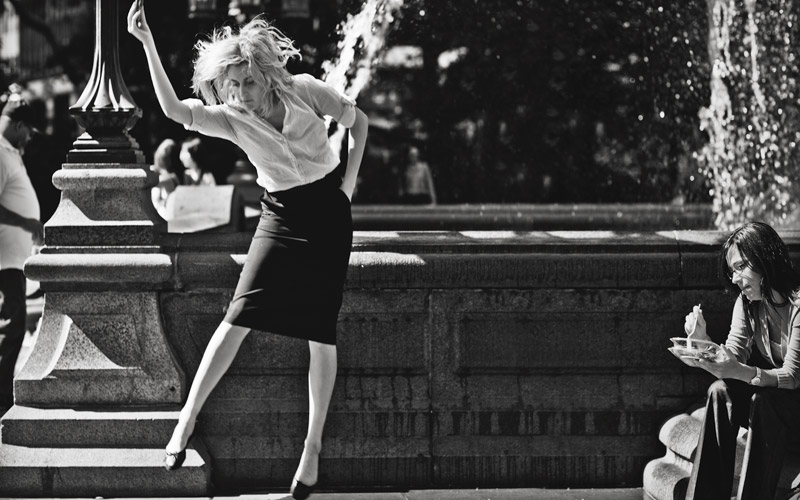 Frances stumbles onto the screen. And once she is there, it is hard to imagine her not there. She stumbles in both her conversations (never graceful, always uncomfortable) and in her physicality. Greta Gerwig is a tall actress, not entirely a rarity in Hollywood. But she has a physical presence on screen in Frances Ha (a film she co-wrote with director Noah Baumbach) that is captivating and demanding. It was evident in early mumblecore films such as Hannah Takes the Stairs and director Baumbach’s Greenberg. It is especially evident here. Yes, she is the star of the film. But even if she wasn’t, even if she was a minor character like the few minor yet perfect characters that pop up in Frances Ha throughout her 18-month journey (such as the always enigmatic Adam Driver as roommate #2 Lev), she would still demand attention. That Frances is an aspiring modern dancer only further highlights the ways in which life literally changes the machinations of our body.

Frances Ha is a movie about many things. On the surface, it appears to be about millennials. Frances faces big and little disappointments that slowly try to break her spirit. Her best friend moves out of their apartment and into Manhattan. The rent on her Chinatown shared apartment goes up past what she can afford. She is not asked to be a part of her company’s winter performances. These situations are physically affecting on Frances, if only temporarily. One sees it in her hunched shoulders or her face, a brief tell. But through it all she maintains a sort of millennial optimism that emphasizes finding joy in what life has given you, even if it is not perfect.

Frances is a character both easy and not easy to love. This is common for most Baumbach characters, but her possible lack of appeal stems more from her optimism and enthusiasm than from his typical pessimism and cruelty. In many ways, she might seem unreal. There is a perception that millennials want everything and want it immediately. But Frances Ha shows the reality, one that merely asks that happiness be possible. More than anything, the movie is a story about the loss of friendships. It seems impossible that the friends we hold so dear can one day slip away from us. But perhaps a part of us has always known that this might (or would certainly) happen and it is too difficult to understand. 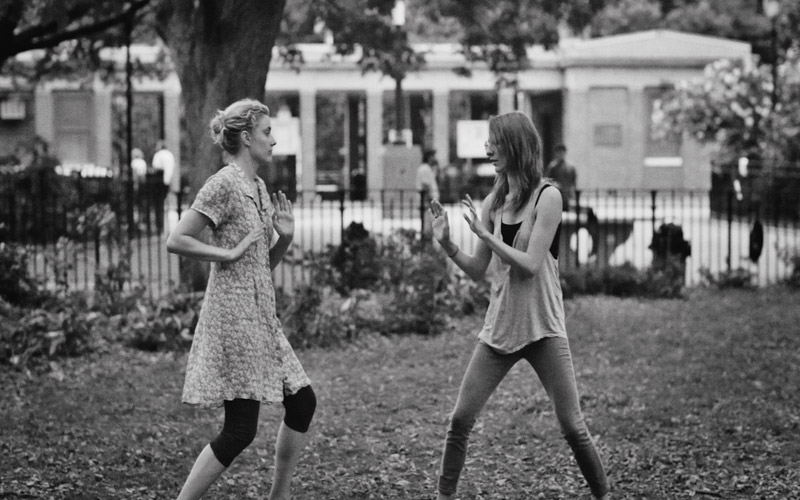 This is a story told through Frances’ perspective. We assume that Frances’ roommate does not like her boyfriend because Frances does not like him. But she stays with him. This continues to shock Frances. But what does Frances truly know about the world around her? What does she know about the people around her? When best friend Sophie moves to Tribeca, Frances takes it almost like an act of betrayal. Maybe it is. It is not impossible to imagine being in a similar situation. But Sophie supposedly expressed her desire to live in Tribeca before. That this dream would involve Frances factored little into her motivation. In friendship, we hope to find someone agreeable. In reality, we find this and something more: an actual individual person with hopes and dreams and desires. Even having diverging interests can fracture a friendship. The things we do, the people we hold dear, can change the course of our lives forever.

The film greatly supports the power and strength of female friendships too. They are unique and precious and to have a truly great best friend as a woman with another woman is to know love that transcends the complications of life. To lose that, then, is to lose comfort and security. It is the loss of someone we think we know as well as ourselves. It is the loss of self.

Dreams change. Friendships slip away. This is difficult to process. It seems unfair. Recognizing what you saw for yourself and what life actually gave you can be heartbreaking. This is what Frances Ha reminds its audience. I went to see the film on a Monday afternoon. The audience was largely comprised of middle-age couples, probably the ideal Baumbach audience. There were very few people my age and that is a shame because this is a film for them – for "us" – in a way that many films are not.

I can understand now why a show like Girls is popular even when many people (including me) do not like it. It is rare to see that life, the one of a young woman, reflected back on the screen. Not all fiction needs to be a study in our own desires for self-reflection. But its lack of presence in popular culture points to how refreshing it is to see on screen. Living through it now, it is difficult to say whether or not the millennial situation is worse than previous generations. But it is certainly unique and complicated in a way that very few have captured honestly. In Frances Ha, we are given a movie that understands. It does not condescend. It loves and loves fiercely.

Frances Ha is in theaters now. Britt Julious blogs about culture in and outside of Chicago. Follow Britt's essays for WBEZ's Tumblr or on Twitter @britticisms.