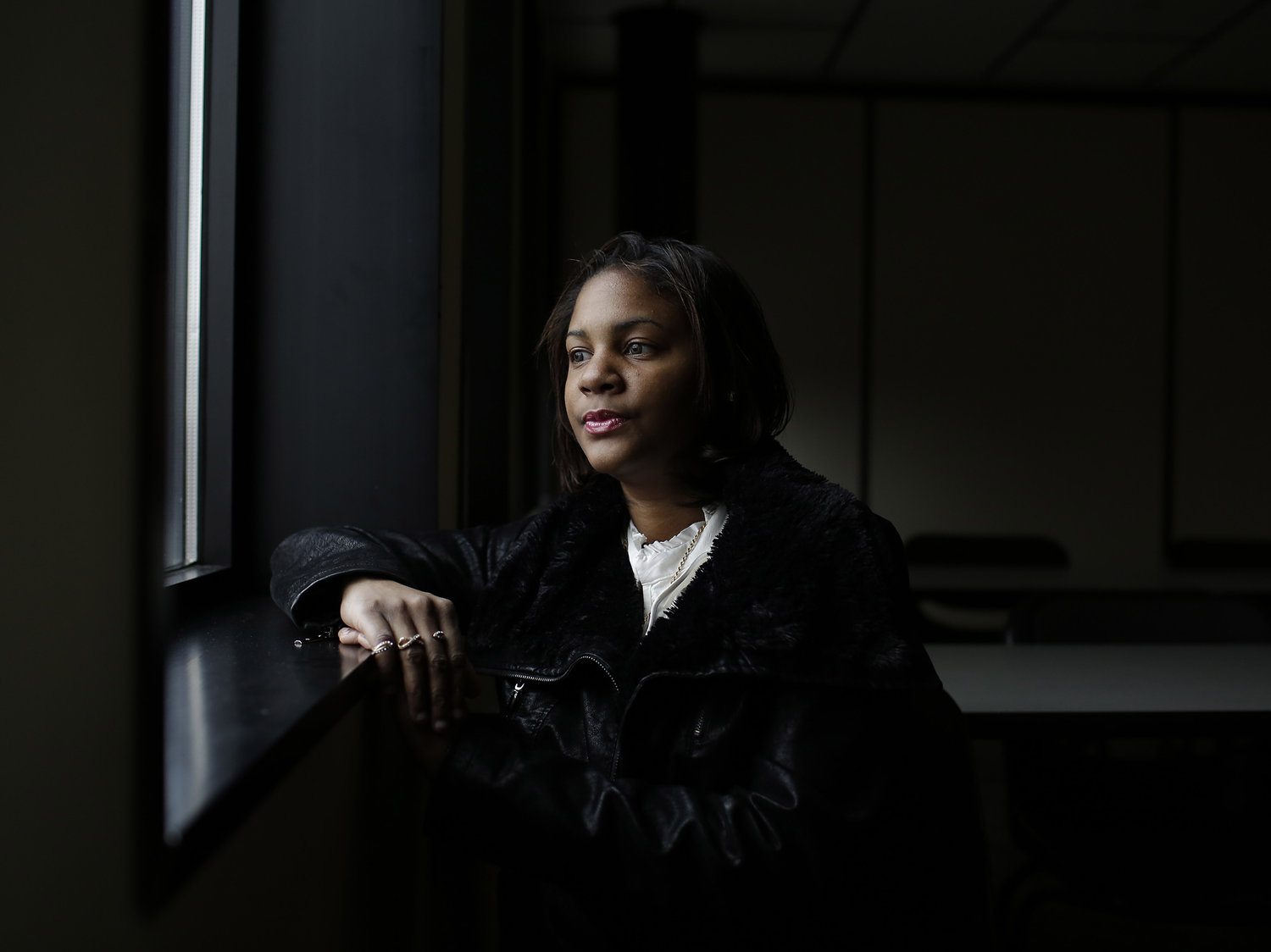 By the time she aged out of foster care, Jasmine Uqdah had spent nearly half her life in the system. On a summer day in 2008, Uqdah grabbed her duffel bag and two small garbage bags, and she stuffed everything she owned inside.

It wasn't much — just some clothes and a few stuffed animals. She said her goodbyes to her foster family in Detroit and moved out. She was 18 years old.

Uqdah was one of the more than 20,000 young people who age out of foster care in the U.S. every year. For most, the outcomes aren't great. They're heading out into the world with next to nothing — no family, no money, no support.

Roughly half drop out of high school, and few of those who do make it to college graduate. One study, which was conducted by researchers at the University of Chicago, found that only 2.5 percent of former foster children in the Midwest had graduated from college by age 26.

Some states like Michigan are trying to bring that success rate way up, finding the money and other support needed to give young people like Jasmine Uqdah a fair shot at success.

Uqdah's dad died when she was 4, so while she was growing up in metro Detroit, it was pretty much just her and her mom. She doesn't like to talk much about her past, except to say that life with her mom wasn't great and that she was eventually removed and placed in foster care.

Uqdah says she understands now that it was for the best. At the time, though, she recalls, "I felt a lot of anger ... because I didn't understand why I was in this situation."

Uqdah is easy to talk to; she seems to make friends pretty easily. It's a good thing, too, considering how many times she's had to start over.

The one constant in her life is a pillow she's had since she was a teenager. It's shaped like Mickey Mouse. She likes how his ears stick out, just like hers. Having it with her has made moving around a little easier. And she has moved a lot: 15 different schools, 24 different foster homes.

With Uqdah, I ran through a quick checklist of what she had — or rather what she didn't have — when she aged out:

"I didn't even know how to properly fill my refrigerator," she jokes. "I had like 10 boxes of cereal and one gallon of milk, and some Hot Pockets."

Jasmine Uqdah also had an acceptance letter to Wayne State University in Detroit. What she didn't have was money to pay for it.

This was back in 2008, when there were some scholarships specifically for foster youth, but not a lot. The only thing Uqdah qualified for was a $2,500 Federal Pell Grant. The rest she had to take out in loans.

"It's pretty difficult to stay focused on your education when you have to worry about other life issues — like having somewhere to stay, having food to eat and just the general support for motivation to stay in school," she says.

She had a typical freshmen schedule at Wayne State: math, English comp, world history. College was harder than she thought, and she wasn't used to big lecture-hall classes with a couple hundred students.

Uqdah says that trying to balance school, a part-time job, money and life all on her own became overwhelming. So she dropped out after two semesters — already more than $15,000 in debt — and took a second job as a meat slicer at a Detroit market.

Help From The State

But she never stopped dreaming about college.

A couple of years ago she decided to re-enroll — this time, at a community college. And there's another thing that's different this time around: It's free. Uqdah doesn't have to pay a thing.

Over the last few years, there's been a nationwide push to get more former foster youth to college. Michigan, in conjunction with its colleges and universities, is among a growing list of states to offer what's essentially a full ride — or close to it — for youth who have aged out of the system. 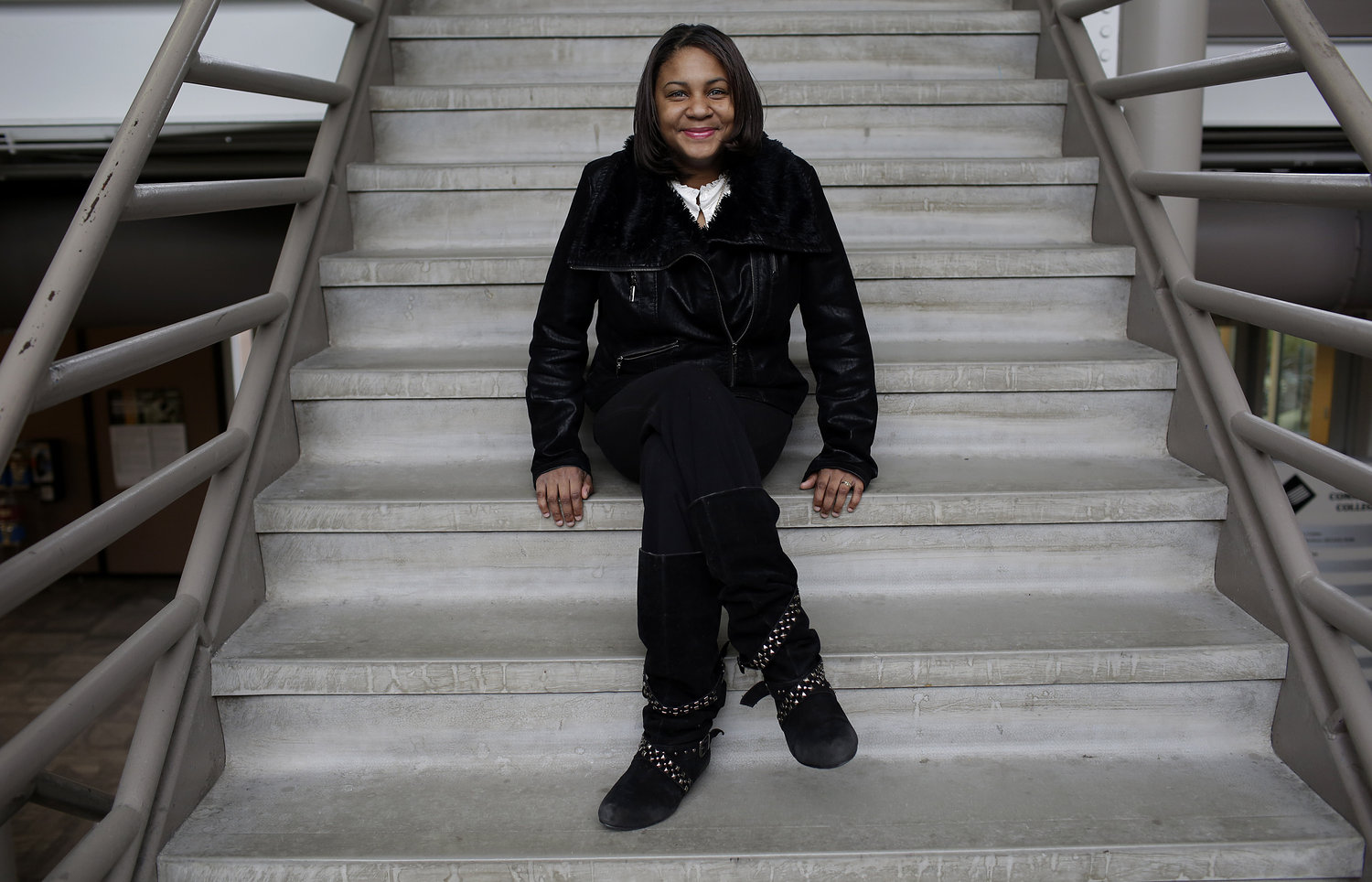 The goal of her project is to help every foster youth in the state get into college and, eventually, to graduate. Day says that in order to succeed, these young people need more than just a scholarship.

"They need the people on campuses," says Day, "who can walk them through those challenges of: 'I don't know what I'm going to major in!' 'Where do I live?' 'How do I navigate peer relationships?' "

Maddy Day says the most successful programs provide year round housing, a way to connect with other former foster youth and "campus coaches" who are on call 24 hours a day to help.

There are some schools across the country that offer all that, and they have a pretty good track record in terms of improving graduation rates for former foster youth. The jury's still out, though, on whether tuition assistance alone is enough.

Jasmine Uqdah says it's made a huge difference.

"Now that I have my tuition paid for, I have no excuse whatsoever not to turn in any assignment," she says. She has her books and supplies, and she's on track to get her associate degree this winter. She then hopes to enroll at the University of Michigan in Flint to get her bachelor's degree in social work.

"It's just a great feeling to know that you're not five steps backward from the class," Uqdah says. "So if you fail, that's on you because you have no excuses at this point in time."

Jennifer Guerra @RadioJenG reports for the State of Opportunity project on Michigan Radio.