The media's runup to this weekend's NATO summit may have given many of us the impression that all of the protesters spread across downtown and far-flung neighborhoods are out-of-towners and that their sincerest wish is to bump into groups of  NATO dignitaries and give them a piece of their minds about military action in Afghanistan and beyond. 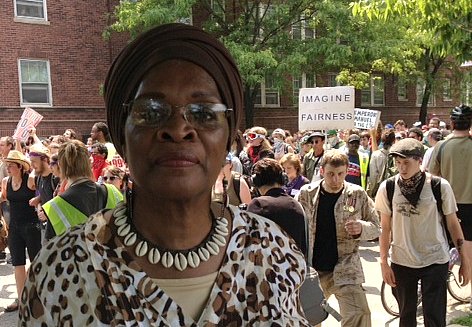 But in our attempt to profile individual protesters and how they came to Chicago, we found many locals sprinkled throughout the crowds and, sometimes, entire gatherings were organized around local issues.