Earlier this week Britain's Kate Middleton and Prince William won their injunction against the French magazine that ran topless vacation photos of the Duchess. The case was interesting, highlighting issues around free speech and the pointlessness of trying to contain scandalous images in the age of the Internet. The royals may have prohibited Closer and its relative publications from running any further photos, but that topless genie is out of the bottle — you can’t put it back in. 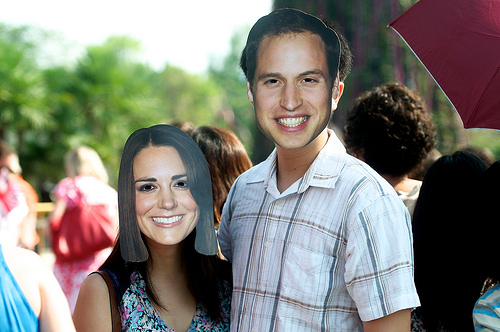 People have been quick to criticize Middleton, saying she should have known better than to sunbathe topless — even if she was on private property. I see their point but I feel for Kate. She and her husband have been so good: looking fabulous, smiling and waving through the Olympics, making their family look so happy and respectable through their tours. Her hair is always done, she’s always wearing pantyhose — she probably doesn’t even relax with many plates of cookies, like the rest of us.

Perhaps Kate should have known better, but she should also get points for being so well-behaved in an age when hardly anybody young, famous and good-looking is. She hasn’t released a sex tape, she doesn’t have a reality TV show, she doesn’t fight animals; she doesn’t feud with anyone over Twitter, nor does she use derogatory slang, get objectionable tattoos, drive drunk, get photographed smoking pot, throw drinks at people or smash paparazzo’s cameras. (But if the rumors that she’s been drinking while in the family way turn out to be true, evidence of that will garner more criticism than when Prince Harry dressed up as a Nazi. Remember that?)

The lady deserves to unwind for just a second. Is it so wrong that Kate wanted to do so by feeling the sun on her chest? She’s European, for goodness sake. (My mother’s retort to this: “She’s not European, she’s British.”) If you haven’t tried it, ladies, you might be surprised by how liberating it can feel. It’s just a glimpse, probably, of how guys feel all the time.

Maybe Kate’s real mistake is failing to profit from this so-called scandal. If she were a Kardashian, Hilton or any other member of American "royalty," she would have grabbed the controversy by the camera lens and milked it for all it was worth. She and William would have bought the rights to the photos and released them on their own terms — perhaps on one of those commemorative plates or dishtowels their countrymen seem to love so much. If rumored photos of the couple having sex ever turn up, they could definitely get their own Ryan Seacrest-produced reality TV show. They could even do an episode where the couple renews their vows and William buys Kate a nice new engagement ring.

I’m very grateful that I grew up shortly before the age of social networking, when one’s mistakes were mostly limited to word of mouth, and one's nudity or evidence of underage drinking or drug-taking couldn't be posted online or texted around the world. So I’m glad that she and William were able to win their fight against the creeps who took and published those pictures. Personally, I like Kate more for taking her top off, and not because I got a kick out of ogling her breasts (I mean, I got a small kick out of it — I’m not a robot). It shows she’s a woman who happens to live in the 21st century, a woman who still has the tiniest bit of independence and rebelliousness inside her.

But in true 21st century fashion, maybe next time she should jump in front of the story like the smart, calculating jerks we have come to embrace on this side of the pond. Maybe next time she could rent out advertising space —you-know-where.