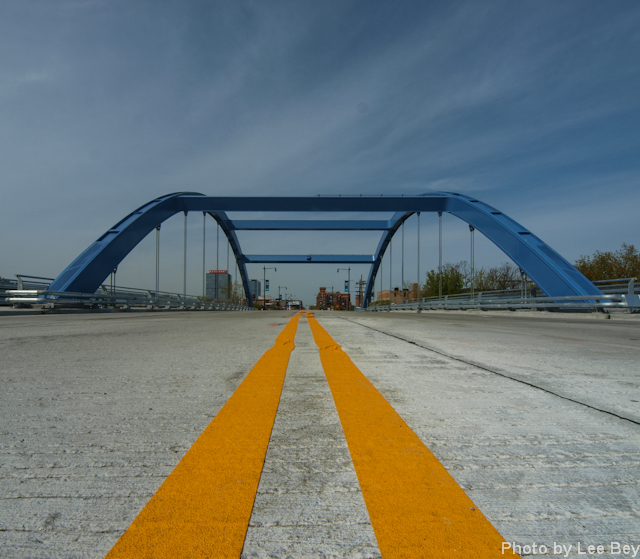 Here's one penalty for obeying the traffic law in this town: If you follow the detours around Halsted and Division, you'll miss an early look at the city's newly-completed bridge over the North Branch Canal.
Currently, the stretch of Halsted south of Division is only open to local car traffic as additional work continues on another bridge a little farther south on the street. With not much traffic to spoil the view, go see the new graceful, minimalist tied-arch bridge designed by Chicago's Muller + Muller -- the firm responsible for the (formerly) red-arched Damen Avenue bridge over the North Branch -- with Lochner, an engineering company.
Completed late last year, the fixed bridge, done-up in Chicago Blue, replaces a trussed, muscular and rusting bascule bridge from 1909. The nearby Division Street bridge is of the same vintage and, sadly, condition as the old Halsted bridge. The two spans in close proximity provide an interesting contrast: 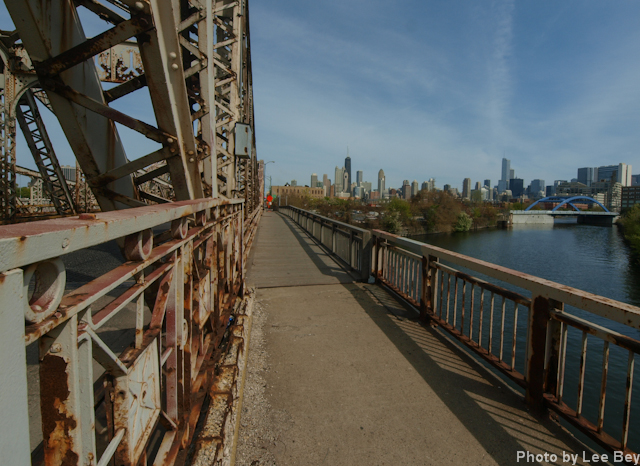 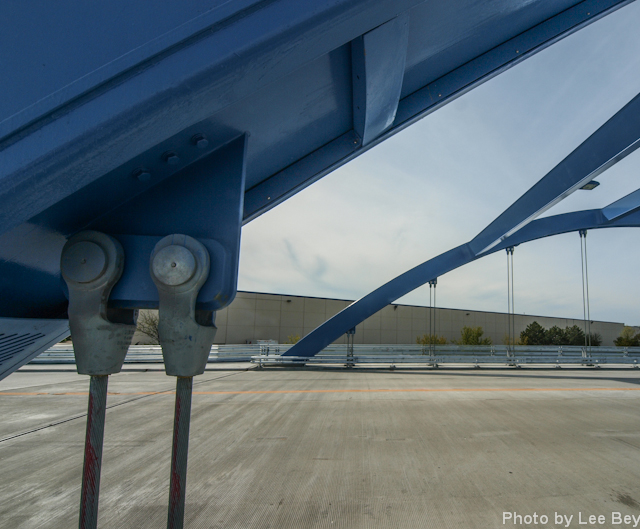 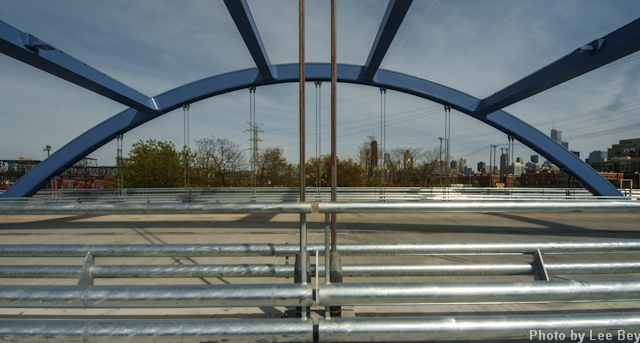 In addition to the new railing seen in the above photo, the completed bridge features two traffic lanes in each direction and marked bike lanes, according to the city's Department of Transportation.

One last thing: The old Halsted and Division bridges have prominent roles in Thief, director Michael Mann's filmed-in-Chicago 1981 masterpiece starring James Caan. Caan's character muscles his long-nosed circa 1980 Eldorado over the bridges at least twice in the movie. And the departed Halsted Bridge looms outside the curved office window of a plating company--the building is still there--in which Frank, played by Caan, warns a goof who gives him lip rather than cash. See it at the 1:20 mark in the trailer below:

And, read more about Thief and other '70s films shot in Chicago in Alison Cuddy's round-up today.