Chef and restaurateur Stephanie Izard moved to Chicago in 2000 to pursue her culinary career. By 2004, she opened her first restaurant, the seafood hotspot Scylla in Bucktown.

In the past seven years, Izard has opened three restaurants — Girl and the Goat, Little Goat and Duck Duck Goat — all of which have earned critical acclaim and keep packing in diners.

Izard is a Top Chef winner and recently became an Iron Chef after winning the TV show Iron Chef Gauntlet. Morning Shift host Jenn White talked with Izard about her award-winning restaurants, her approach to food and what it means to be an Iron Chef.

Jenn White: What’s one way your fans can get a taste of what you prepared for the Iron Chef Gauntlet?

Stephanie Izard: Seeing some of the other chefs do certain techniques, I was like, “oh, that was smart. I wanna learn how to do that.” The duck tartare actually ended up on the Girl and The Goat menu when I got back from taping [Iron Chef Gauntlet], and I couldn’t tell my staff why I decided that. I was like, “oh, I just got back from a fun trip in L.A. with my family, and now I’m going to put duck tartare on the menu for no particular reason.” And it’s still on the menu if anybody wants to try it. 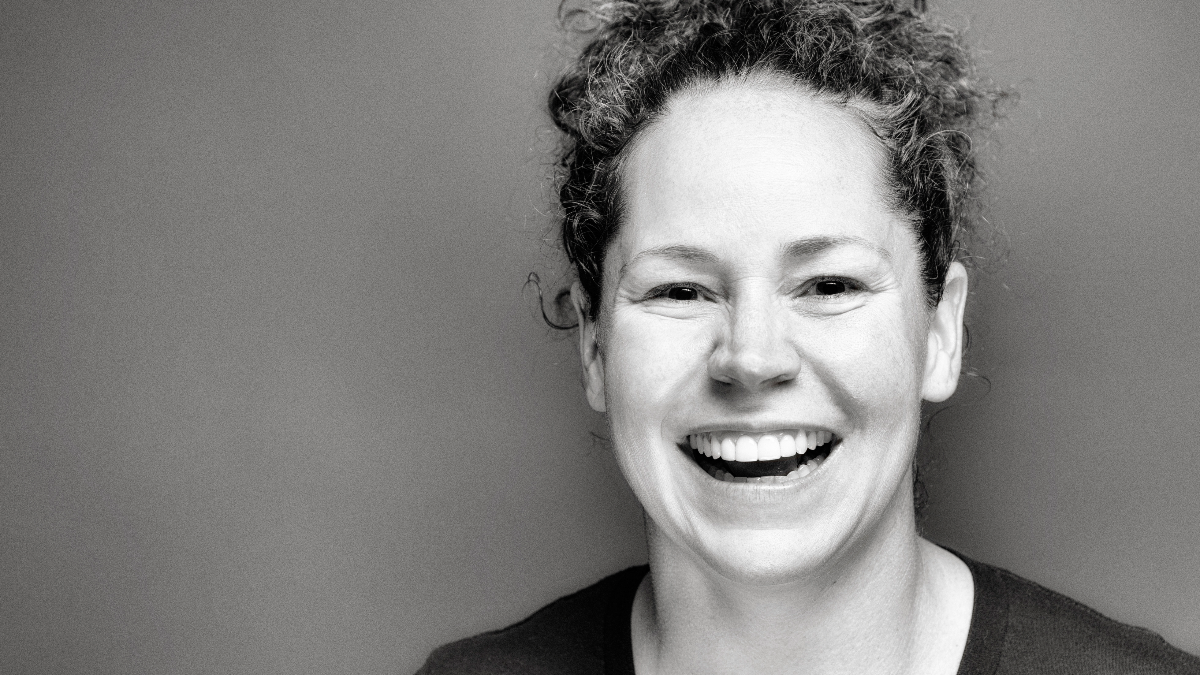 White: This time, Iron Chef relaunched with a new format. What was it like competing among other chefs in the most recent Gauntlet competition?

Izard: We were sitting around a table and kind of sizing one another like, “Alright, I know Sarah Grueneberg. Okay, she’s awesome, makes great pasta and other great flavors.” And, “okay, Jonathan Sawyer: his mind is like crazy with so many deep thoughts, but I don’t know exactly what he’d make.” And then there are the people whom you don’t even know. I’m sure we all left the room that day and Googled each other and looked at each others’ menus. You know, because there’s strategy to these kinds of competitions. When I was on TV before, I would just say don’t make anything gross.

But I think about just watching the other chefs when I got back. I actually texted Shota Nakajima the other day like, “remember that thing you did with the banana? What is that technique in the Japanese cooking called, because we’re doing that with salmon and I don’t know how to put it on the menu.” So the experience is great; you get to see what other chefs do and since we’re all supportive, we can go check out each other’s restaurants now and just be fun chef-friends.

White: We’ve got an ingredient challenge from our listeners. What could they do with the following foods?

Izard: I don’t see why we couldn’t make pepperoni ice cream. Maybe make a powder with the pepperoni and garnish it? Maybe make a cheese ice cream with a cool little dessert pizza crust. I’m a big fan of savory in my desserts.

Izard: Well it does melt better than cheddar, right? Tricky. I think it might make a really nice panna cotta. Sarah Grueneberg made that one beet panna cotta on Iron Chef. I think we could take what we see as a processed cheese and really play with its texture and turn it into a creamy panna cotta with a seasonal garnish. Tomatoes are almost in season. And make sure to add something crunchy.

Izard: Mango powder is green mango that’s been dehydrated and ground. We do a lot with mango powder and sumac at our restaurants. It has a nice bright acidity. We use it with our chickpea fritters and it really celebrates the acidity.

This interview has been edited for clarity and brevity. Click the “play” button to hear the entire segment.