Friday, July 19- I spent most of the first hot and humid day at Pitchfork by the Blue Stage, chugging bottled water and hoping that I'd packed enough sunscreen to protect my delicate Irish skin from irreparable damage. Spoiler alert: I survived unscathed.

First up, Frankie Rose. The former member of Vivian Girls, Crystal Stilts and Dum Dum Girls played many songs from her new solo album Interstellar, commanding the stage with a sweet, vivacious energy that instantly made me want to be her best friend. "Hey, Pitchforkers!" she shouted with glee, "It sounds so dirty when I say that." Her set wasn't exceptional, but her personality sure was. 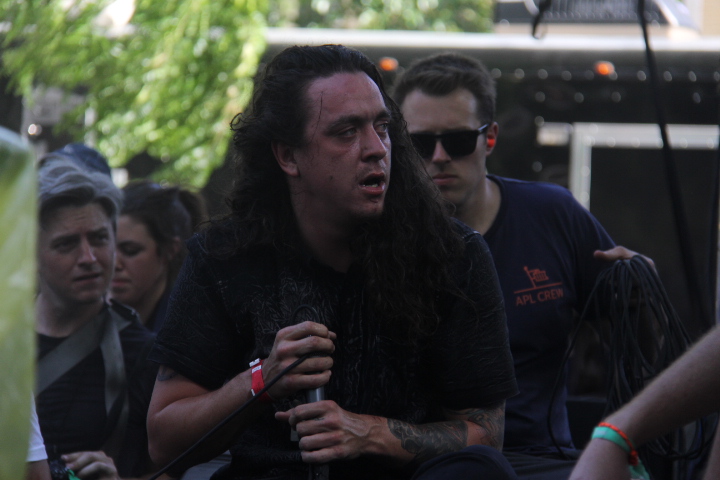 The hardcore revivalist band Trash Talk came next, setting fire to what had previously been a more sleepy and subdued 4 p.m. crowd. Lead vocalist Lee Spielman incited a mosh by the second song; and by the third, he was crowdsurfing. Like a game of Simon Says (minus the trickery), Spielman commanded the audience to shake their fists in the air, "sit the [bleep] down" and rise up again at lightning speed. The only point of contention came when Spielman asked, "Are you excited for R.Kelly?" and heard some boos among the cheers. "Why the [bleep] not?" he wondered aloud. Oy vey. 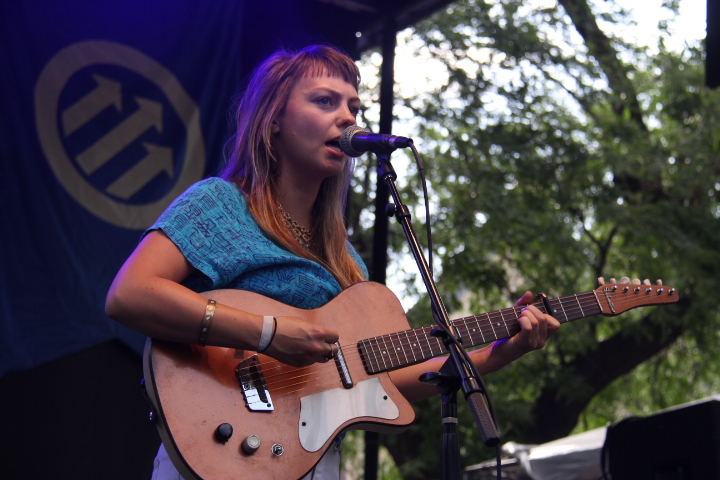 Chicago folk singer/songwriter Angel Olsen took the stage 15 minutes later; and in stark contrast to the heavy metal thrashing of Trash Talk, Olsen's lovely voice alone was enough to keep fans hanging on her every note. Still, I kept wishing for a more intimate setting, and wondering whether her quietly haunting music would be better suited for a smaller venue. Then I looked to the front row and saw a queue of men with their eyes gazed adoringly up at her, mouthing the words to every song. And I must admit, Olsen's celestial composure while warbling the repeated line "I don't need my body/I'm floating away" made my knees go weak too. 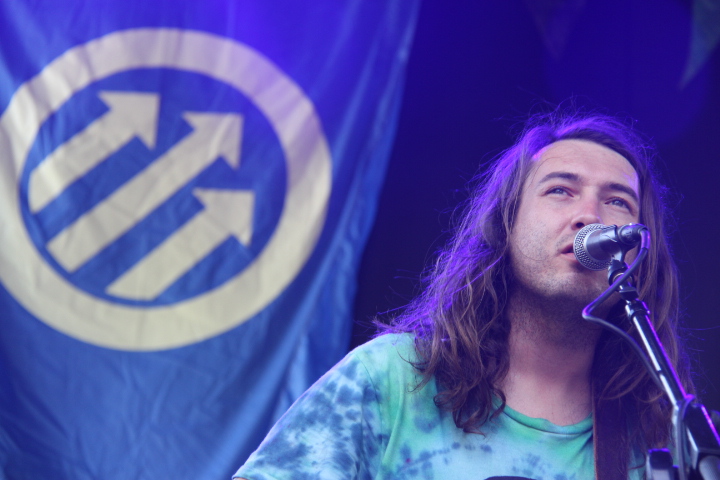 Mikal Cronin had been wandering around the VIP area for most of the day, cute as a button and impossible to miss in his signature tie-dye shirt. But when he appeared on the Blue Stage around 6:15, the energy of the mostly 20-something crowd immediately jolted up a notch. Flanked by two other long-haired guitarists and backed by former Ty Segall Band-mate Emily Rose Epstein on drums, Cronin brought a tidal wive of California cool to Chicago with songs from his new solo album MCII. "Shout It Out" was the biggest crowd pleaser, as even the decidedly less drunk Pitchforkians couldn't resist jumping up and down with pure, unbridled joy. 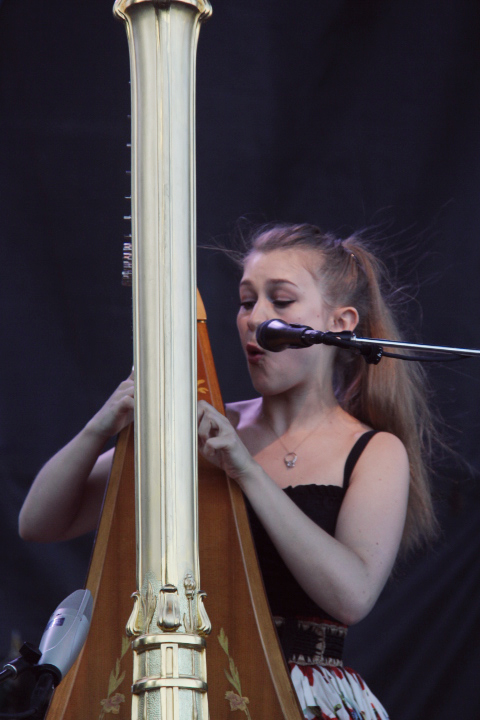 I sacrificed the majority of Wire's set for Cronin, but I was able to catch some of Joanna Newsom's ethereal melodies at the Red Stage about a half hour later. After some unabashedly hipster Chicago Diner-eating and Chirp Record Fair-shopping, I felt well prepared for the harp strumming and bird-like trilling that have become Newsom's undeniably precious indie trademark.

Newsom did not appear to be everybody's cup of tea, as most people remained camped out at the Green Stage waiting for Björk, and didn't pay much attention to the ponytailed songbird across the way. Still, despite the general lack of enthusiasm from my fellow concertgoers, I very much enjoyed her trickle of angelic calm before the storm.

And storm it did, cutting Björk's performance short and sending me home drenched as a result. However, the experience of seeing one of the weirdest and most beautiful acts in modern music was 100 percent worth it. 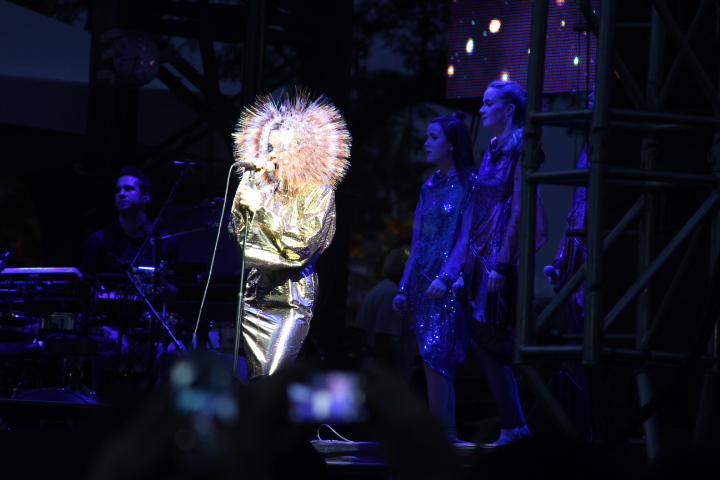 Wearing a headdress that made her look like a cross between a lion and a spiky sea urchin, the iconic Icelandic performer veered from adorable to unnerving in her delivery of the alien-inspired "Moon," "Cosmogony" and "Army of Me." Buoyed by a sea of throbbing ambient noise, her voice echoed out into the night like a siren's song, lingering long after the lightning strikes and eventual downpour closed out Day One.