Skip to main content
Sunday, July 21- The final day of the Pitchfork Music Festival drew a sold-out crowd hungry for hip hop, '90s nostalgia and irony, which is exactly what they got. 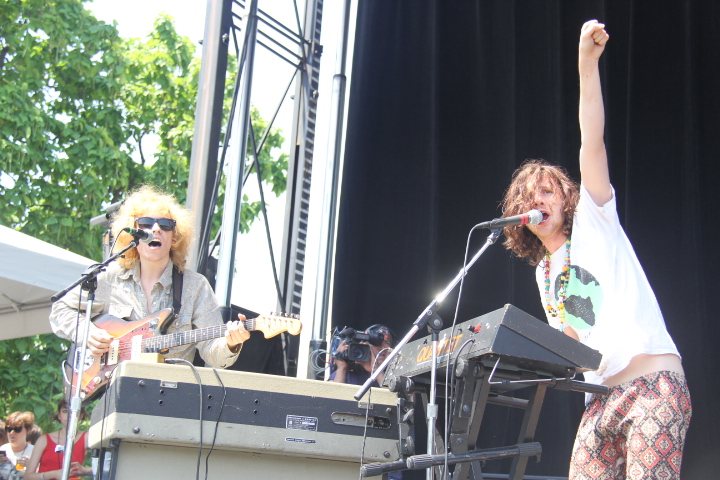 After catching the tail end of Chicago rapper Tree, whose sincerity and enthusiam instantly put me in a great mood to start the day, I hurried over to the Red Stage to see the California duo Foxygen. I was expecting them to sound just as exciting as they did on their stellar breakout album, 2012's We are the 21st Century Ambassadors of Peace & Magic, but their live set turned out to be a disappointingly charmless bore. 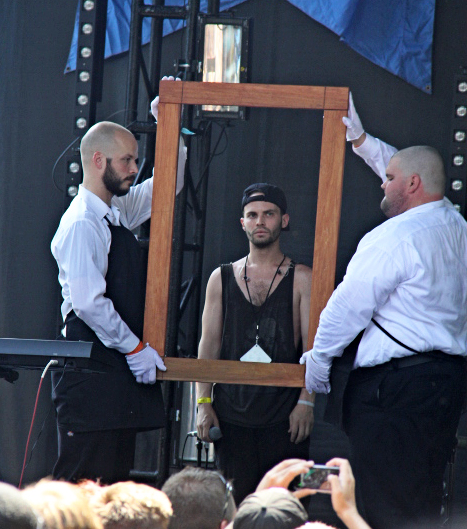 Then came Autre Nu Veut over at the Blue Stage; a spectacle so insufferably pretentious that I wondered how anyone around me could possibly be taking them seriously. Four men in black aprons holding up two large picture frames: what does it mean? Singer Arthur Ashin didn't give me much reason to care, as he strained his voice to mediocre songs that I also soon forgot. 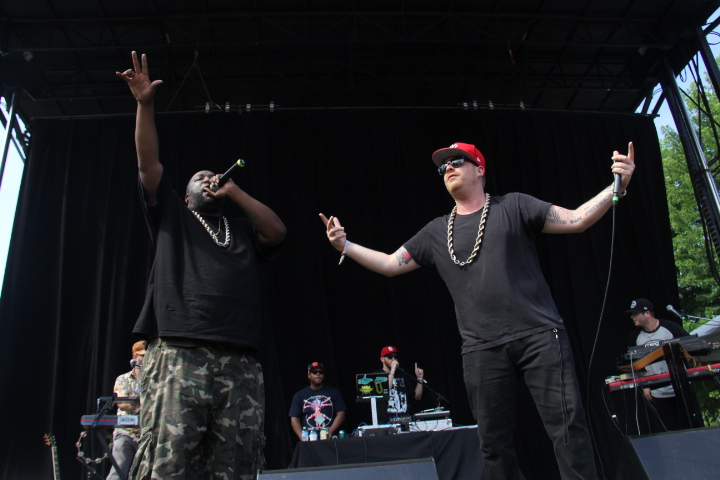 Luckily, the midday sets of Killer Mike and El-P breathed new life into the festival, proving that a more thoughtful brand of hip hop can be just as transcendent and awe-inspiring as any other genre. The solo set from former OutKast collaborator Killer Mike was especially engaging, with his booming raps hell-bent on enlightening the privileged of Pitchfork to the struggles that they may never know. 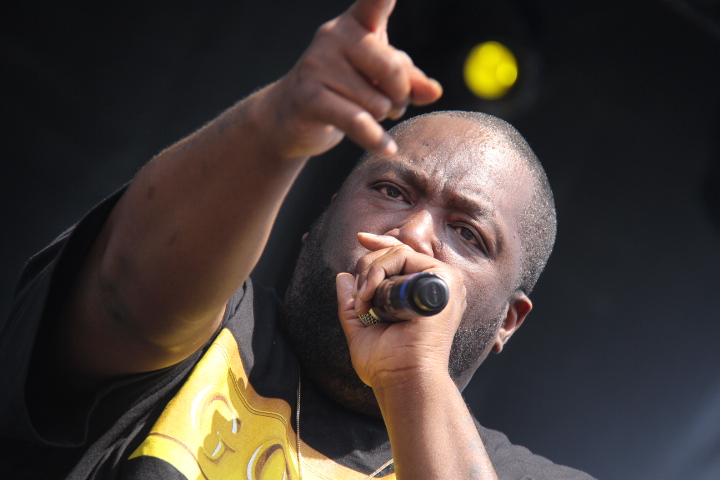 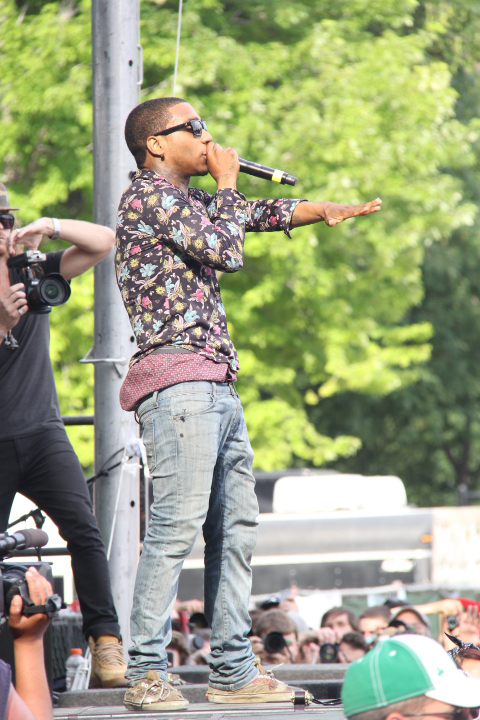 Less admirable were the painfully off-beat stylings of Internet rapstar Lil B, especially when his ugly misogyny was on full display. "Shout out to all the sexy ladies, no disrespect," he chanted to his surprisingly massive army of fans (they call themselves "The Taskforce," and Lil B their "BasedGod") before launching into his biggest hit to date: "F*ck My Bitch." Seriously. 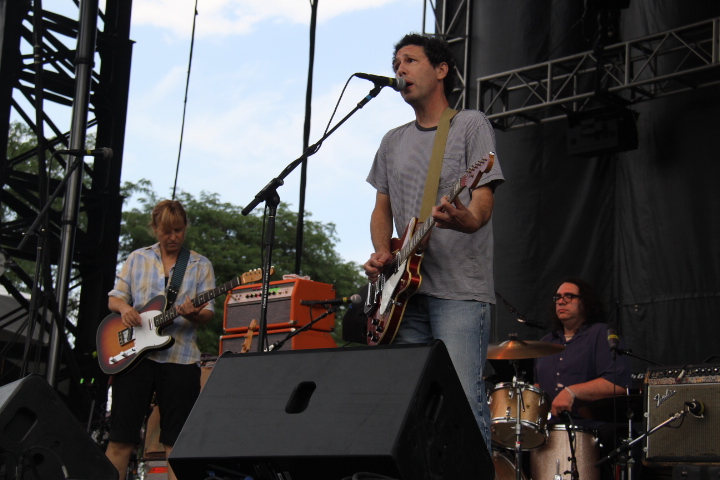 Yo La Tengo hit the Green Stage around 4 p.m., that lazy time of day when the audience needs a little extra pep to stay awake. The indie rock trio from Hoboken, New Jersey started off slow, but eventually found their momentum as the set picked up speed. My favorite part came towards the end, when nice-guy vocalist/guitarist Ira Kaplan tore into his foot pedals like a man possessed, and then hoisted his guitar over his head in true rockstar fashion. 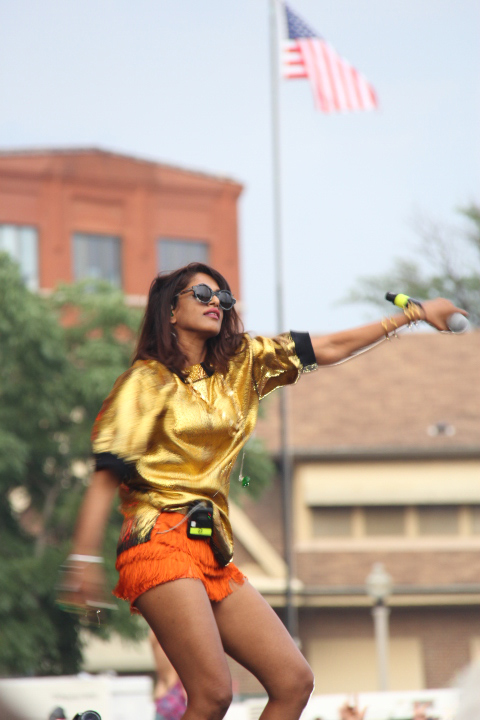 As blazing hot afternoon cooled into early evening, fans flocked to the Red Stage to welcome feisty London hip hop/world music artist M.I.A. Her Sri Lankan-style show was plagued by numerous technical difficulties (she kept yelling "turn my mic up!" and looked royally peeved by how the bass-heavy music  must have been sounding in her ears), but she still managed to pack a whallop of energy into her final two songs: the infamous crowd-pleasers "Paper Planes" and "Bad Girls." And as expected, the undulating sea of Pitchforkers went wild. 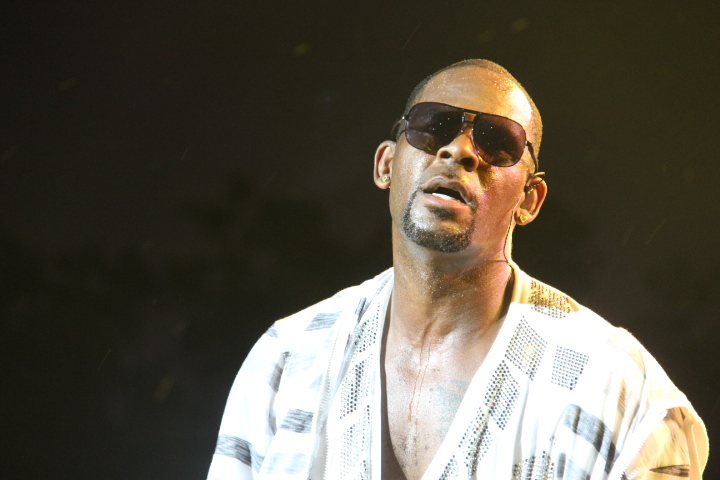 R. Kelly may be the most ironic headliner that Pitchfork has ever booked, and that's saying something. I had never seen him perform live until last night, but I did recognize many of the songs on his setlist: the silly, sexed-up opener "Ignition," the even raunchier "Sex in the Kitchen" and finally, the Space Jam nostalgia ode immortalized by many a '90s school choir and high school graduation ceremony, "I Believe I Can Fly."

The crowd was clearly having a great time; but as white dove-shaped balloons floated out into the sky to close the night on what should have been a high note, all I could think about were the once 15-year-old victims of Kelly still living in Chicago, who must have known that their abuser was entertaining a crowd of thousands just a couple of miles away from their homes.

Did anyone else think of them? Certainly not Pitchfork, nor the majority of nostalgic '90s kids that the festival bent over backwards to cater to this year.

Fortunately, I was able to find spirit and light in more unexpected places, like Parquet Courts' star-making turn at the Blue Stage on Saturday and Belle & Sebastian's blissed-out evening of dancing in the rain. And for me, those soul-affirming moments, albeit few and far between, made the whole experience worth it.