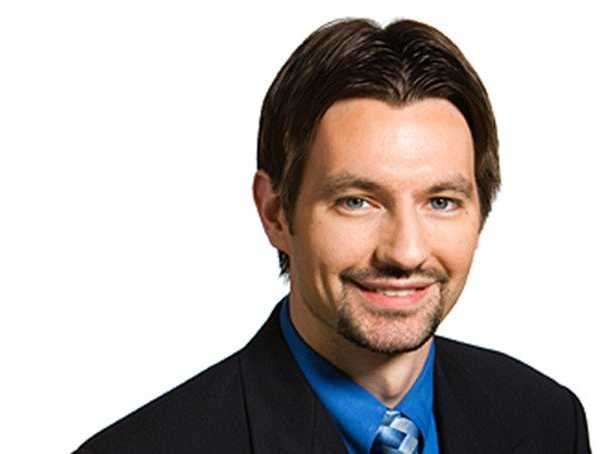 According to Pablo Pantoja, the final straw came in the Heritage Foundation’s immigration report, a screed authored in part by a racist named Jason Richwine who’d once told the American Enterprise Institute that “decades of psychometric testing has indicated that at least in America, you have Jews with the highest average IQ, usually followed by East Asians, then you have non-Jewish whites, Hispanics, and then blacks. These are real differences, and they're not going to go away tomorrow, and for that reason we have to address them in our immigration discussions and our debates.”

Perhaps it should. It’s an echo of arguments against immigration that go back more than a century. At the beginning of the 20th, Henry Goddard – the father of American intelligence testing – had very similar words about the immigrants coming through Ellis Island when he concluded that "83 percent of the Jews, 80 percent of the Hungarians, 79 percent of the Italians and 87 percent of the Russians were feeble-minded."

It’s funny, you know, how in about one hundred years – to use one example – Jews have gone from being considered near imbecilic, according to Goddard, to the smart leaders, according to Richwine.

The history of race and intelligence testing is so fraught that it boggles the mind the GOP would dare allow it, even indirectly, anywhere near arguments against immigration. But intelligence testing and race have always been intimately related, and the issue of race has never been a subtle shadow in Republican politics.

In fact, Richwine, the Heritage researcher behind the recent controversy, had included these claims in his Harvard dissertation (which cited discredited sources such as J. Philipe Rushton and has caused academic protests at Harvard). And he had published tracts on the same ideas on AlternativeRight, a white supremacist website that describes itself as “paleoconservative” and questions the fact of the Holocaust.

Even now, as the Heritage Foundation’s VP in charge of communications, Mike Gonzalez (another Cuban – because the GOP seems to only have Cubans – undeportable and immune to most immigration politics – to deal with immigration matters) tries to distance his organization from Richwine, you just have to wonder: Did Heritage not know about Richwine’s doctoral work? About the stuff on AlternativeRight? What was the basis of the hire if not his previous research?

"Its findings do not reflect the positions of The Heritage Foundation or the conclusions of our study on the cost of amnesty to U.S. taxpayers, as race and ethnicity are not part of Heritage immigration policy recommendations," Gonzalez said of Richwine’s doctoral work in an effort to keep it from totally sinking the Heritage report.

My suspicion is that, in fact, Heritage knew quite well about Richwine’s work and wasn’t in the least bit bothered by it until it became a liability. The GOP likes to ignore the inconvenient, just as it massages history and the societal treatment of groups to explain so-called deficiencies in people it considers undesirable.

Pantoja, the Republican-turned-Democrat, addressed some of these matters in a letter he wrote to the Tampa Bay Times:

“Although the (Heritage Foundation) distanced themselves from those assertions, other immigration-related research is still padded with the same racist and eugenics-based innuendo. Some Republican leaders have blandly (if at all) denied and distanced themselves from this but it doesn’t take away from the culture within the ranks of intolerance. The pseudo-apologies appear to be a quick fix to deep-rooted issues in the Republican Party in hopes that it will soon pass and be forgotten … We are not looking at an isolated incident of rhetoric or research. Others subscribe to motivating people to action by stating, ‘In California, a majority of all Hispanic births are illegitimate. That’s a lot of Democratic voters coming’. The discourse that moves the Republican Party is filled with this anti-immigrant movement and overall radicalization that is far removed from reality.  Another quick example beyond the immigration debate happened during CPAC this year when a supporter shouted ‘For giving him shelter and food for all those years?’ while a moderator explained how Frederick Douglass had written a letter to his slave master saying that he forgave him for ‘all the things you did to me’. I think you get the idea.”