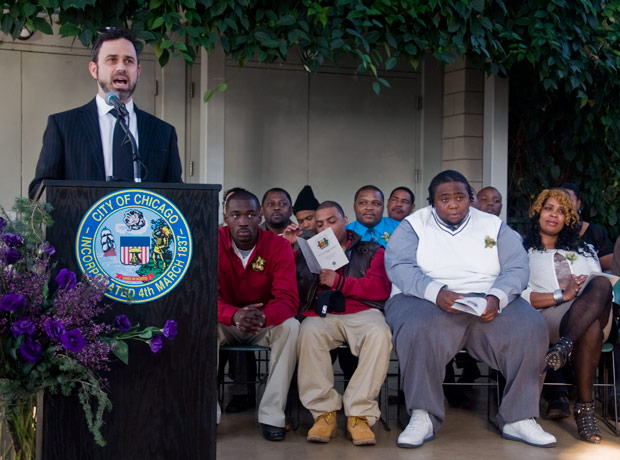 Another 22 Chicagoans graduated Friday from the city’s green job training program, Greencorps Chicago, earning qualifications in a slew of industry skills and hopefully a leg-up in a job market that previously deemed them hard-to-employ.

This was a transition year for the 19-year-old program, as the city’s Department of Environment continued its merger with the Department of Transportation. The 2012 program was scaled back from previous years, notably phasing out its direct support for community gardens.

In addition to their Greencorps diplomas, each graduate collected a binder of certificates earned throughout the course of the program, from hazardous materials training and CPR to brownfield clean-up.

“It’s more than just planting trees and shrubs,” Felicia Solebo, a program alumna, told the 2012 class gathered at Garfield Park Conservatory on Friday. “It’s about our community and creating a better quality of life.”

Solebo spent years looking for work after her release from prison in 1993. Greencorps and other job training programs helped her land a job with Christy Webber Landscapes, where she has worked for 13 years. 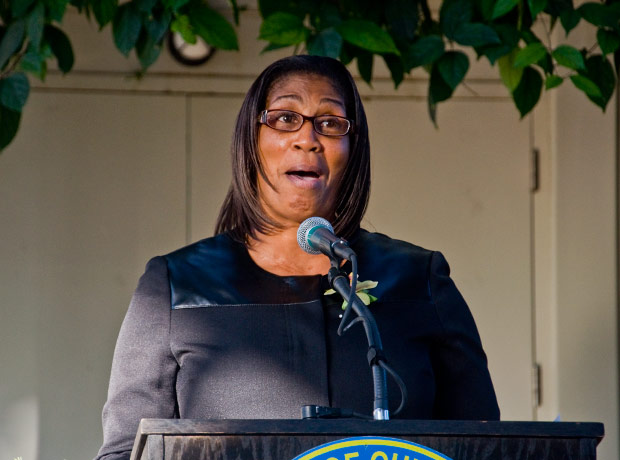 “You learn a lot, including about nature itself,” said 55-year-old Treasa Wilson, a custodian and 2012 graduate of the program. “I didn’t really appreciate nature before.”

Wilson grew up in East Garfield Park and now lives in Austin. Once terrified of worms, Wilson now wants to work in a plant nursery. Her transformation began three years ago, when she started keeping plants to cope with the loss of her grandson, Johnathan. She started caring for them like family members.

“You have to nourish plants,” she said. “Just like human beings.”

Greencorps was a more formal introduction to botany and landscaping. Wilson learned to identify plant species in the wild, cut back invasive buckthorn and manage landscapes through controlled burning. She is studying for her GED.

“You’re just trying to make this a better place to live, and make this a cleaner and greener city,” she said. “But it’s going to take more than just me and Greencorps."