For many, Memorial Day weekend means it’s finally time to bust out two things: the white shoes and blackened meats.

American dads may take pride in their cross-hatch grill marks, but those juicy, charred slabs of meat are coming under incresing scrutiny for the dangerous compounds they develop when protein meets dry blazing heat.

Peter Guengerich is a biochemistry professor at Vanderbilt University School of Medicine. He’s been studying HCAs and PAHs for 25 years, and he says that, on their own, the compounds aren't all that dangerous.

“But our bodies have enzyme systems that convert these into reactive compounds,” Guengerich said. “Things that get stuck irreversibly on your DNA and can cause mutations and potentially cancer, most commonly colon cancer.”

It’s important to note that this has little to do with charcoal vs. gas or other fuels.

Dr Jaime Uribarri of Mount Sinai Medical Center says what matters are the AGEs — the crispy, browned, tasty bits that form on the outside of grilled meat and other foods.  In the kitchen they’re considered flavor, but in most medical labs, Uribarri says, they’re linked to inflammation that causes “diabetes, cardiovascular disease, kidney disease, dementia and essentially most of the chronic medical conditions of modern times.”

In fact, recent Mount Sinai research shows that mice fed a diet high in AGEs — similar to a Western diet — developed marked cognitive decline and precursors to Alzheimers disease and diabetes. Those fed a low-AGE diet were free of those conditions.

So does this mean an end to the all-American cookout?

“If it is something done only once a year it may not be that bad,” Uribarri says.

Only once a year?

Professor Guengerich won’t go that far, but he does urge moderation.

“Well basically if you only eat these things occasionally, [I’m] probably not too concerned,” the biochemist said. “But if you are making a habit of eating these things every other day, grilled at high temperatures, you probably should think about it a little bit more.”

But before you put away the Weber you should know there are lots of ways to cut down on these compounds at your barbecue.

To reduce the AGE’s, Uribarri suggests a few things.

“Make sure the meat is not left for very long periods of time on the grill,” he says. “Whenever possible, the meat should be marinated or freshened with juices during the cooking. And simultaneously, eat a lot of fruits vegetables and things that will kind of antagonize the bad effects of these compounds.”

These would include antioxidant rich foods like blueberries, pomegranates and cherries — one Michigan butcher even blends them into his burger meat. 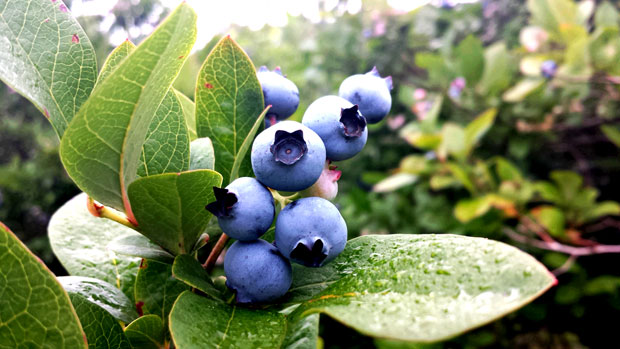 Studies also show that marination in wine, vinegar or lemon juice can lower the meat’s pH and cut way down on the formation of AGE and HCA. Another study shows that rubbing meat with fresh rosemary can cut HCA development most entirely.

Guengerich says you should also cover your grill with foil to avoid carcinogenic flare ups that produce PAHs on the surface.

“And if you are particularly concerned you can preheat [the meat] in a microwave and get the juice out,” he says. “Then take it out and put it on the grill and you’ll actually reduce your exposure by about 90 percent and you won’t lose that much in the way of taste either.”

Then there’s the low-tech method of simply scraping off what Guengerich calls "the black crud" from the outside of your food. Those grill marks are rich in these carcinogenic compounds.

Fans of cole slaw, broccoli and Brussels sprouts may also have more leeway. One study found that regular consumption of these cruciferous vegetables can help clear DNA damage wrought by the grilling process.

And finally, Uribarri suggests simply swapping the dry high heat cooking for gentler water based methods most of the time.

This may be effective, but will anyone really want to come over to your house this summer for a burger boil?

“No one wants to eat nine ounces of poached chicken or turkey breast,” the pitmaster of Barn & Company says.

"Conversely, if you grill it and you have texture and crunch and flavor and salt and fat, that’s when something really tastes good."

Wiviott is the author of “Low and Slow: Master the Art of Barbecue in FIve Easy Lessons.” And he finds  it hard to swallow all the recent science deriding his favorite foods.

So does this mean you have to choose between boiled meat or colon cancer? Between long life and a char-striped hot dog?

“Well it is a carcinogen,” Guengerich says. “But I don’t want people to have a guilty conscience or feel like they are going to get cancer tomorrow. Just be moderate about your consumption of anything. Grilled foods included." 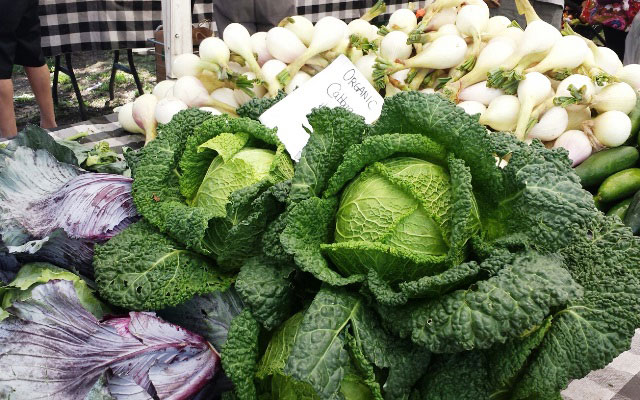 If you don’t want to give up grilling meat all together, experts say, there are several ways to reduce the formation and your consumption of heterocyclic amines, polycyclic aromatic hydrocarbons and advanced glycation end products. Here are some of them: