Julian Senn-Raemont isn't convinced he needs to buy health insurance when he loses coverage under his dad's plan in a couple of years — no matter what happens in the policy debate in Washington, or how cheap the plans are.

The 24-year-old musician hasn't known a world without a health care safety net. But he hates being forced by law to get coverage, and doesn't think he needs it.

"I'm playing the odds," said Senn-Raemont, who lives in Woodstock, Illinois. He will go without insurance, he said, until he starts a family or gets a job with benefits. "I feel comfortable I could get care if I needed it."

Senn-Raemont's outlook could pose a major problem for Republicans who await a delayed vote on a replacement for the Affordable Care Act. Insurers need young and healthy enrollees like him to buy insurance because they keep premiums down for everyone. The current law attempts to do that by mandating that everyone get coverage. The Republican plan replaces that mandate with penalties for those who let coverage lapse, and aims to entice young adults by allowing insurance companies to sell bare-bones coverage that could be cheaper.

But cheap isn't free, which turns off people like Senn-Raemont. And other young adults worry that opening the door to these bare-bones plans will make the more comprehensive coverage they know now too expensive or even unavailable.

In Houston, 29-year-old Jimmieka Mills pays $15 a month for a government-subsidized "Obamacare" health plan. She fears Congress will weaken the health law's guarantees of free preventive care, so she made an appointment to get a birth control implant that will last for years.

"I'm scared," Mills said. "I'm like a bear getting ready for hibernation. That's how I feel."

Language is still being nailed down in the retooled bill, but it includes a proposal from conservative Sen. Ted Cruz, R-Texas, which would let insurers sell plans with minimal coverage, as long as they also sell policies that meet strict coverage requirements set by the Obama-era health care law. Insurers could deny the slimmer coverage to people with pre-existing conditions or charge them more.

Georgetown University health policy researcher Sabrina Corlette said young adults may find the "Cruz plans" more affordable, but they should "read the fine print."
"You may end up with unexpected costs," Corlette said. "And if, God forbid, you do end up needing better coverage, you will be blocked from that coverage for six months." To encourage continuous coverage, the GOP plan installs a six-month waiting period for anyone with a two-month gap in coverage. The skimpy policies wouldn't qualify as continuous coverage.

Other features of the proposal aimed at young adults include allowing them to stay on their parents' insurance until they turn 26, as they can now, and shifting costs to older enrollees.

Current law restricts how much insurers can charge for insurance based on age. "Obamacare" limits the ratio to 3-to-1, meaning a 50-year-old can be charged only three times as much as a 20-year-old. The Republican plan shifts that ratio to 5-to-1.

More flexible pricing could attract young adults, the Congressional Budget Office said in a review of a previous draft of the Senate plan. But other provisions, including cuts to Medicaid, would result in 22 million people losing insurance over the next decade. All ages and income levels would have higher uninsured rates. For low-income young adults, CBO said, the uninsured rate would double.

A CBO analysis was expected Monday but has been postponed, according to the Senate Budget Committee. Senate Majority Leader Mitch McConnell announced late Saturday he was delaying the vote on the bill while Sen. John McCain recovers from surgery.

"On the whole, the bill is bad for young people," said Jen Mishory, executive director of the youth advocacy group Young Invincibles. "It is particularly concerning for the most vulnerable young people, those who are low-income and folks with pre-existing conditions."

Young Americans, ages 18-34, remain more likely to be uninsured than older age groups, but the rate of uninsured young Americans dropped under "Obamacare" to 16 percent from 29 percent.

"That gives young adults the opportunity to find a first job that's right for their talents," Garthwaite said.

Alexandra Flores, 29, works as a library assistant at University of South Florida in St. Petersburg while pursuing a master's degree in library science. She credits the Obama health law for her decision to go back to school rather than be locked into her previous office job. She pays $77 a month for her "Obamacare" health plan. The government kicks in about $100.

"Without health care, I wouldn't feel comfortable growing my career the way I have," Flores said. 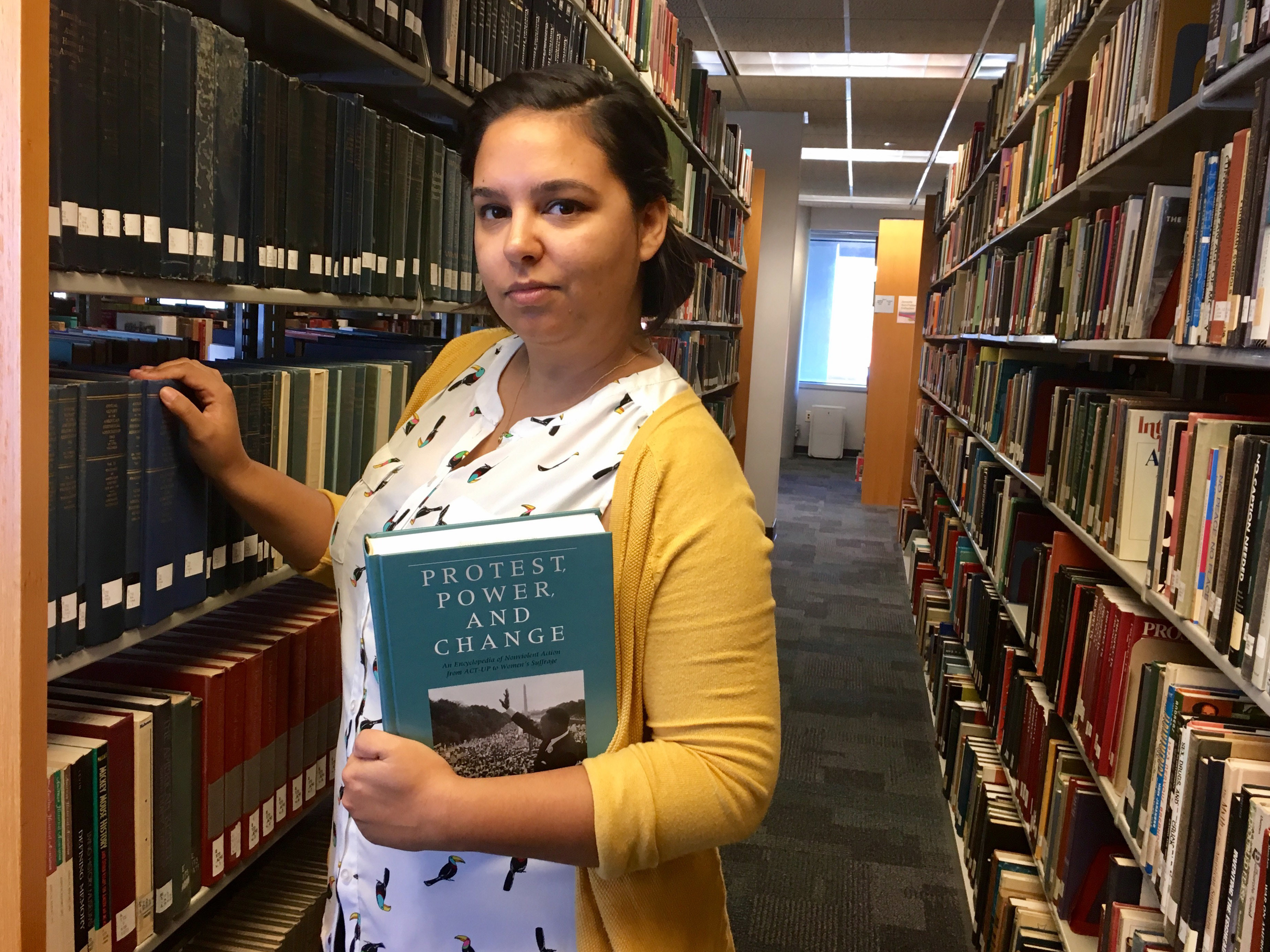 Republican proposals to ban federal funding of Planned Parenthood for a year would affect 34-year-old Renee Wsol of Chicago. A Medicaid beneficiary, she received a free IUD for long-acting birth control from the organization this year. Planned Parenthood is now her regular source of women's health care, including cancer screenings.

"I feel comfortable and safe at Planned Parenthood," she said. "It makes no sense to pluck that care away from people who already have limited choices."

Jackie Todd, 28, of Chicago, feels hemmed in by the health care debate because she would like to pursue a master's in filmmaking, but doesn't want to risk losing the insurance she has through her job. She has an implanted device for a heart rhythm problem, which will need to be replaced in two years, "and I cannot be uninsured when that happens."

"The GOP doesn't think I deserve a shot at an even playing field because being sick is somehow my fault," she said.