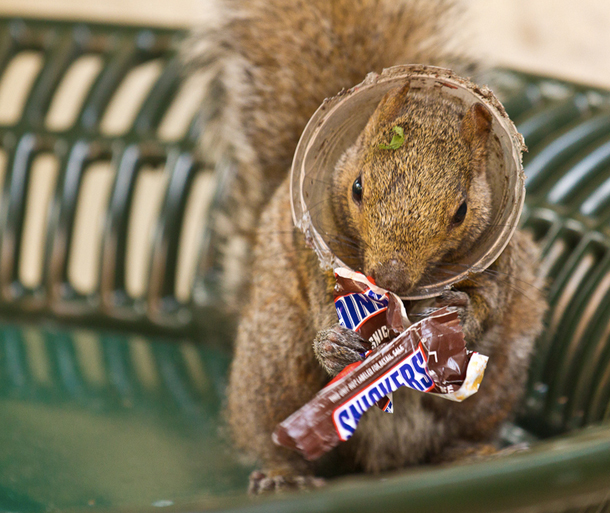 Humans’ impact on nature has a tendency to eclipse our expectations, from our capacity for population growth to our hand in altering atmospheric chemistry. Scientists studying urban ecology were similarly surprised to learn that animals in metropolitan areas appear to be evolving faster than our classic understanding of the process would predict.

Joel Brown, an evolutionary ecologist at the University of Illinois Chicago, said that knowledge demands a new framework for environmental decision-making. He calls it evolutionarily enlightened management.

“Evolution happens,” said Brown, who was on The Afternoon Shift Feb. 1. “It’s not just an academic thought.”

It is surprising that evolution could be happening before our eyes, but at the same time it shouldn’t be — species accustomed to our urbanized habitat meet the major criteria for speciation, the process of forming new species through evolution. Subject to different pressures than their more rural counterparts, and sufficiently separated from them by habitat loss, urban animal populations can spin off new “ecotypes” — not quite new species, taxonomically speaking, but genetically different nonetheless.

“We have this sense that nature is on hold until we make our decisions,” Brown said. “But evolution is happening around us.”

We are not going to wake up and find our wolves have turned into Chihuahuas, he said, but “backyard ecotypes” are edging out their native counterparts in interesting ways. Red squirrels have developed tougher jaws to crack the harder nuts that fall from our deciduous hardwood trees. And some are getting fatter.

Squirrels in the Morton Arboretum, Brown said, build sizable seed caches for the winter — a 401acorn plan. In the city, packed together with other squirrels who might plunder their stash, they fatten up instead — they carry their money in their wallet.

No one knows exactly why this is happening. It could be that urban environments are more manic-depressive for mammals, so to speak, with greater heights and lower lows than in the wilderness. If that’s true for squirrels, larger bodies could act as a check against lean times.

But Brown said the important thing is just to incorporate the knowledge that it is happening into environmental management. We catch these stories after the fact, he said, but we are facilitating and accelerating the evolution of urban ecotypes with almost every action, or inaction.

“Oftentimes by making no decision, we’re making a decision,” Brown said, observing at least 80 Canada geese patrolling the UIC lawn outside his window while we spoke over the phone. “We’re rewarding those geese that don’t migrate by giving them so much food.”

Repatriating an errant raccoon to “the wild” may feel like a good idea, Brown said, but over time as more people dump urban-born animals into natural areas it will speed up the creation of these non-native ecotypes.

“This becomes a societal decision,” Brown said. “Everybody has to get involved in this discussion.”

Brown asked rhetorically, do we want to declare open hunting season for Canada geese after December 1? Evolutionarily enlightened management could be another tool in ecologists’ arsenal, he said, but it is also a responsibility.

“If I’m going to wield the evolutionary sword,” Brown said, “I have to be willing to die by it.”