An alligator that captivated Chicago for a week as it evaded capture in Humboldt Park Lagoon was caught early Tuesday.

The gator, a male, was captured by Frank Robb, a Florida wildlife expert hired by Chicago Animal Care and Control.

At a news conference Tuesday morning, Robb said he spotted the animal after making eight loops around the lagoon in a boat and caught the gator around 1:30 a.m. with a fishing pole equipped with a grappling device.

"Once we were able to see him, it was one cast. One cast and done," Robb said.

He said the grappling device "kind of just sits against his skin and brings him in."

Robb displayed the gator, with black tape around its mouth, to a media crowd at the news conference.

He said the reptile is about 5 feet long and weighs between 30 and 40 pounds. 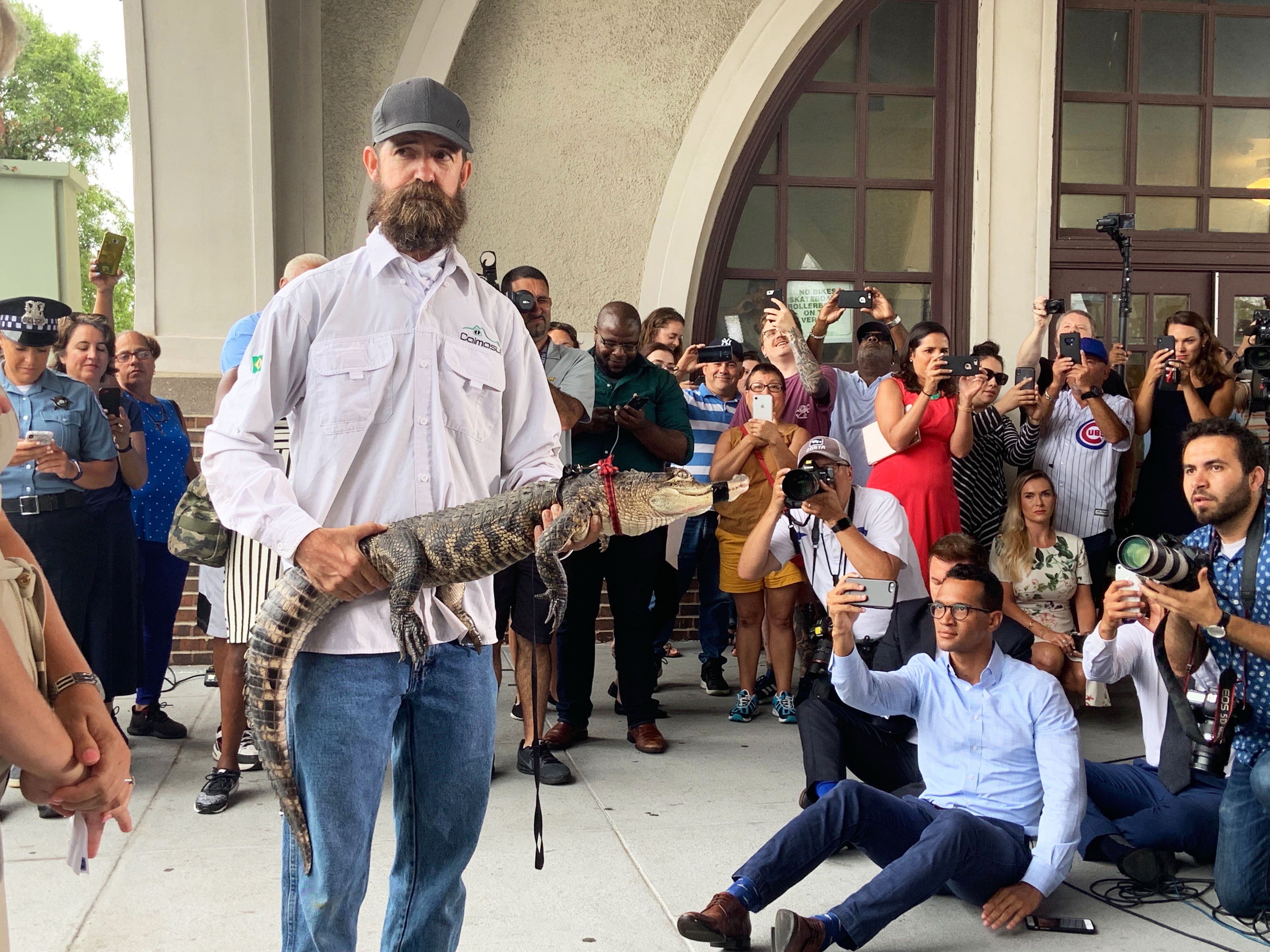 Chicago Animal Care said the gator appears to be healthy. It was not immediately clear where the reptile will be taken, although the agency has previously said a zoo or sanctuary is likely.

Officials think the gator probably was dumped in the lagoon by someone who had it as a pet but didn't want to keep it as it grew bigger. Chicago Animal Care discourages people from owning alligators as pets.

The capture of the animal came one week after it was first spotted, setting off a gator mania in Chicago that drew big crowds to the lagoon and inspired people to create T-shirts and local musician Yendrys Céspedes to write a song. Sure enough, on Tuesday, Céspedes created a new song, "Agarraron a Tito El Cocodrilo de Humboldt Park II" (They got Tito the Crocodile of Humboldt Park) and put it on YouTube.

In an online contest to name the gator, the winner was "Chance the Snapper," a nod to the famous Chicago rapper.

After his capture, the gator tweeted, "Being in this container sucks."