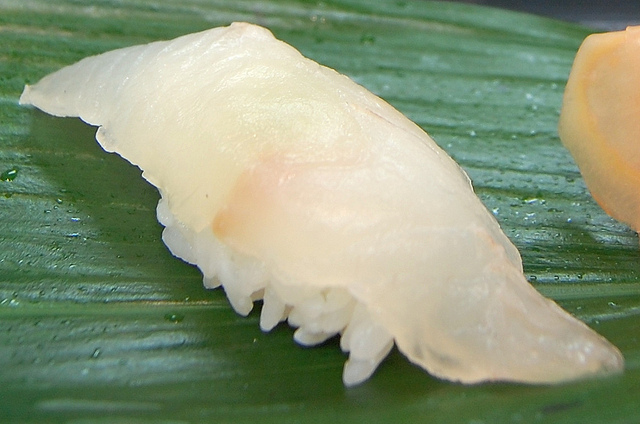 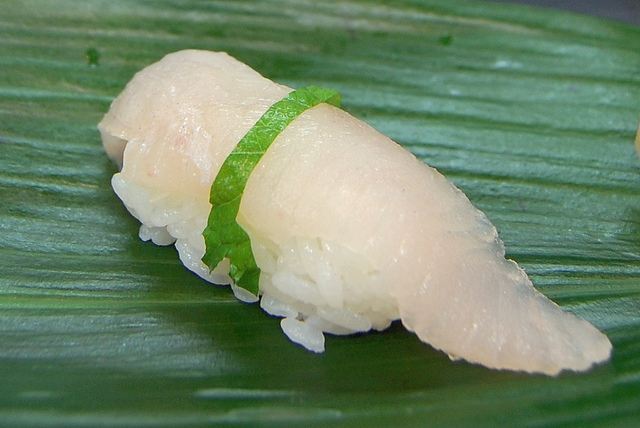 When I visited Japan recently, I did not dine at Ono-san's restaurant, Sukiyabashi Jiro. The set price for the sushi-only menu is 30,000 yen—about $370 at today's exchange rate. Reservations are recommended at least one month in advance, but a reservation may be made up to one year in advance, if you ever get one. 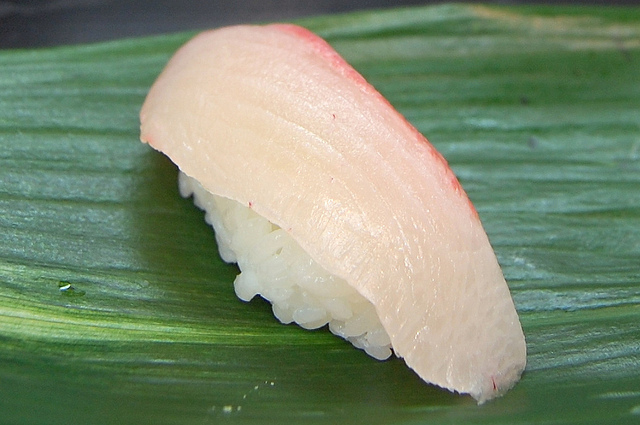 I did dine at one sushi restaurant while in Japan, Asahi-zushi in Kesennuma, which I mentioned previously. 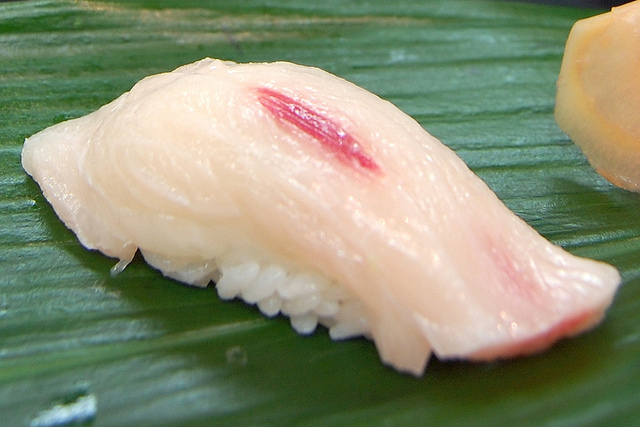 But I didn't have a chance to show you the dinner in its entirety. 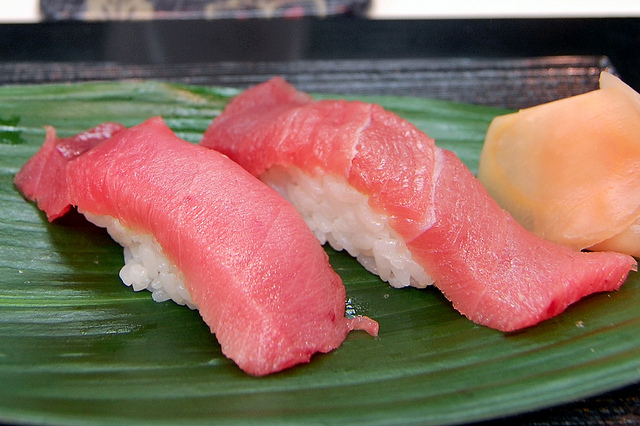 Jiro Dreams of Sushi touches on sustainability, as did I with Rikio Murakami, the 70 year-old sushi master and owner of Asahi. 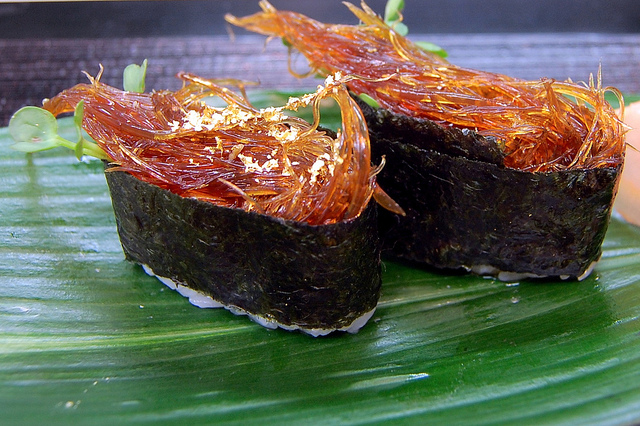 I asked Murakami-san what he thought about some of the shark fin substitutes out there. He said he's actually substituted seaweed for shark fin and thought it was quite good. 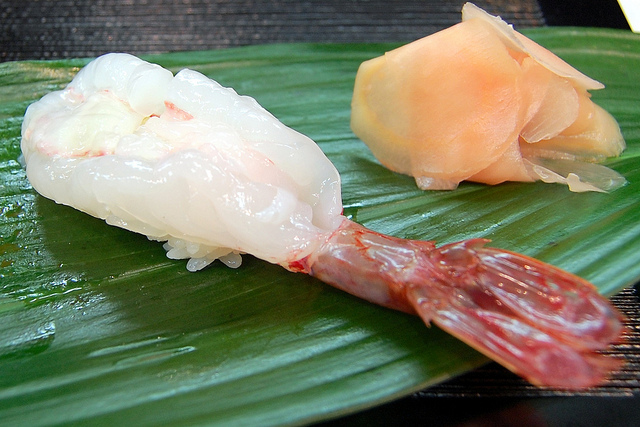 In fact, the gold leafed piece, called Golden Shooting Star, was completely vegetarian when it won the 2007 Sushi Awards in London. 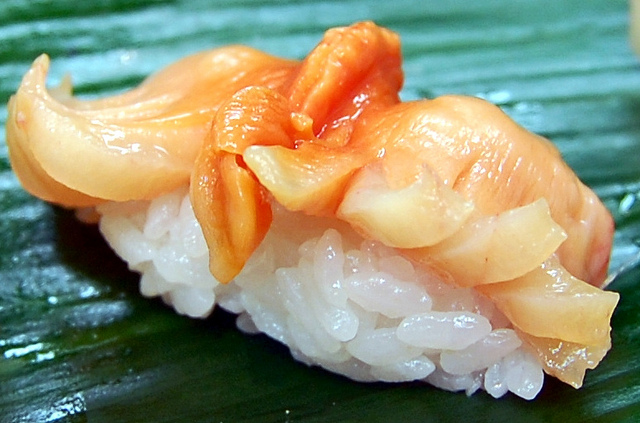 The Asahi team had intended to use shark fin, but couldn't find any they thought was good quality when they arrived, so they used seaweed instead. 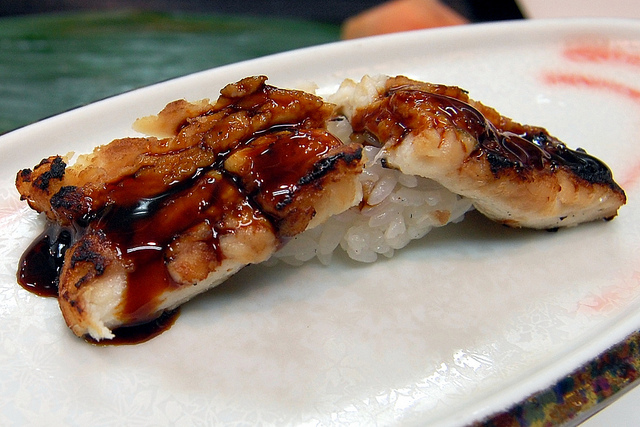 Another ingredient they also couldn't find was puffed rice. So instead? Cornflakes.
Purists might not approve but I dream of sushi with masters of inventive sustainability. 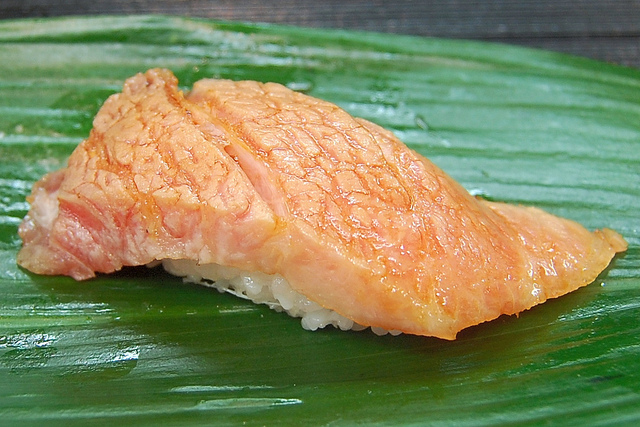