Today, the long faced Picasso statue at Daley Plaza is one of the world’s most famous pieces of public art.

But when it was debuted 50 years ago it was met with controversy. 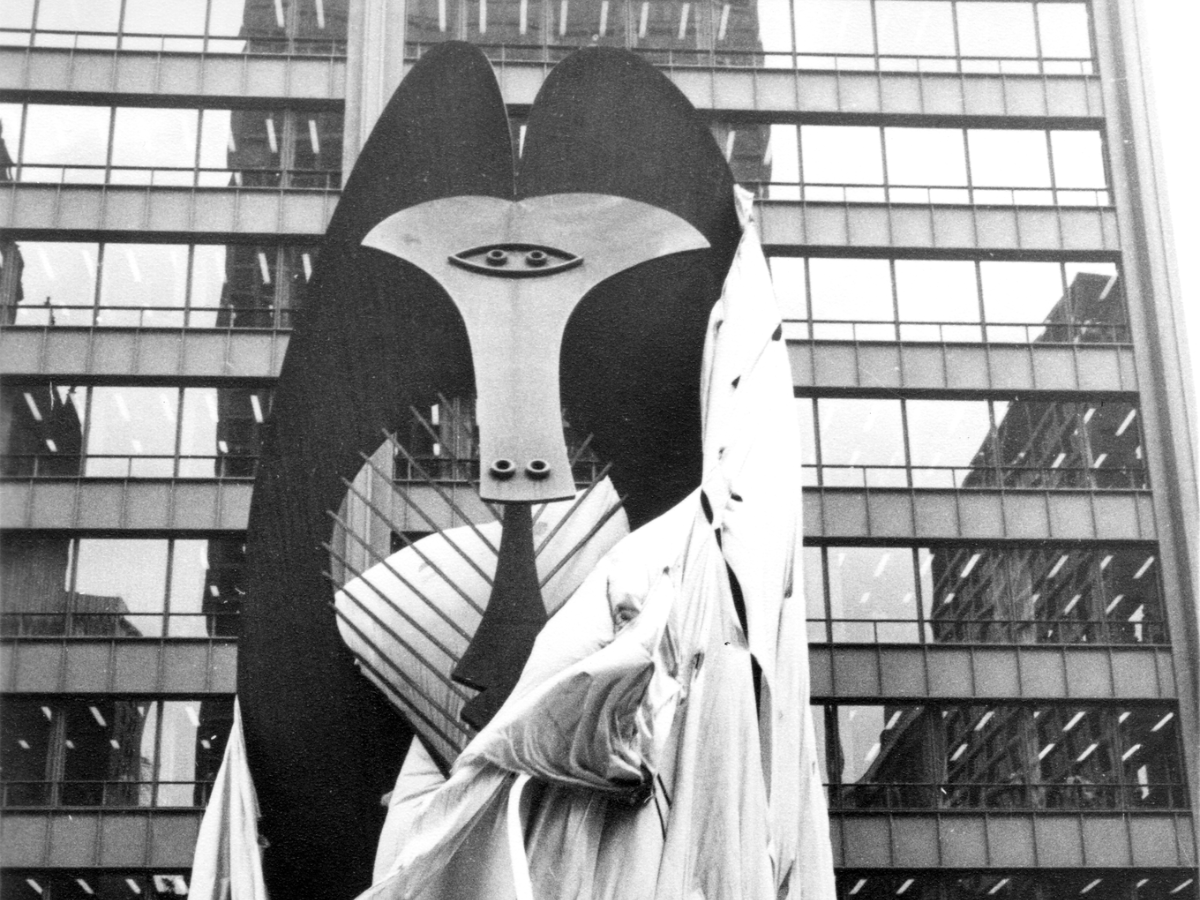 Morning Shift talked to Patricia Stratton, author of The Chicago Picasso: A Point of Departure, about the story behind the giant, enigmatic sculpture.

On what the sculpture could represent

Patricia Stratton: I think it’s his second wife, his final wife, Jacqueline Roque. Picasso married her in 1961, and Chicago architects first approached him in 1963. During 1963 alone, Picasso did 160 portraits of Jacqueline. It was his custom that the woman he was living with became his muse, or subject of his art, for most of that period. It was not new with Jacqueline, but a side note — because not everyone agrees — he was also very fond of his dog, an Afghan hound named Kabul.

You can see certain characteristics in the sculpture that resemble an Afghan hound. So it could be a metamorphosis of both, but I doubt that he’d use his greatest achievement in monumental sculpture [on his] his dog. 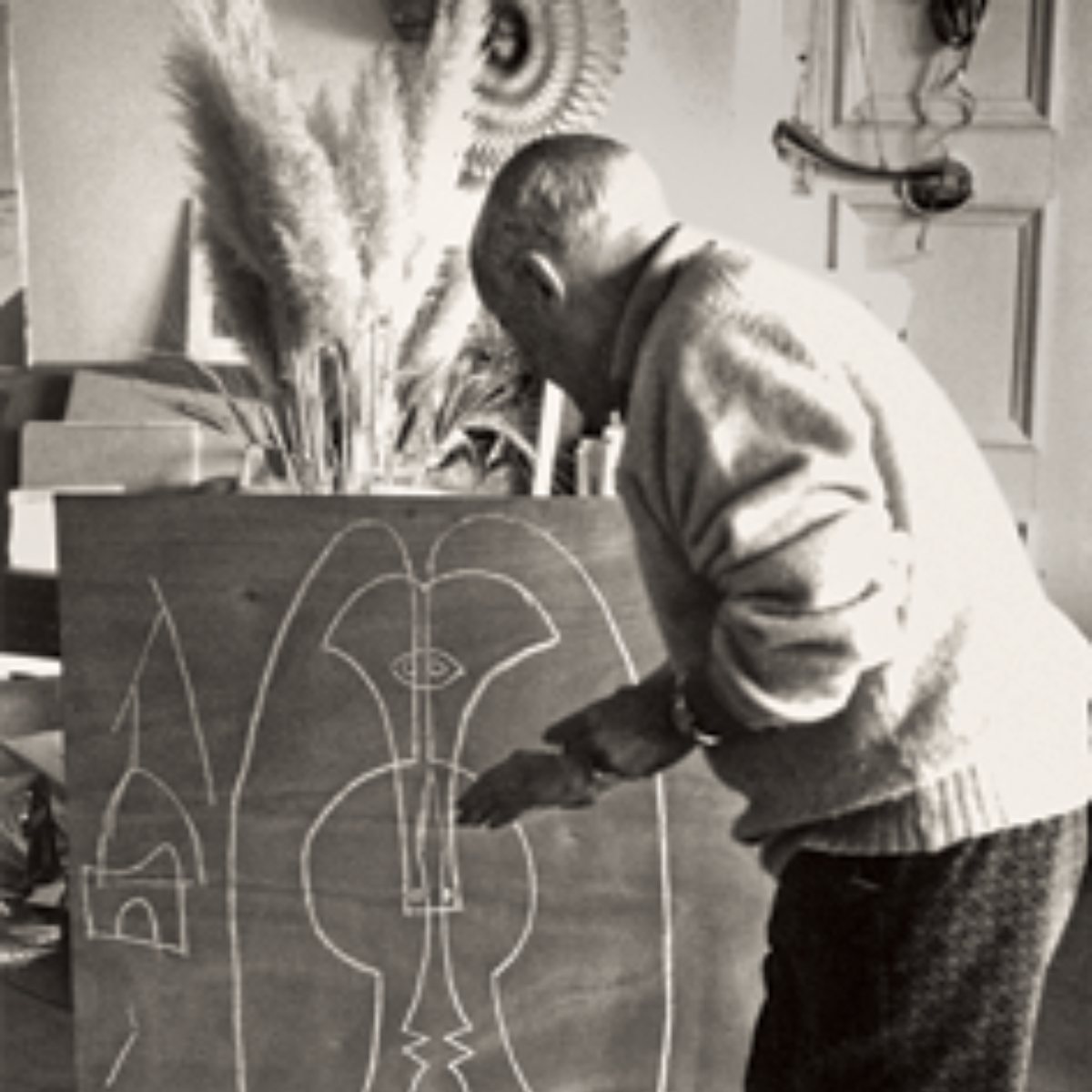 Stratton: Someone in Mayor Daley’s cabinet said that they thought it wasn’t appropriate to have Picasso’s sculpture in front of the city’s court house. And Mayor Daley replied, “We handle our own politics ourselves here. What we really care about is having the most famous artists in the world here.”

On why Picasso’s work was chosen for Daley Plaza

Stratton: The plaza is almost 300 acres of granite; very stark. So once they had this big tall structure in this plaza, they needed something to humanize that space. Architects first thought about Henry Moore, who is the famous British sculptor. When the city talked to Moore he said his sculptures weren’t big enough. So, the city aimed to go with the most famous artist of the 20th century and it was Pablo Picasso.

In Picasso’s mind, he’d always wanted to do a monumental sculpture. He was 81 and obviously, his dream was fading with age. Our Chicago architects gave him that opportunity. 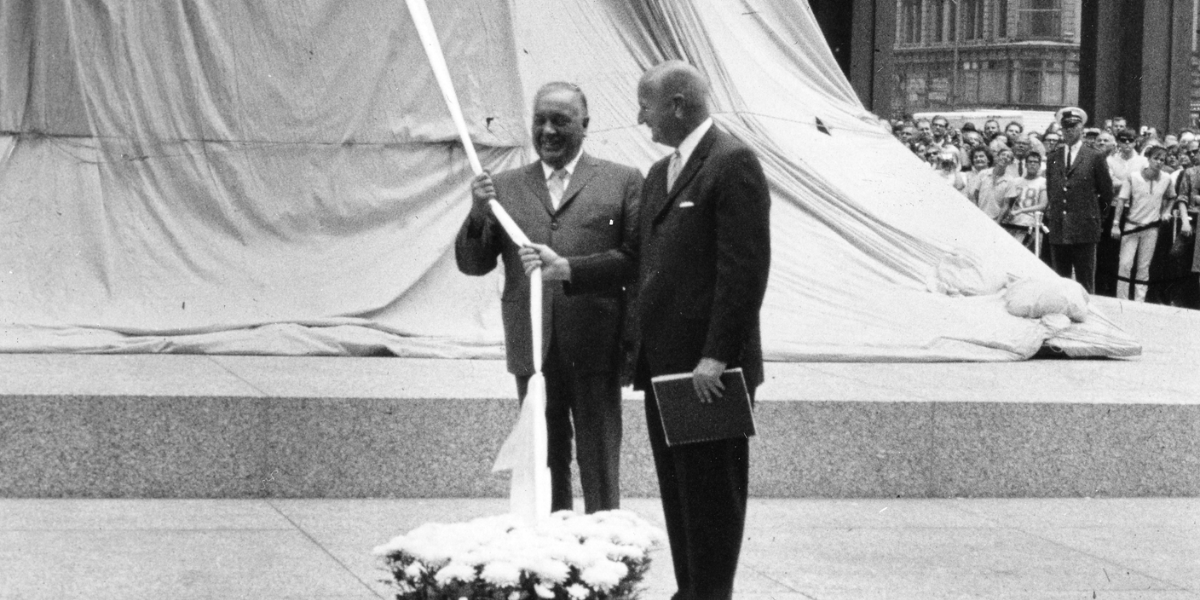 On Picasso’s favorite part of the sculpture

Stratton: When Picasso looked at pictures of the sculpture that architects sent him, he really enjoyed how the monument was interactive, like seeing kids sliding down the sculpture. He did not like when the city put up a fence around it so that people couldn’t climb it. And the architects didn’t like the fence either because visually, it wasn’t what they had intended.

This interview has been edited for brevity and clarity. Click play above to hear the whole interview.