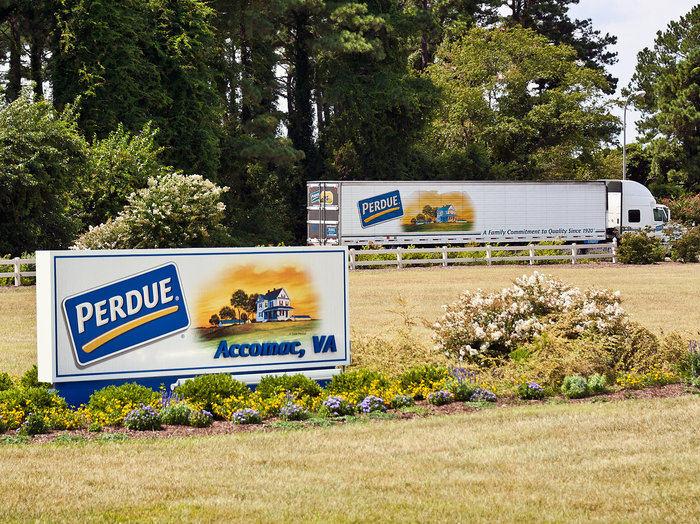 The Cornucopia Institute has put together a poster that shows the full extent of the merger wave, at least for the organic industry. In the latest deal, announced a few weeks ago, Perdue Farms, a big poultry producer based in Maryland, bought Niman Ranch, which started as an idealistic group of farmers protesting against companies like Perdue.

For shoppers who like their food natural, local and organic, though, these deals can be unsettling. Will they still trust a food brand if someone else now owns it?

As it happens, some of the founders of those companies wonder the same thing.
Take these three: Bill Niman, Gene Kahn and Grant Lundberg. Niman started Niman Ranch, Kahn foundedCascadian Farm, a pioneer of organic food and Grant Lundberg is CEO of Lundberg Family Farms, which sells organic rice.

Each of these companies started with its own vision of a better way to grow food. "For us, the innovation was raising animals without the use of pharmaceuticals and chemicals," Niman says.

At roughly the same time, in the early 1970s, Gene Kahn started a back-to-the-land experiment that turned into a business. "I became enamored by the whole notion of agriculture, and farming, and improving the environmental performance of agriculture," he says. Grant Lundberg's grandparents, for their part, were influenced by the trauma of the Dust Bowl. "Remembering some of those experiences, they started to farm a little different from their neighbors," Lundberg says. In addition to a vision, though, these companies had ambition. They wanted to expand, and they did, riding a wave of demand for humanely raised meat, organic fruit and organic rice.

"We have offers a lot," Lundberg says. "They want to explore, they want to talk about the idea of purchasing, or making an investment in the company."

So these founders (or, in the case of the Lundberg family, the grandchildren of the founders) all faced a choice. Should they sell? Would it be selling out?

Gene Kahn, from Cascadian Farm, can't stand that phrase, "because it's so akin to selling out your soul to the devil."

He says that's it's not that simple. Part of the pitch that the big companies typically make involves a promise to expand the company's vision, converting more land to organic farming, or raising more animals without hormones and drugs.

None of these food idealists have anything against the sheer size of big food companies, by the way. They agree: Big can be good. Efficiency makes food affordable.

"You're a cynic if you say only small companies can ... have values, aren't you?" Lundberg says. "Somehow you have to believe that size doesn't matter."

Each founder, however, has pursued a different path. 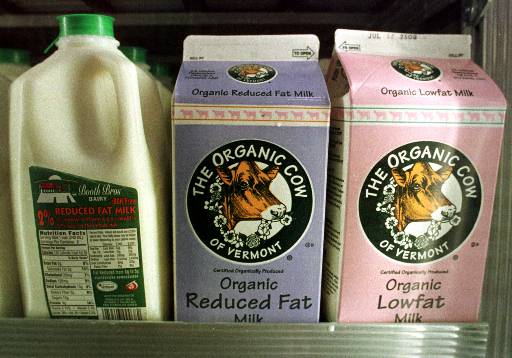 The Lundberg family has spurned all offers. Grant Lundberg says that his company doesn't really need investors. And if you sell, he says, there's no way to make sure that the name Lundberg Family Farms "would continue to represent that commitment to the environment, producing high-quality food."

Gene Kahn, though, sold Cascadian Farm to one of the biggest food companies in America: General Mills. That was 15 years ago.

He says it's worked out really well. "They've not only preserved the ethics and the whole vision of the company, they've improved it," he says.

Bill Niman, meanwhile, has complicated feelings about the recent sale of Niman Ranch to Perdue.

"Right now, I feel pretty good about it," he says. Niman has some emotional distance, by now, to the company that he founded. He actually left Niman Ranch eight years ago.

"The important thing is that Perdue is very capable of adhering to the same kind of standards for treating animals better, and treating farmers more respectably," he says.

In fact, Perdue may be forced to follow that way of operating, Niman says. The poultry giant just spent a lot of money for the Niman Ranch name and reputation. It wouldn't want to ruin that asset, he says.

But Niman still worries that the new owners will just try to maintain that reputation through marketing, with slogans that don't mean much. "These bigger outfits have a lot of marketing power, and they're able to spin things and create confusion in the marketplace, which is a little bit frightening for me."

He admits that he doesn't feel the same about Applegate products, now that Hormel owns it. He doesn't buy Stonyfield yogurt anymore. He says he just doesn't trust the new owners quite as much.

To keep that trust, big food companies may have to do more than buy a brand. They may need to show skeptical consumers that they're sticking with the principles of that company's founders.