Dozens of newspapers across Illinois on Wednesday published coordinated editorials demanding that Republican Gov. Bruce Rauner and Democratic leaders in the General Assembly agree on a budget.

The State Journal-Register coordinated the effort out of Springfield.  Rosanne Cheeseman, the paper's interim publisher, told the Associated Press that newspapers are taking the step because lawmakers appear to have stopped listening.

Though Rauner and Democratic leaders are negotiating, Illinois could enter its second year without a budget Friday.

Some of the papers made the unusual decision to put their editorial on the front page. Scroll through some of them here. 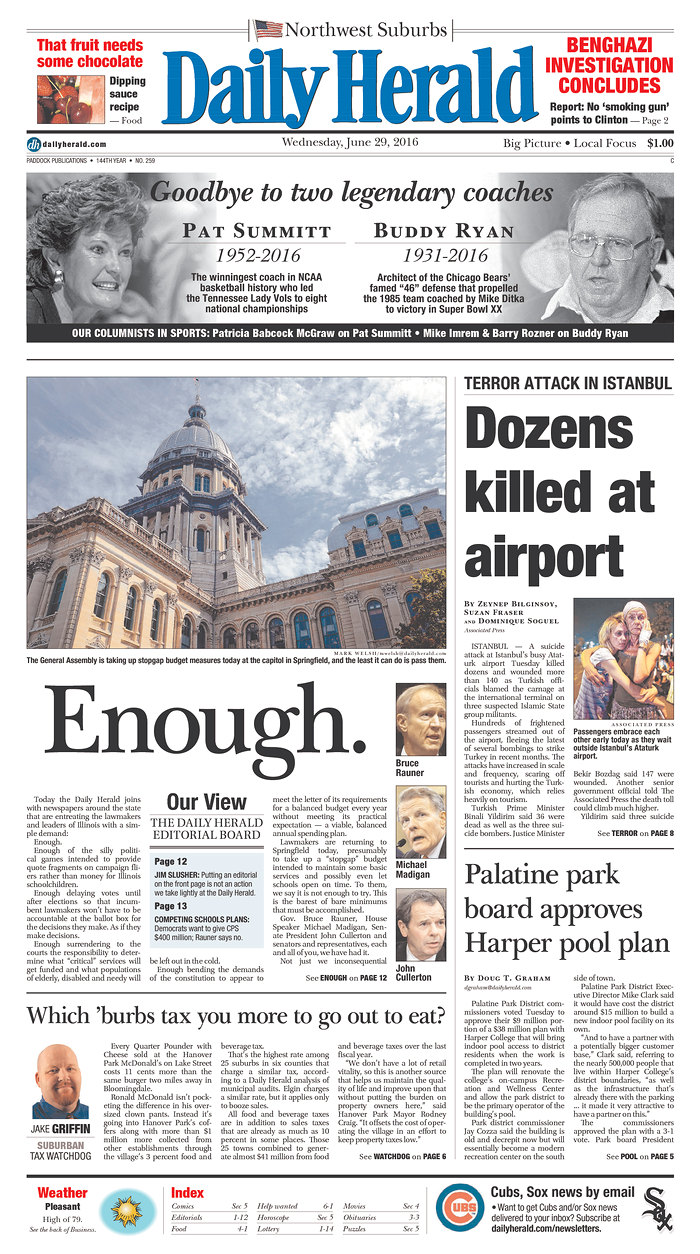 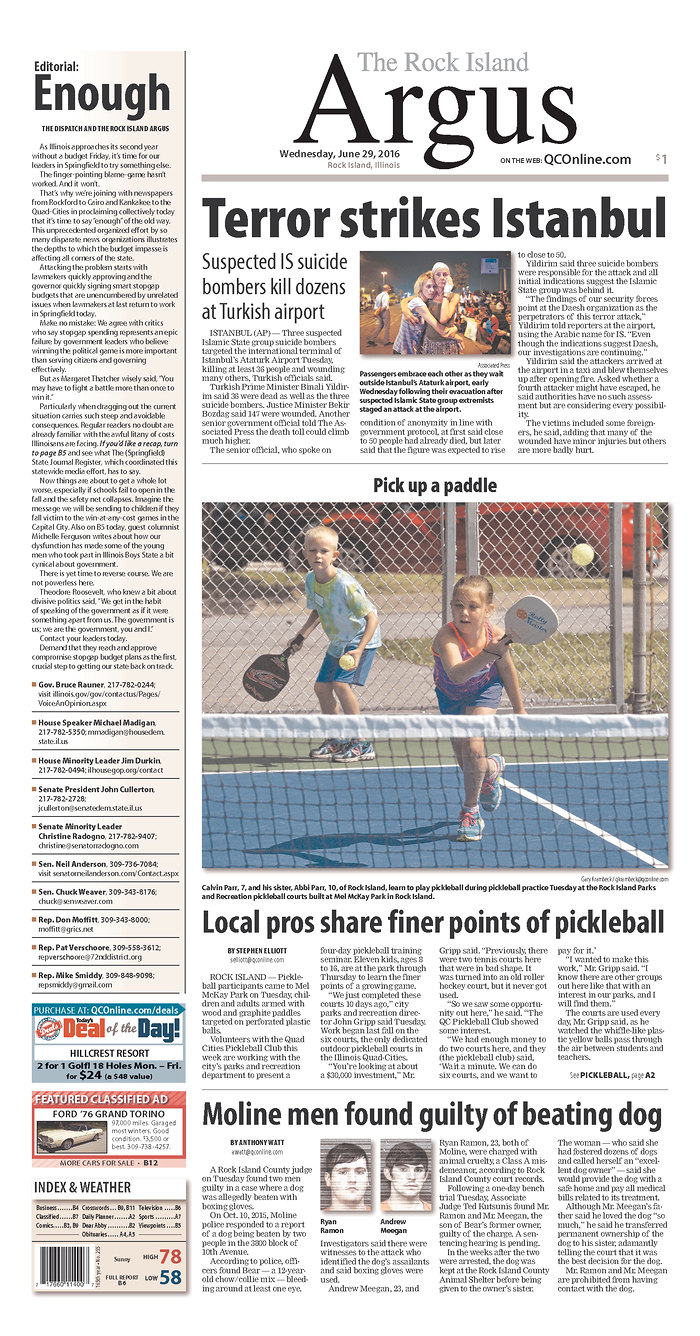 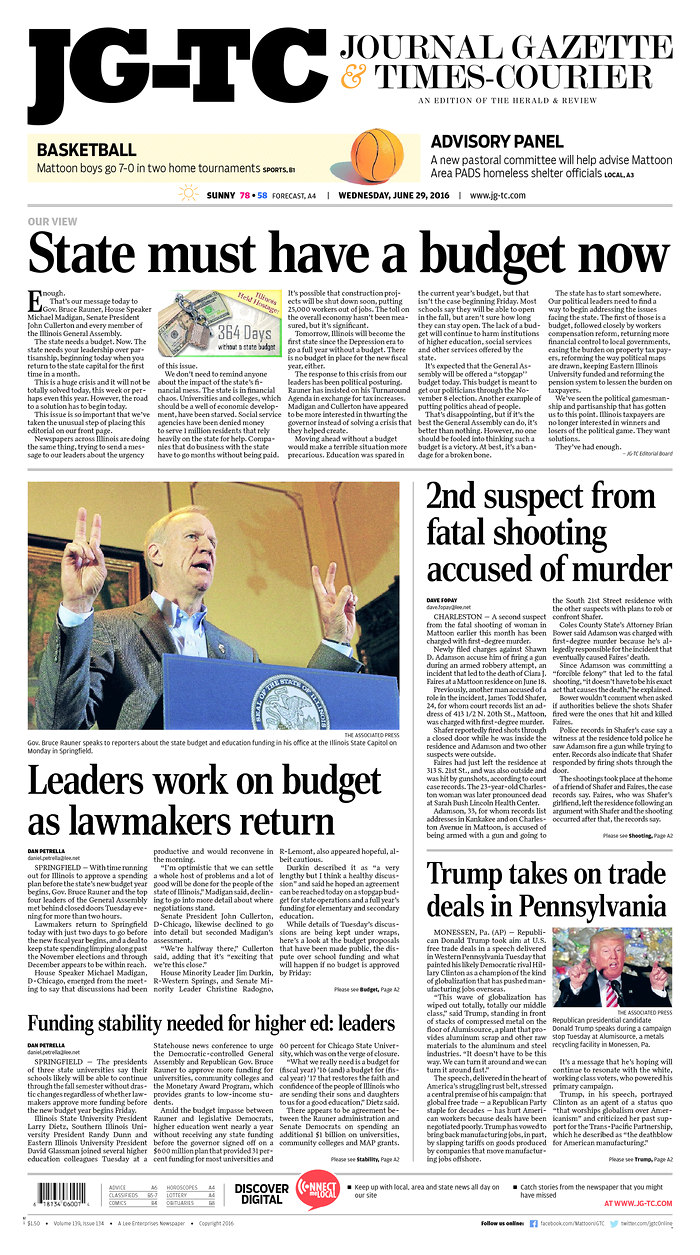 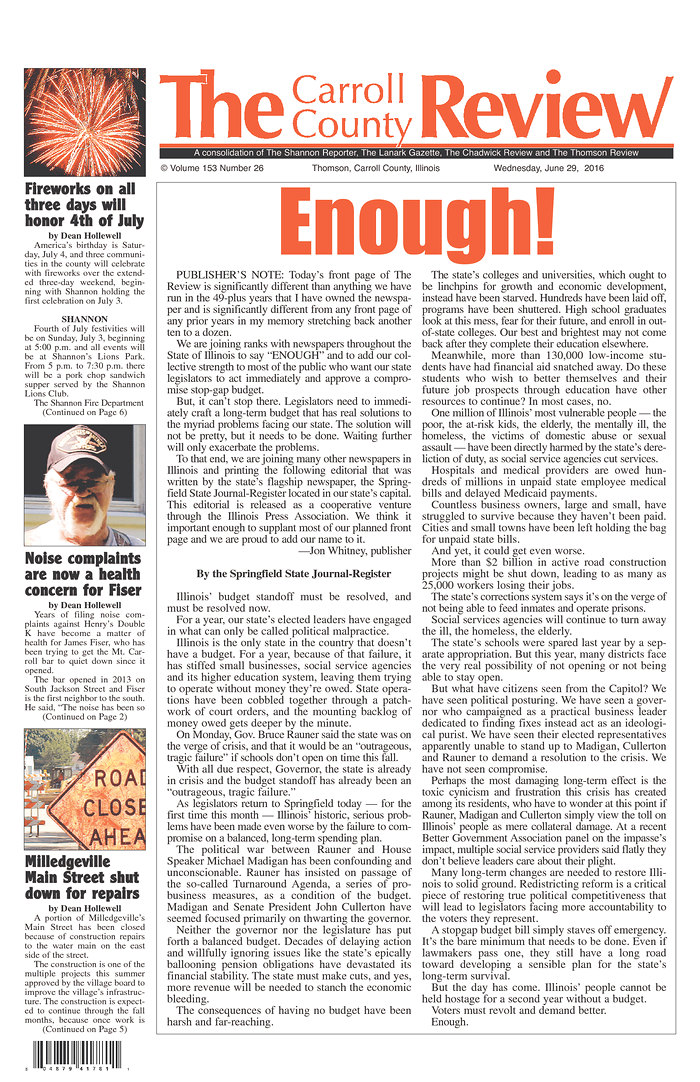