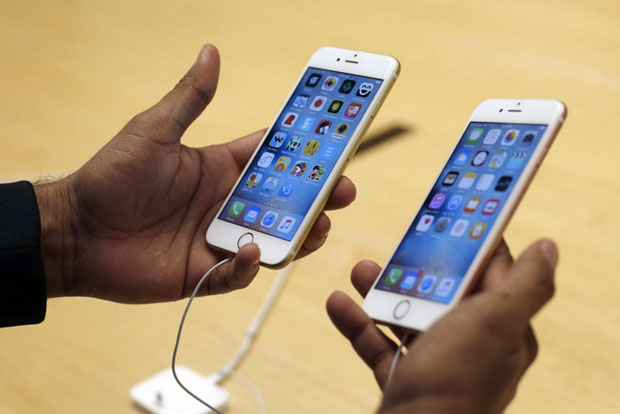 Days after Apple's CEO wrote an open letter to customers, the head of the FBI responded with his own message, urging those involved to "take a deep breath and stop saying the world is ending."

FBI Director James Comey made his case in a blog post on the Lawfare web site that was published Sunday night, the latest exchange in a battle over the FBI's attempts to get Apple to unlock an iPhone used by San Bernardino shooter Syed Rizwan Farook.

The FBI leader's post comes as Apple faces a court-issued deadline to formally respond to the FBI's request for help by this Friday.

"We don't want to break anyone's encryption or set a master key loose on the land,"Comey wrote, later adding, "Maybe the phone holds the clue to finding more terrorists. Maybe it doesn't. But we can't look the survivors in the eye, or ourselves in the mirror, if we don't follow this lead."

Over the weekend, it emerged that shortly after government officials obtained the iPhone Farook used, a San Bernardino County employee working with federal authorities reset the password for its iCloud account — meaning the phone could no longer perform an automatic wireless backup that could have enabled Apple to recover information.

Hours after Comey's message went online, Apple CEO Tim Cook sent an email to his employees saying the company is trying to ensure the data security of "hundreds of millions of law-abiding people" and avoid setting a "dangerous precedent that threatens everyone's civil liberties."

Apple also posted a page to answer questions about the case, on which it calls for the FBI to withdraw its demand for help opening the phone — and for the government to "form a commission or other panel of experts on intelligence, technology and civil liberties to discuss the implications for law enforcement, national security, privacy and personal freedoms."

That remark echoes a sentiment in Comey's post, in which he urged Americans to have a "long conversation" about technology, saying it "creates a serious tension between two values we all treasure: privacy and safety."

The message comes less than a week after Apple refused to cooperate with a federal judge's order to help the government unlock the iPhone in question. In the open letter addressed to Apple's customers, Cook wrote:

"While we believe the FBI's intentions are good, it would be wrong for the government to force us to build a backdoor into our products. And ultimately, we fear that this demand would undermine the very freedoms and liberty our government is meant to protect."

Apple says that in order to comply with the judge's order, it would have to create something that doesn't currently exist: a software tool that could potentially unlock any iPhone in someone's physical possession.

The FBI has linked its request to the ongoing investigation into the San Bernardino shootings, but as the Two-Way reported last week, "Apple and the federal government have been arguing about encryption for years."

There is a wide range of opinion about whether Apple should comply with the latest request, as a listen to today's Morning Edition demonstrates.

Philip Mudd, a former counterintelligence analyst who has worked for both the FBI and the CIA, tells NPR's Steve Inskeep that Apple should help investigators break into the phone — with one key condition: "I don't believe they should tell the government how they did it. They should hand over the data, but not compromise themselves by giving the government the method by which they broke the code."

When reminded that Apple has rejected that idea by saying it would create a precedent that could be abused by governments or hackers, Mudd responds, in part:

"I would say we've done this for decades, with emails and phone information before the age of smartphones — and nobody said that fundamentally violated American rights. So I don't know why smartphones are so much different than issuing a court order to say, Verizon or to Google for email information."

To give us a sense of what regular Americans think of the dispute, Frank Morris of member station KCUR in Kansas City filed a report for Morning Edition.

Here's a sampling of reactions: