One day this fall, first grader Russell Muchow brought his usual bagged lunch from home to Kellogg Elementary School in the far Southwest Side Beverly neighborhood.

When it came time for lunch, he wanted to have a cold milk. But when he asked for a carton in the lunch line, his mom Molly Muchow says Russell was told, “in order to take the milk (he) had to take the lunch.” 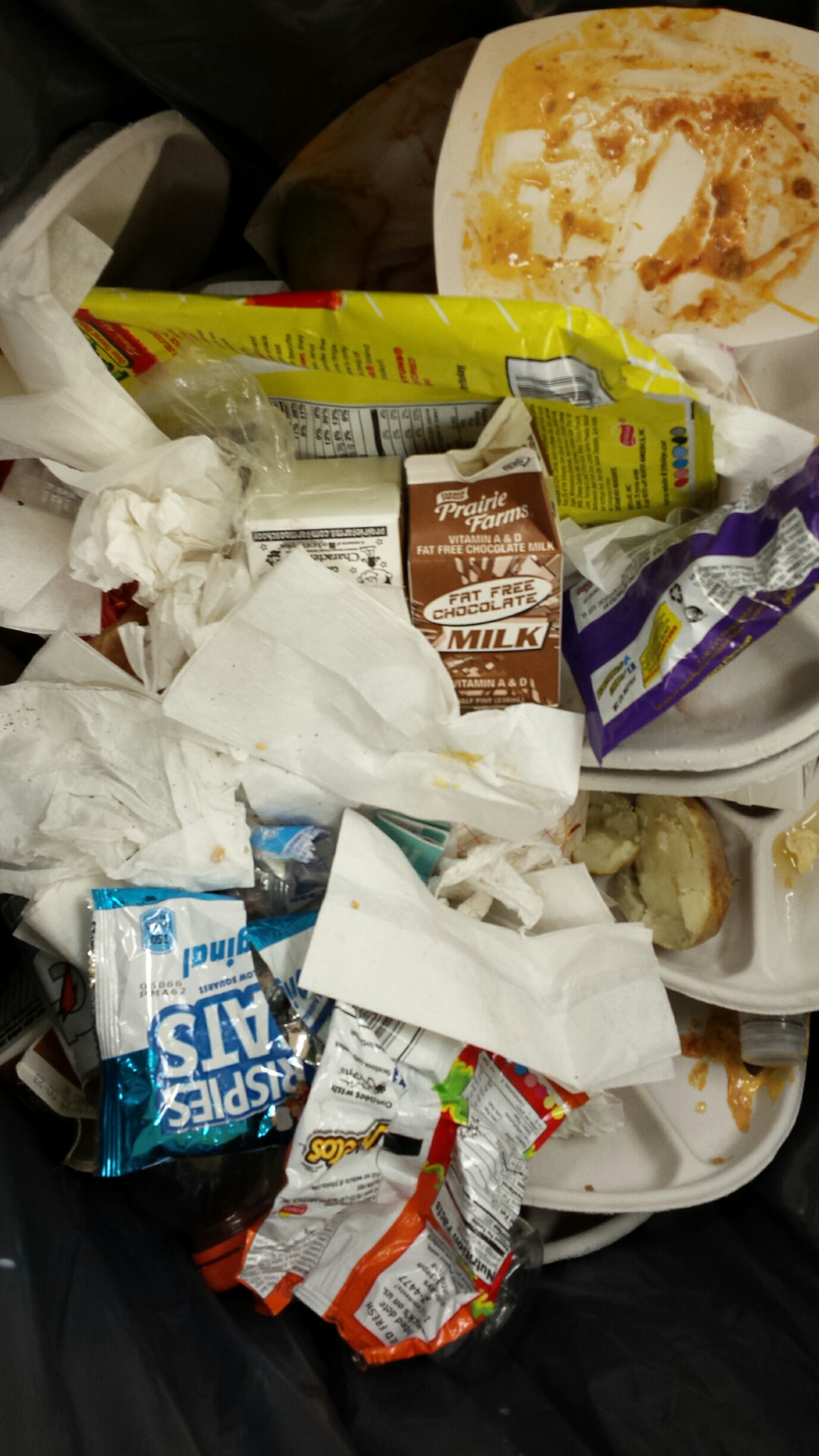 But the 6-year-old already had a lunch and if he took a second one, he’d just have to throw it away. It didn’t make sense to him. So when he got home, Molly Muchow says, “he was distraught” over being told he had to take food he couldn't eat. “That is not what we teach them at home. We don’t throw out food. That is unacceptable.”

Muchow says she called up the Kellogg school  lunch director (Chicago Public Schools officials did not respond to WBEZ requests to interview the lunch director.) and basically got the same message: kids can’t take free milk unless they take the whole meal.

“So I said I’d just pay for the milk extra,” Muchow recalled. “And [the lunch director] told me it would actually be better for me to have him take the lunch even if he was going to throw it out, for budget reasons, and numbers and for them.”

This may sound outrageous from a food waste perspective, but from a school money angle, it’s true.

That’s because for each child who takes the full meal — which includes an entree with milk and a side of fruits or vegetables — the U.S. Department of Agriculture pays CPS $3.15, which it shares with the food service company Aramark.

But if a child just takes a milk, the district and Aramark get nothing from the feds.

"In order for it to be a reimbursable meal by USDA the lunch needs to include all the meal components," explained USDA regional administrator Tim English. "And that would be a grain, vegetable or fruit, milk and meat or meat alternate. The idea is that we want to provide kids who are taking school lunch with a well-rounded meal."

But it means kids who just want an egg or banana at breakfast, for instance, must take the rest of the meal, even if it’s tossed in the garbage.

Starting last school year, most  districts across the country like Chicago’s, with a lot of low-income students, adopted the Community Eligibility Provision. That’s a USDA program that  makes all meals free to all students in the school or district regardless of income. This reduces mountains of free lunch application paperwork and the need to collect money in the lunchroom.

Students still have the ability to pay 45 cents for milk out of pocket each day. But Northwestern University economist and professor of social policy Diane Whitmore Schanzenbach says the policy doesn't make that likely.

“The incentives here are certainly for kids to take what’s free and then wastefully dispose of it,” she continued, “so it seems like there’s room for a policy improvement so that kids can get just the milk for free instead of taking the whole meal and then throw part of it away.”

That policy change would require an act of Congress — which happens to be reviewing the rules around school lunch right now, albeit at a slow pace. 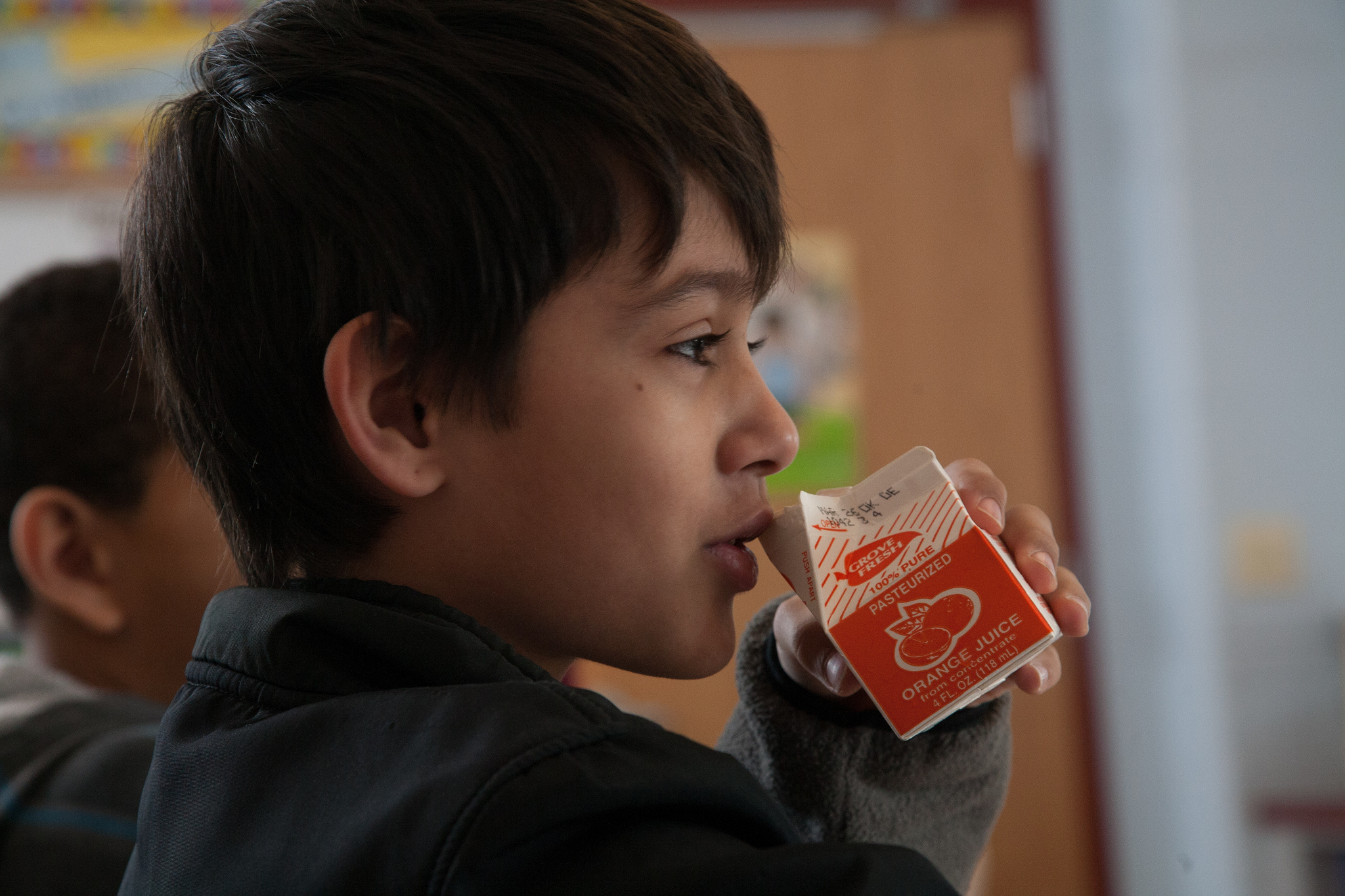 There is, however, a window for a quicker fix. CPS could choose to pick up the 45 cent tab when a student wants just a milk, making the less wasteful option an easy option (We found at least one district in Ohio where the superintendent says he decided to start doing this two months ago in response to food waste).

Still, CPS rejects the idea, saying it would just cost too much. And, to be fair, this appears to be the stance of most districts across the nation, according to Tim English, the USDA director for the Midwest.

So if free milk won’t be an option in the district, how are the existing choices presented to students? Are kids told they can bring money to buy a milk? Are they encouraged to take more than they want?

We asked CPS to explain exactly how lunch staff are told to present the options, but officials would not talk to us about it. The district also would not give us permission to talk to the Kellogg lunch staff about the procedure they follow on the matter.

Kellogg parent Jill Zayauskas says she pretty clear about the way the options are handled at her school, and it makes her mad.

“My son was five when he first saw this and if a five-year-old knows wasting food is wrong then the people who plan this program should know that,” she said. “I just don’t understand why children are forced to throw away a complete lunch to get chocolate milk and actually encouraged to do that so someone can make their quota. It’s all about money”

About half of the money for each meal goes to food service company Aramark, which receives $1.31 for each lunch taken.

Kellogg mom Emily Lambert says students are getting mixed messages, right when they’re in the middle of a food drive.

“My son is coming home every day asking to take food to school to give food to people who don’t have it, while in the lunchroom they're throwing it away,” she said. “They understand that it’s wrong to throw away food that you have and you aren’t going to eat.”

The USDA is also in the middle of its own campaign to reduce food waste by 50 percent in 15 years.