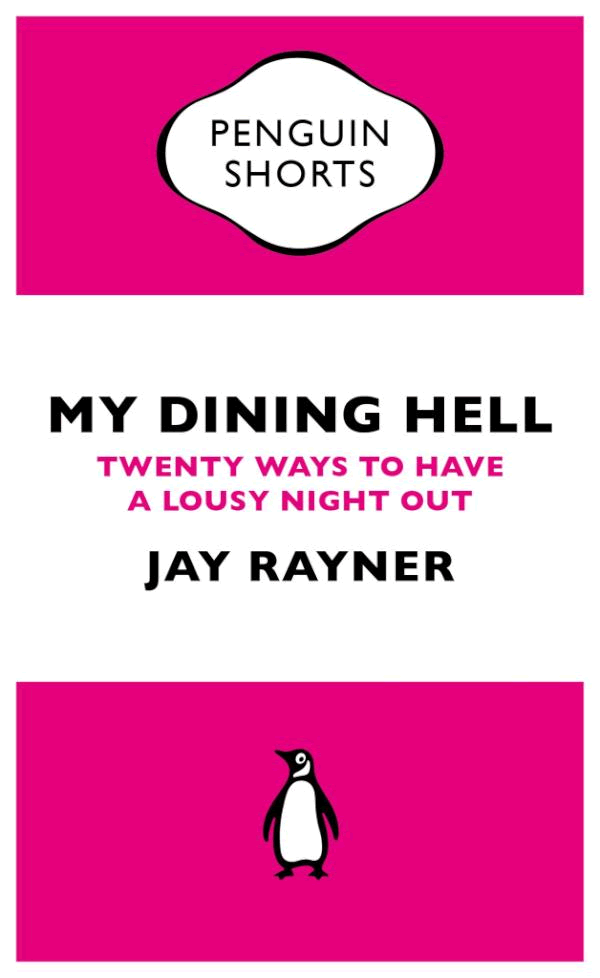 You may know London Observer restaurant critic Jay Rayner best as a former judge on Top Chef Masters, including the first season in which Rick Bayless won. What you may not know is that Rayner himself is a professional competitor, in the blood-hungry sport of British restaurant criticism.

Chicago magazine recently published chief dining critic Jeff Ruby's story "Chicago Restaurant Critics Talk Food Fights."  Ruby wrote, "I asked Vettel, Tamarkin, Kramer, Sula, and Nagrant if we are rivals. Each answered unequivocally: no. No one, it seems, cares to ignite a shit storm with another writer, regardless of the attention it might draw."

"One could argue that we in Chicago save our aggression for the restaurants instead of one another, but as it turns out, much of the writerly angst has another source. In these uncertain times, neurotics like us are too focused on our own jobs — and whether we’re doing them well enough — to give the other guy much thought."

Rayner's latest book, My Dining Hell, has just been released. It's a short e-book collection he describes as "filled with accounts of twenty restaurants — their chefs, their owners, their poor benighted front-of-house staff— getting a complete stiffing courtesy of the sort of vitriolic blood-curdling review that would make their loved ones seethe and the victims call for their mummies." They're prefaced by an introduction, written in his signature funny, thoughtful and self-depracating style. Rayner drew from nearly 800 reviews, going back 13 years as a restaurant critic. He's worked 25 years as a writer.

I spoke with Rayner on his first day in Chicago. Here are the juicy bits.

I've been following you on Twitter. Why did you go to the pits?

This trip to the States I'm promoting My Dining Hell as well researching a book to be published next spring, A Greedy Man in  Hungry World. It questions what food security really means. What are all these issues? I wanted to see commodities trading as it happens. It's one of the most astonishing things I've ever done. Even if you've seen shots of it it doesn't give you the scale. It's like a sports arena, with a lot of articulate guys.

What else are you doing for three days here?

I'm going deep into Illinois corn country to meet with a corn farmer on Saturday. I'm also meeting with Roger Thurow, who wrote The Last Hunger Season, who's based here.

Speaking of farms, why have you been critical of farmers markets?

I love going to a really good farmers market. Or should we call it an artisan market? How many of those guys are really farmers? I do not regard that as an alternative model. The 16 quid chicken is nothing more of a challenge to the system than a £1,000 handbag. The farmers market is really part of the luxury goods market.

Where are you eating and will they be reviewed?

Tomorrow night I'm eating at g.e.b. [Graham Elliot Bistro]. I'd judged him on Top Chef Masters but this will be a proper dinner. And tonight at Longman & Eagle. I'm not reviewing them, the reality being that our readers are more likely to be interested in New York restaurants than Chicago — and they'd be wrong.

Graham Elliot? But you wrote in the new book that in good restaurants, "None of the ingredients have been tortured."

Torturing ingredients is a bit of hyperbole. It's doing things to no great effect. There are a lot of ambitious young chefs who don't have enough experience who are doing a lot of stuff to ingredients. They should be asking, "Does it taste nice?" I haven't eaten Grant Achatz's food but I understand he knows what he's doing. I am intrigued that Chicago is this hot bed of modernist cookery. Here you have Grant Achatz, Charlie Trotter, Graham Elliot Bowles and Homaro Cantu.

Why do you think that is?

I'm not entirely sure why and it would be rather presumptive of me to say. It's only my third time here. New York is fascinated by the next big thing but quite conservative. And it's an expensive city in which to set up, so investors might be hesitant.

Back to your new book, I was surprised by one restaurant, Elijah's Garden; that you even reviewed back in 1999 and that you included it in the book. You've said that the times you haven't written about a restaurant is when it doesn't deserve national attention. But this was a little place where dinner was only £18 for two, and it's since closed. Why did you include it?

The reason is the political organization. [The Nation of Islam] I have a background of having written about politics, race politics and fascism. Let's not forget that Louis Farrakhan called Judaism a "gutter religion."

This is a great vehicle to mock hateful organizations. Rather than a raging political column it's far better to take the piss out of their catering. My job is not just reviewing food. This is a marvelously supple form. A lot of people were outraged and furious. But all of these things are relevant. I'm part of that awkward squad, people who refuse to tow the line — who are professionally difficult.

The Nation of Islam sells bean pies in Chicago, and of course they're headquartered here. Those pies are good, like a sweet potato pie. What if the restaurant had been good?

I can't say because it wasn't good. But if it had been good, there's a bit of me that thinks I might find that even more sinister. The Nazi party was brilliant at marketing. The iconography and how they pressed folklore into their messages. If they'd just been rubbish that would have been one thing, but they were so damned good. That made them sinister. The manner in which they presented extreme political views was very slick. I find that deeply sinister.

Have you heard about Chick-fil-A? They have pretty good fried chicken sandwiches but there's controversey because of reports that they supported groups opposed to same-sex marriage.

I'd be there in a flash — and take a big party of gay men. What else would you do?

If you think of the restaurant review as solely "the lamb was overcooked and the fish was raw," then you're underestimating the form. 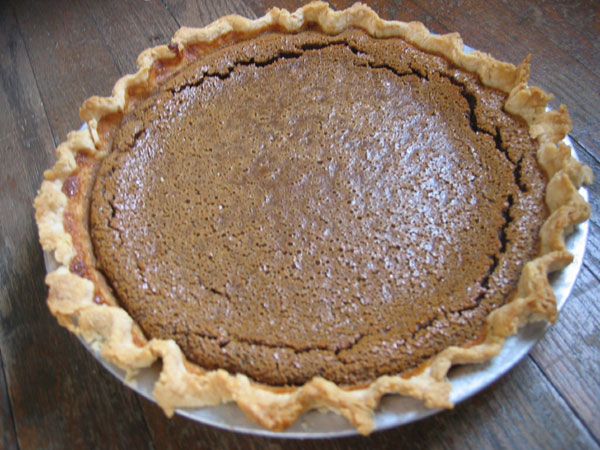