At some time or another, most boys growing up around Chicago dream of playing for one of the hometown baseball teams. Few ever make it. Even then, the Chicagoans who do get to the big time usually wind up with other ball clubs

So today let's look at one of those rarities, a native Chicagoan who played his entire major league career in a Chicago uniform. He was Johnny Mostil--and he was a star, too.

Born in Chicago in 1896, Johnny was a boy when his family moved a few miles over the Indiana line to Whiting.

He started playing semi-pro baseball as a teenager, mostly as an infielder. During the war-year 1918 he signed with the Sox and got into a few games.
The war ended, the regulars returned, and Johnny went back to work at Montgomery Ward. Then the “Black Sox” scandal hit.
Eight Sox players were kicked out of baseball for throwing the World Series. Suddenly the team needed replacements. Mostil rejoined the Sox in 1921, this time for good.
By now he was an outfielder. Writers covering the team were impressed with his defensive skills, comparing him to the legendary Tris Speaker. Once Centerfielder Mostil managed to catch a fly ball in foul territory, something even Speaker never did.
He became one of the team’s most popular players. The people in Whiting were proud of him, and traffic on the South Shore Line spiked whenever Mostil and the Sox were playing at Comiskey. His former colleagues at Ward’s even staged a Johnny Mostil Day at the ballpark.
Mostil twice led the American League in stolen bases. He could hit, too–his batting average was usually over .300, peaking at .328 in 1926. That year he was runner-up for the league’s Most Valuable Player award. 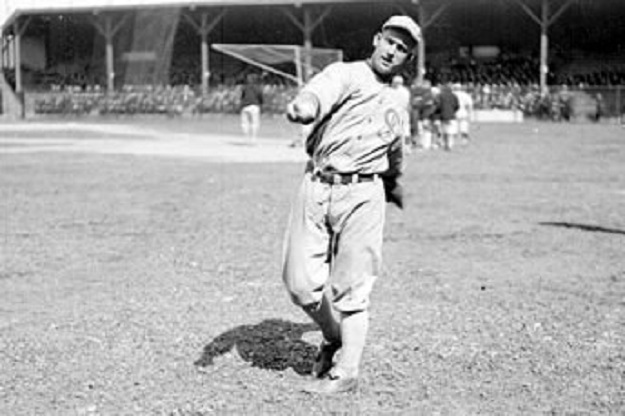 The Sox were in spring training at Shreveport in 1927. On the morning of March 9, Mostil tried to commit suicide by slashing his chest and wrists with a razor. The team announced he was suffering from neuritis, and had endured constant headaches and sleepless nights. Insiders whispered that he was depressed over a shattered love affair.

Mostil recovered and came back late in the 1927 season. But he was never the same player. The Sox released him in 1929.

He later managed in the minor leagues, and eventually became a White Sox scout. Johnny Mostil died at his home in Midlothian in 1970.