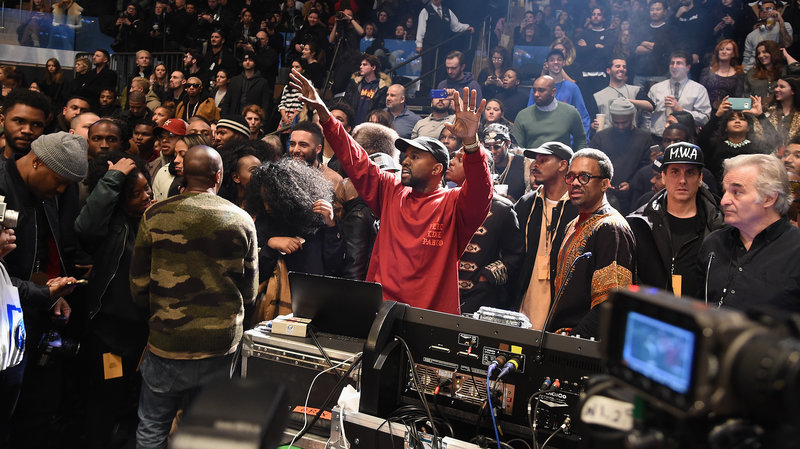 I'm not sure there's ever been a record release as confounding as the one for Kanye West's The Life Of Pablo. He's changed its title and track listing several times in as many weeks, and even up until the very moment I'm writing this, it's not 100 percent certain what will be on that final album, whenever and wherever it comes out.

Meanwhile, West has apparently turned his Twitter account over to his unleashed id, meaning that we've gotten a few days' worth of astoundingly ill-considered remarks, including proclamations of Bill Cosby's innocence and an insistence that when he calls Taylor Swift a "bitch" on the new record, it's really meant as a term of endearment. We say we want our artists unfiltered, but sometimes you have to be careful what you wish for.

Maybe this is all part of some performance-art piece we've been unwittingly sucked into, as West plays the puppet master who's gleefully pulling on our strings... and it seems to be working. No doubt, dozens of my professional peers stayed up late last night to bang out a review of an unfinished album that we probably couldn't have listened to more than a couple times. We did it because the "news cycle" demanded that we do. I did it and then I woke up today and realized the folly in it all. We're scrambling to digest whatever meager scraps Kanye is willing to throw us. Sure, it's kind of fun to get caught up in the fervor, but ultimately, trying to think through an album on a few hours' notice doesn't serve anyone well: not the artist, not the listener and surely not the writer.

There are those of us who yearn for the days when albums were reviewed after weeks of listening, but for the big pop releases, this is the new normal. Snap judgments are the only judgments we get to render. And normally, that system works well enough where we pretend not to notice its failings, but this week, Kanye West — whether intentionally or not — has exposed how ridiculous it can all seem. He's taken the lens we typically scrutinize him under and turned it into a fun-house mirror for staring at ourselves.