CHICAGO (AP) — The U.S. Justice Department on Friday is scheduled to release the findings of an investigation of the Chicago Police Department, and a law enforcement official says the report will show a pattern of civil rights violations. The probe was launched after a video showed a white officer fatally shooting a black teenager 16 times.

Here are key moments in the police department's history that contributed to a reputation for brutality toward minorities: 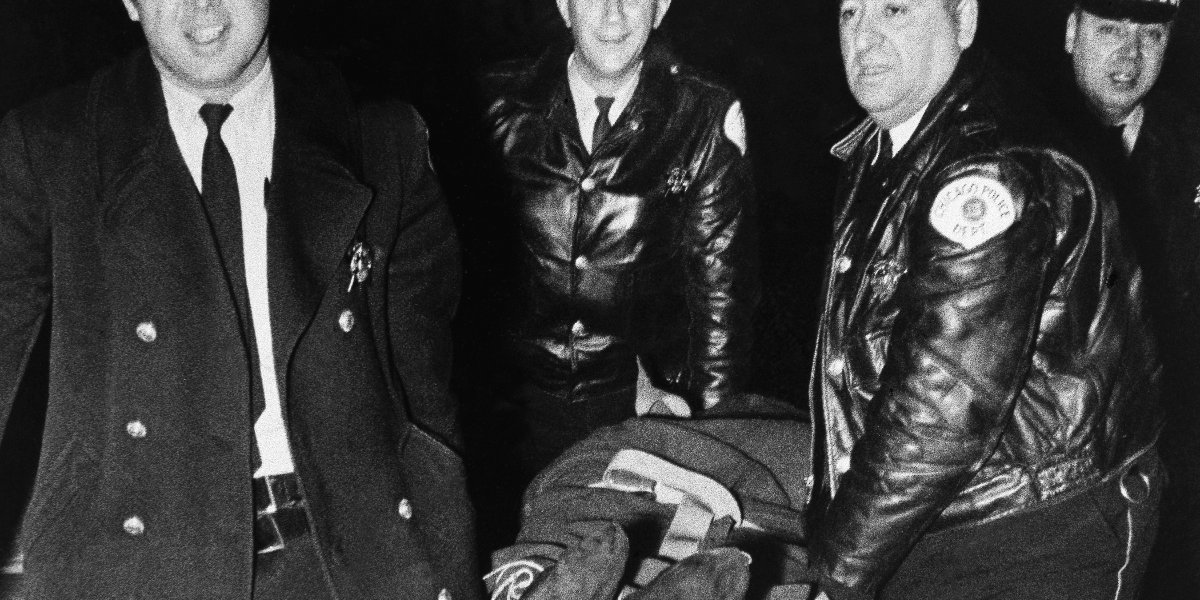 Chicago police remove the body of Fred Hampton, leader of the Illinois Black Panther Party, who was slain in a gun battle with police on Chicago's west side Dec. 4, 1969. Shooting erupted as police arrived at the building next to the Black Panther offices to serve a warrant. Another man identified as Mark Clark of Peoria, Ill., was killed and seven others wounded./AP File Photo

Dec. 4: Police officers open fire during a dawn raid on a West Side apartment, killing Illinois Black Panthers chairman Fred Hampton and another Black Panther, who were sleeping there. A federal grand jury later concluded that all but one bullet in what police said was a shootout in which dozens of shots were fired were, in fact, fired by police.

Not Since ’98: Relatives Reflect On Chicago Gun Violence Then And NowRELATED: 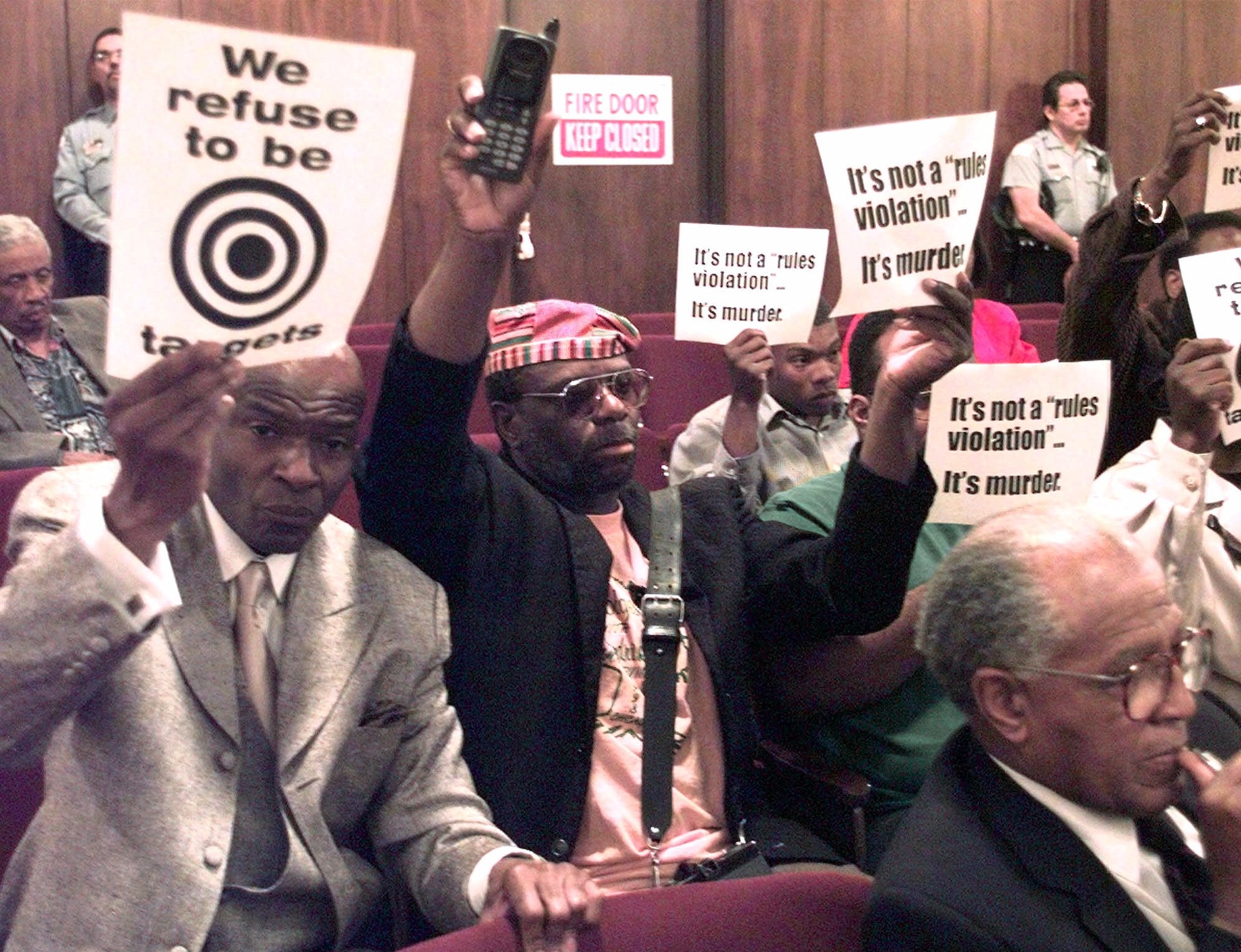 Dr. Nenehemiah Russell, left, from the adhoc committee to end police brutality, and a demonstrator holding a cell phone, protest during a Chicago City Council meeting, Thursday, June 17, 1999, held on two recent police shootings of unarmed people Thursday. One of those killed, LaTanya Haggerty, was allegedly shot as she reached for her cell phone. (Charles Bennett/AP)

Jan. 10: Gov. George Ryan pardons four death row inmates, all of them black men who he concluded were tortured by Chicago police into confessing to murders they did not commit. The men contended they were tortured by detectives under then-Commander Jon Burge. The next day Ryan clears death row, commuting 167 condemned inmates' sentences. 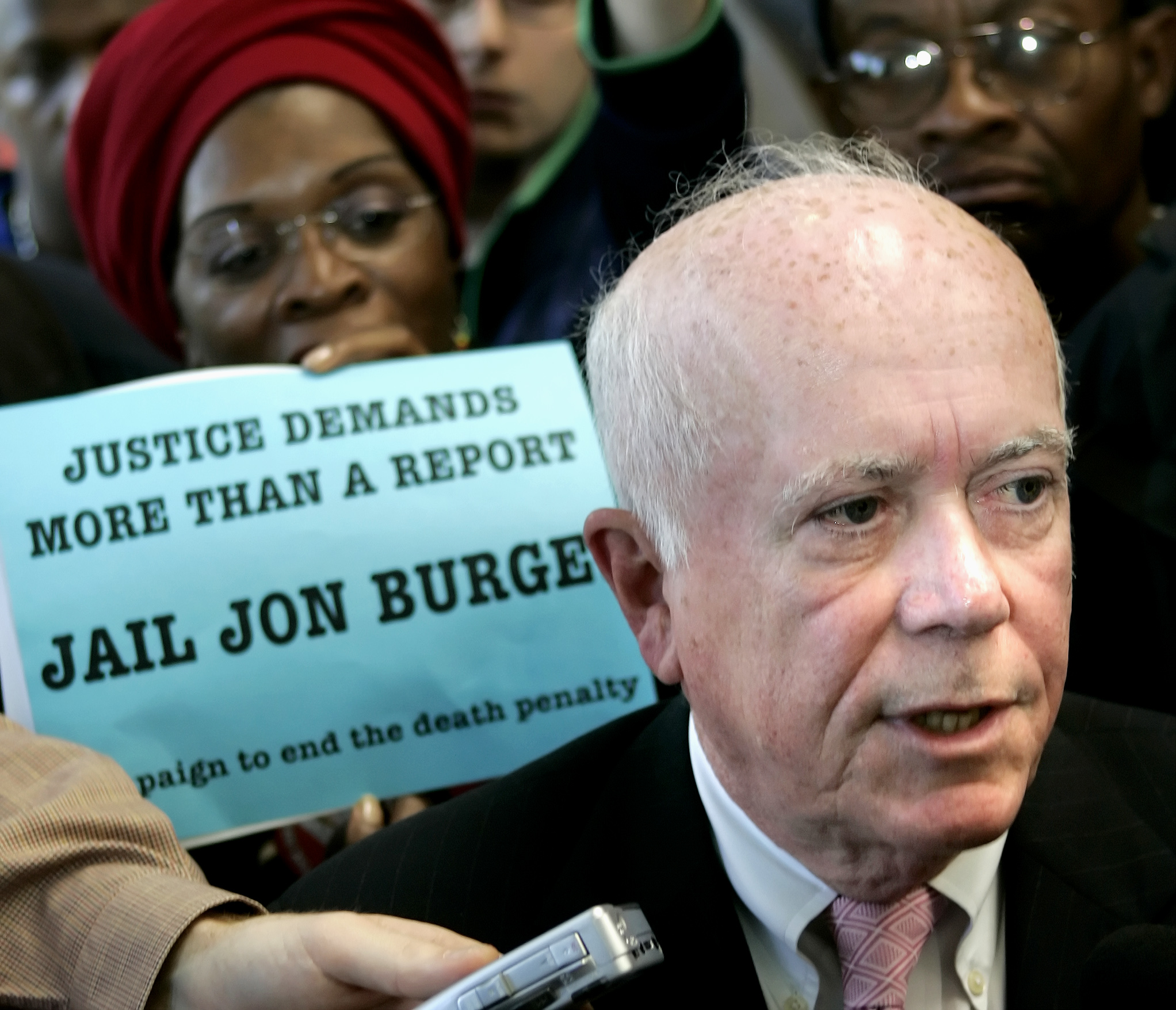 Joe Roddy, attorney for police officers, talks with reporters after a Chicago judge ruled Friday, May 19, 2006, that a report from a four-year, multimillion-dollar investigation into allegations of torture at the Chicago Police Department should be publicly released, but he delayed issuing the document for at least two weeks. The report addresses the alleged torture of 192 black men in interrogation rooms during the 1970s and 1980s by a violent crimes unit led by former Chicago Police Lt. Jon Burge. (Charles Rex Arbogast/AP, file)

July 19: After a four-year investigation, prosecutors appointed by a judge conclude that detectives under Burge shocked, kicked, or otherwise tortured scores of mostly black suspects from the 1970s into the 1990s. But they conclude the cases are too old or too weak to prosecute.

Oct. 21: Burge is arrested and charged in federal court with lying under oath when he denied in a civil trial that he participated in the torture of black suspects. Burge is later convicted and sentenced to 4 ½ years in prison. 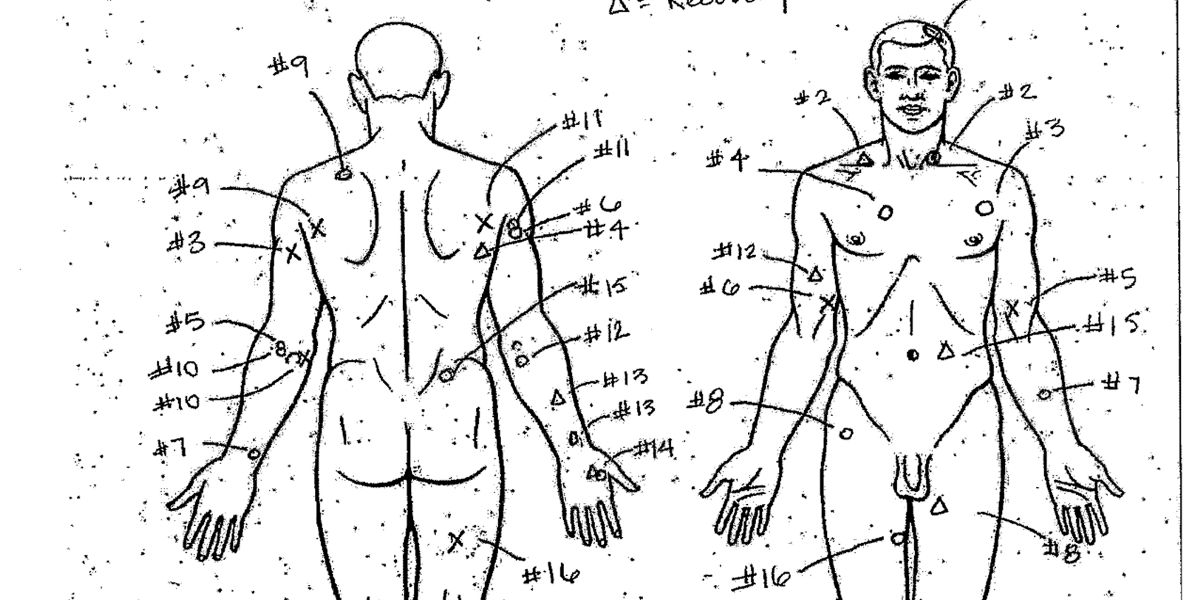 Oct. 20: Officer Jason Van Dyke fatally shoots 17-year-old Laquan McDonald 16 times after responding to a call about a teenager breaking into cars. Other officers back Van Dyke's claim that McDonald, who had a small knife with its blade folded, posed a threat to the officer's life, though he was veering away at the time. The shooting is captured on dashcam video, which appears to contradict the accounts of Van Dyke and the other officers on the scene.

April 15: The City Council votes to approve a $5 million settlement with McDonald's family.

May 6: The City Council agrees to pay a total of $5.5 million in "reparations" to victims of torture by Burge and his detectives, a step typically reserved for nations making amends for slavery or genocide. The settlement adds to a total, at the time, of more than $100 million the city paid in losing or settling Burge-related lawsuits.

Aug. 7: Police reach an agreement with the ACLU to avoid a threatened lawsuit over a "stop-and-frisk" policy the ACLU contends was disproportionately targeting blacks and other minorities. The agreement allows for independent evaluation of procedures and increased public disclosure.

Nov. 24: More than a year after the McDonald shooting, the city responds to a judge's order and release the video, sparking days of protests. Hours earlier, Cook County State's Attorney Anita Alvarez announced she was charging Van Dyke with first-degree murder.

Dec. 7: The U.S. Justice Department announces that its civil rights division will investigate the police force, looking for patterns of racial disparity in its use of force. 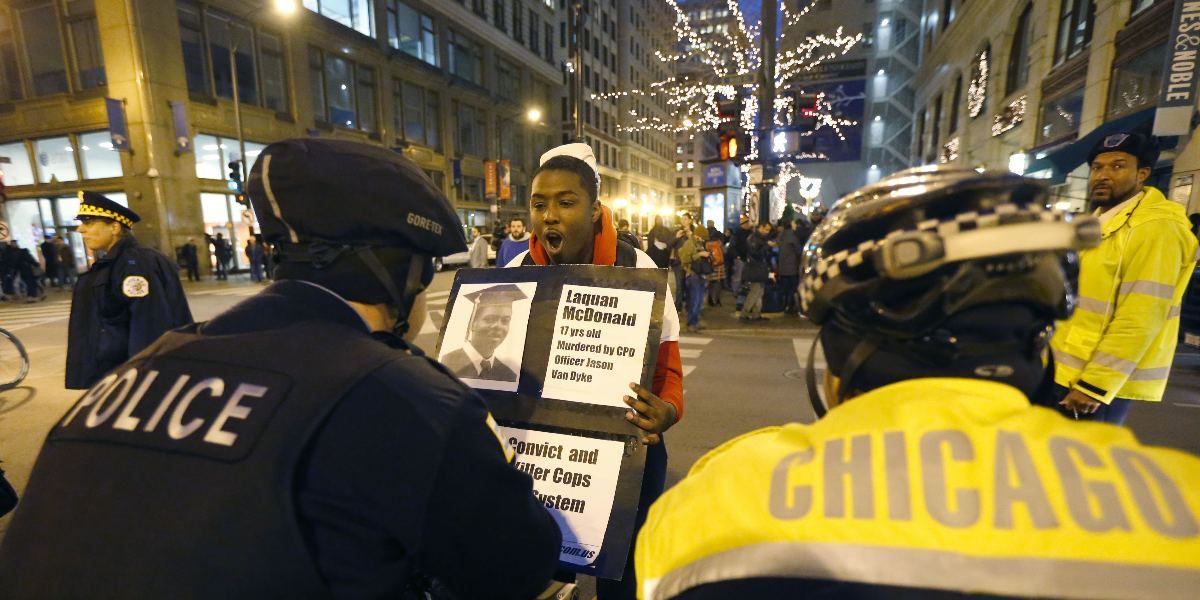 ﻿Dontreal Widow holds up a poster with the photo of 17 year-old Laquan McDonald and taunts Chicago police officers Wednesday, Nov. 25, 2015, one day after murder charges were brought against police officer Jason Van Dyke in the killing of McDonald, in Chicago. (AP Photo/Charles Rex Arbogast)﻿

Jan. 4: A federal judge accuses a City Hall lawyer of hiding evidence in the fatal police shooting of a black man during a 2011 traffic stop and tosses out a jury's ruling in a wrongful death lawsuit that the shooting was justified. The city subsequently settles a lawsuit filed by the family of Darius Pinex for about $2 million.

April 13: A task force established by Mayor Rahm Emanuel concludes that Chicago police have "no regard for the sanctity of life when it comes to people of color" and have alienated blacks and Hispanics for decades by using excessive force and honoring a code of silence.

Jan. 13: The Justice Department announces the findings of its civil rights investigation.