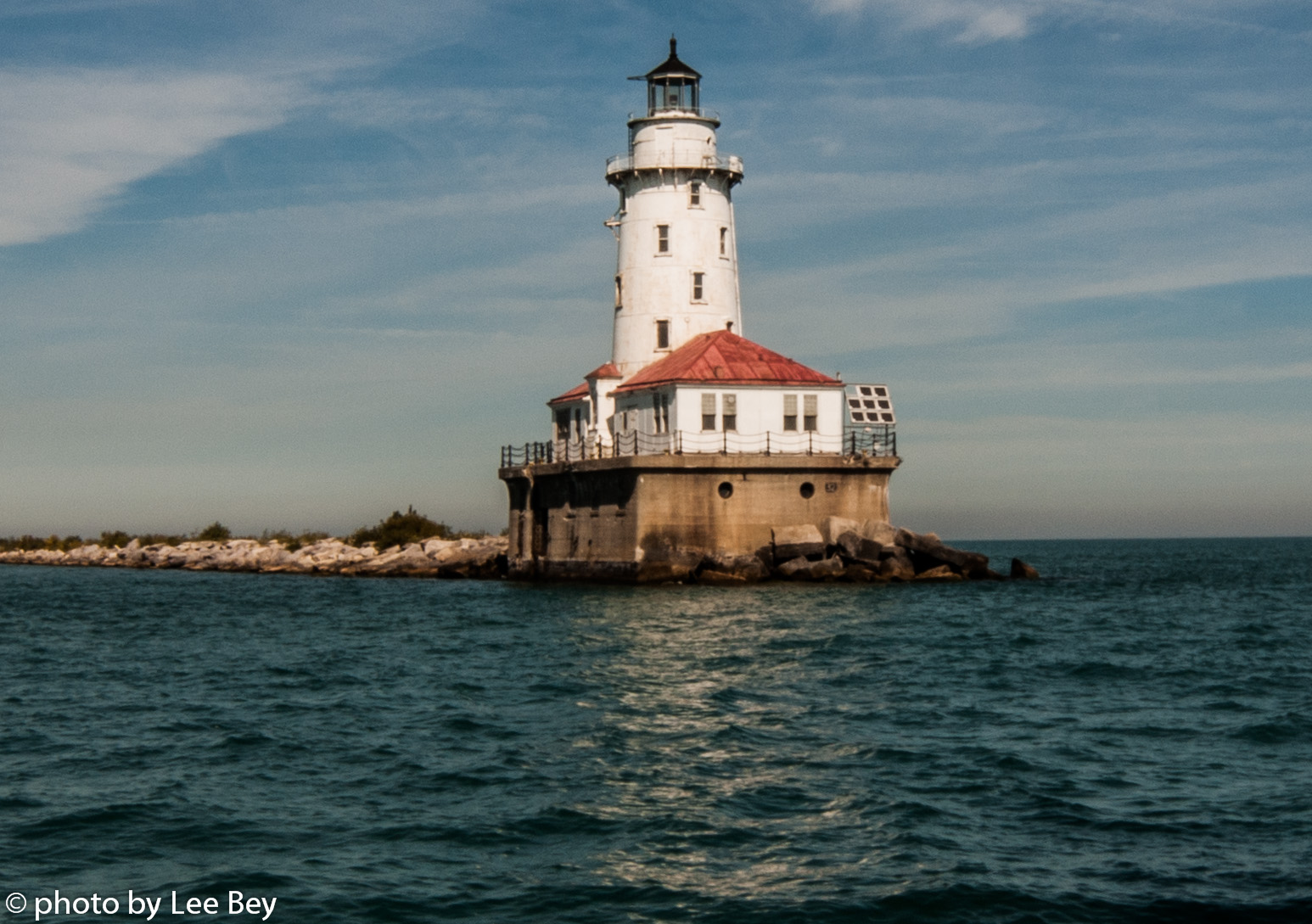 I went on a lake sail earlier this week and the trip took us--and my camera--close to the Chicago Harbor Lighthouse, the six-story lighted sentinel south of Navy Pier on the northern breakwater.

Built for the 1893 World's Fair, the lighthouse is listed on the National Register of Historic Places and is a Chicago landmark. The 120-year-old structure is a reminder of the city's once-active shipping industry. The lighthouse was originally constructed at the mouth of Chicago River, then was moved to its current site in 1917. Today, the automatic lighthouse guides pleasure and tour craft in and out of the harbor.

Like what you’re reading? Help support WBEZ by making a donation today. 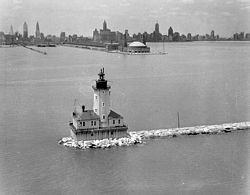 This 1930 U.S.. Coast Guard photograph shows the still-young city growing up behind the lighthouse.

A cylindrical 48 ft. tall brick and steel tower, a boathouse and a fog signal building compose the lighthouse. The lantern atop the tower emits a red flash every five seconds. The lighthouse has been automatic and unmanned since 1979 and is partly powered by a set of solar panels at its base.

Lighthouses have been a crumbling and endangered breed across the country in recent decades. But we've still got ours. 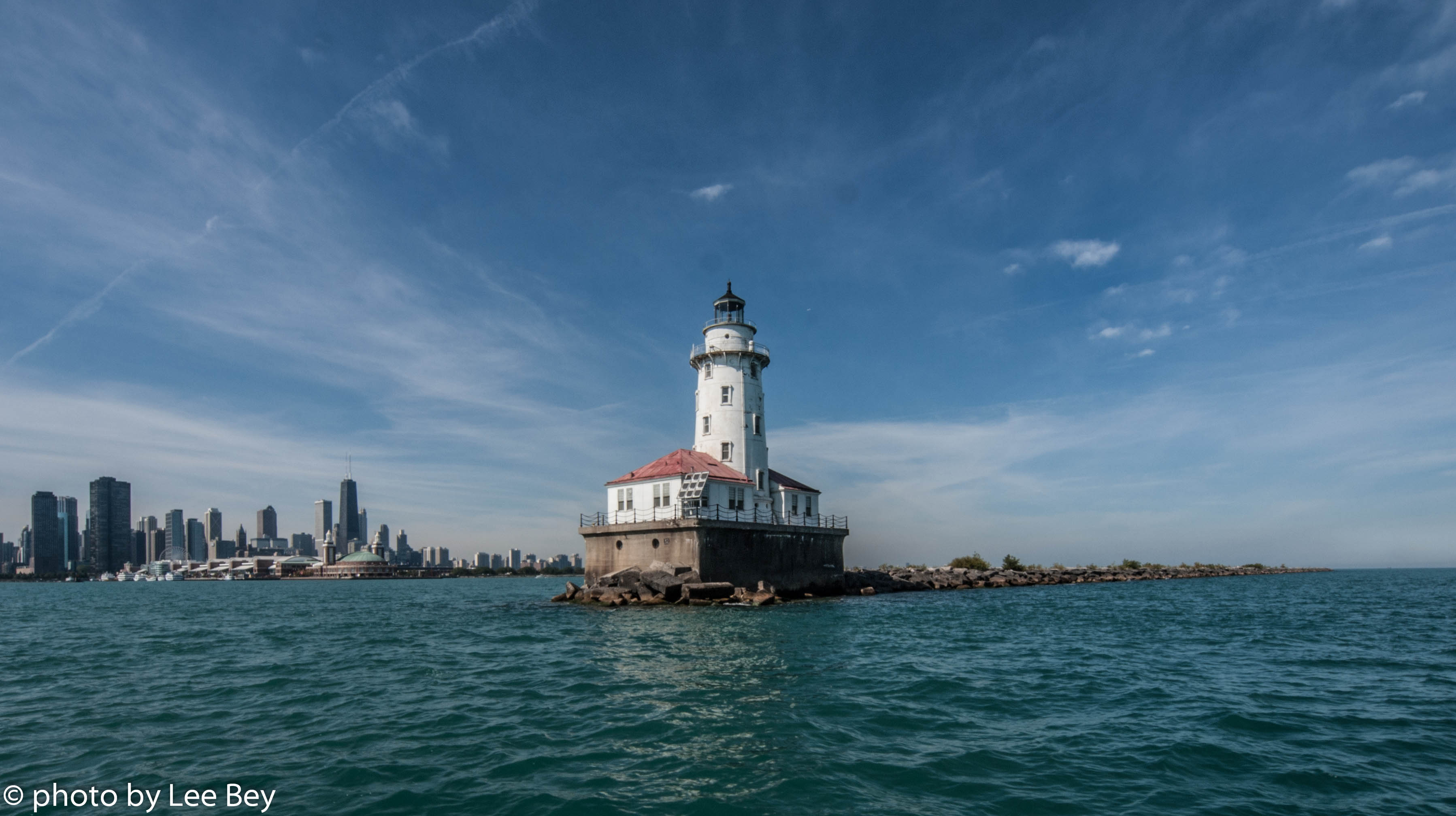