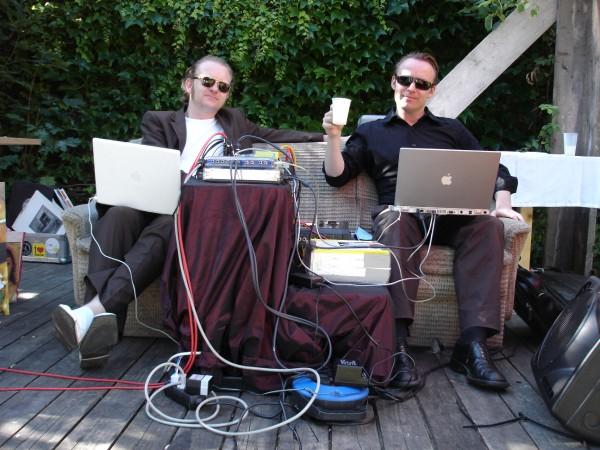 Chicago's never been afraid to wear its electronic heart beat on its musical sleeve. This is the city where house music was born, where Smart Bar, an epicenter of Chicago's DJ scene, just celebrated 30 years in business, where even Uncommon Ground, a venue best known for hosting folk or world music acts, is now entering the electronic scene with its new monthly "downtempo, chill, lounge DJ session."

That last event tells you — as if you need to be told — where electronica is now, which is just about everywhere. When Peaches performed at the Empty Bottle in the early oughts, indie rock types were too hip to listen let alone dance to her sound. Now everybody is dancing and electronica acts are on Pitchfork's main stage, instead of performing in in a tiny, tucked away DJ tent. If you're parent to a teenager you've probably chaperoned them to at least one local EMD festival this summer. And the rapid proliferation of DJs, like beat-making Energizer bunnies, led Deadmau5 (one of the performers in the completely weird ode to electronica on this year's Grammys), to declare the scene "a massively marketed cruise ship [that's] sinking fast."

So how odd that at the very moment the genre has seemingly conquered not just music but pop culture, the group Electronic Sound and Art Chicago (ESAC) has stepped up to spread the eletronica word. ESAC is the brainchild of three veterans of the electronic music scene. Marc Martin via Meiotic has hosted hundreds of electronic music events, Chris Widman is the co-founder and co-host of Abstract Science, the long running, popular "future" or electronic music program on WLUW, and Brian Keigher most recently helped produce most of the City of Chicago's musical events (from Summerdance to the World Music Festival), and is also known as DJ Warp.

When I spoke with Chris Widman he said the new scene, vast as it might be, tends to focus on new acts and less on the "musicians who paved the way" for the current wave of electronica. ESAC wants to reach new and older electronica enthusiasts, by showcasing musicians that will appeal to "people who've been into the scene for a while and educate the younger crowd as to what is possible in electronic music." ESAC also hopes to counter Deadmau5's recent claim that modern DJ's simply "select tracks and hit spacebars," by having cameras on stage, so that audiences can see what DJs actually do with all their hardware.

Still, Deadmau5 makes a point that ESAC's organizers are having to contend with — a saturated scene means stiffer competition, for both acts and venues. They hope to grapple with it by pooling their shared resources (and contacts) and by making a big spash with their first show under the ESAC banner. Their headliner is Uwe Schmidt, aka Atom™. And though he's done other tours in the U.S., Saturday's show at The Viaduct Theatre is his first ever in Chicago.

Schmidt's been making beats for 30 years so they're no doubt familiar to many fans of electronic music. Still not everyone immediately recognizes his name, in part because the German-born producer has had so many — a very short list of his aliases includes Atom Heart, Geeez 'N Gosh and most famously, Señor Coconut, the character under which he enveloped his cutting edge, beat laden takes on music by Kraftwerk and others in the sultry rhythms of '60s era, Brazilian lounge sounds. Think of it as eletronica-exotica.

When I spoke with Schmidt this week he confirmed that all his other personas have been left behind, saying he "got a bit tired of the aliases game." To him they were always meant less as gimmicks and more as organizational aids, identities under which he could collect various ideas and influences, which could then cohere into a new sound or musical expression.

But it's clear that Schmidt has always been a cultural polymath. His musical career got underway early on, when he was drumming on a chair at a wedding and his family took note of his talents. They helped him upgrade to a full kit, but after hearing a drum machine on the radio in the late '70s, he became hooked on electronica. Schmidt says the appeal of computerized music was its "totally new horizon of rhythmic possibilities, and the ability to go way beyond your physical capacities. I mean you have two hands and two feet and all you can do with your body is four sounds at a time."

Schmidt finds inspiration in all kinds of culture. He told me about a childhood experience, when he tried to decipher the cover designs of the "trashy" magazines his mother read — the German equivalents of Star or Us Weekly. Schmidt says he wanted to understand "not only how they were working conceptually, but what kind of person do you have to be in order to do that?" That curiosity seems to animate everything Schmidt does, the necessity, as he puts it, "to become someone else every time you do something you haven't understand before."

So though he's put away the aliases, Schmidt is still adopting different cultural guises. These days he's exchanged the kitsch for something a bit more classical or highbrow. His latest albums Liedgut and Winterreise have a minimalist look and sound that Schmidt says emerged from his readings in German romantic poetry and philosophy. Some of the songs sample small fragments of music by Franz Schubert, and Winterreise was created to accompany a series of Schmidt's photos, as Schubert's Winterreise was originally composed as scores for a series of poems.

What Schmidt will be playing Saturday night is a bit of a mystery. He'll perform with fellow eletronica grandaddy and old friend Tobias Freund (also making his Chicago debut), and Schmidt says they never prepare a set list or safety net of samples, just trust each other to figure it out.

Schmidt and Freund headline and there'll be other DJs and multimedia delights throughout two rooms — think of it as an electronica fair. The event's also a fundraiser for ESAC — Widman says they're hoping to develop into a non-profit music and media presenter. You can find all the details here and hear my full interview with Atom™ above.