Leighton, a fierce legal advocate for black Chicagoans, was the first African-American to serve as a judge on the Illinois Appellate Court.

Leighton came to Chicago in 1946, right after graduating from Harvard Law School.

He explained that decision in an interview with WBEZ in 2012.

“Chicago was the only place in America in 1946 that had a person of color in Congress,” Leighton said in 2012. “However, Chicago had a reputation of being the worst race segregated city in America.” 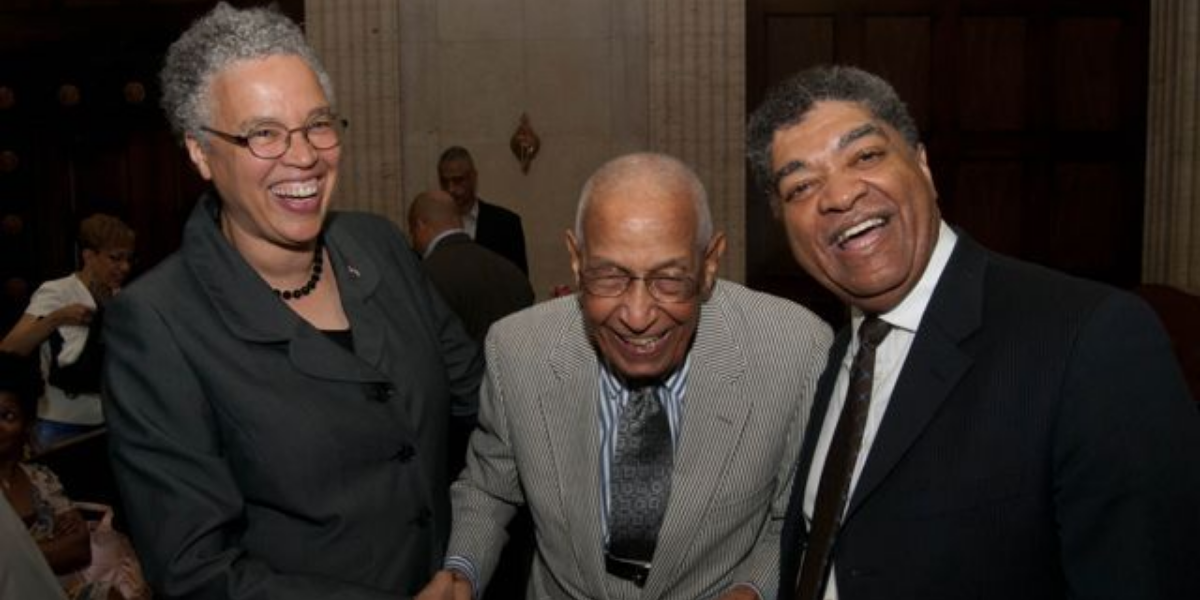 One of Leighton’s most important cases as an attorney came in 1951, just five years after he moved to Chicago. Leighton represented an African-American couple who tried to rent an apartment in an all-white section of suburban Cicero.

Leighton got an injunction to allow them to move in, but Cicero police forcibly removed the couple from the neighborhood and the apartment building was set on fire.

Afterward, Leighton was indicted for conspiracy to incite a riot.

“Because I told a black man that the Constitution of the United States gave him and his wife the right to go to Cicero, occupy an apartment there, and that … no one had any right to take it away from him only because he’s black. When the grand jury returned an indictment, who did they indict first? Me,” Leighton said laughing in that 2012 talk.

“But you know, it was a great favor. Who gathered around me to defend me? Thurgood Marshall … any number of others. When [the judge] called the case before him at 26th and California, I walked up to the podium. The courtroom walked with me.”

Chicago Mayor Richard J. Daley tapped Leighton to become a Cook County judge in 1964; then he became the first black judge appointed to an Illinois Appellate Court in 1969; and in 1976, President Gerald Ford picked him for a federal judgeship. 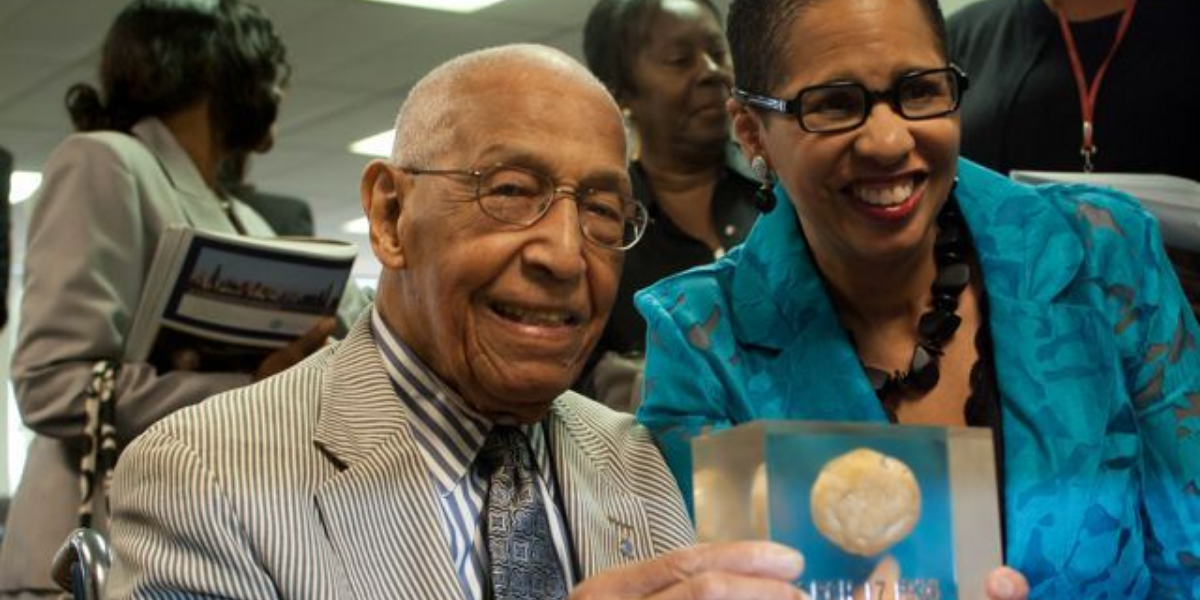 Cook County Chief Judge Timothy Evans told WBEZ this week that he had Leighton as a professor at George Marshall Law School.

“He was marvelous. He would be talking about a case, a principle of law, and then he would just casually say, ‘Yeah, when I spoke to the judge about this case, I said this or I said that,’ and it was only then that we realized that the case that had been written up in the book was a case that he had argued himself,” Evans said. “He should be remembered as a person who spent his life in a courageous, selfless way to make society more committed to fairness and justice.”

Evans said Leighton served as the perfect role model for younger attorneys. When asked if he and his classmates tried to emulate Leighton, Evans laughed.

“Well as best we could. I never met anybody who could match him in all the respects that I’m talking about, he was just that dynamic,” Evans said. “But I think we all wanted to make a difference in the law for people who could not speak for themselves. So those of us who sat under his tutelage probably each day try to find a way that we can make our judicial system fairer and more responsive to the needs of people. But I think it’s a quest that is one that we reach for everyday but never quite get there.”

Evans was part of the large political contingent that pushed to rename the criminal courthouse at West 26th Street and South California Avenue in Chicago after Leighton.

That same year, Leighton said he had mixed feelings about the honor because he knew about the injustices that occurred there. 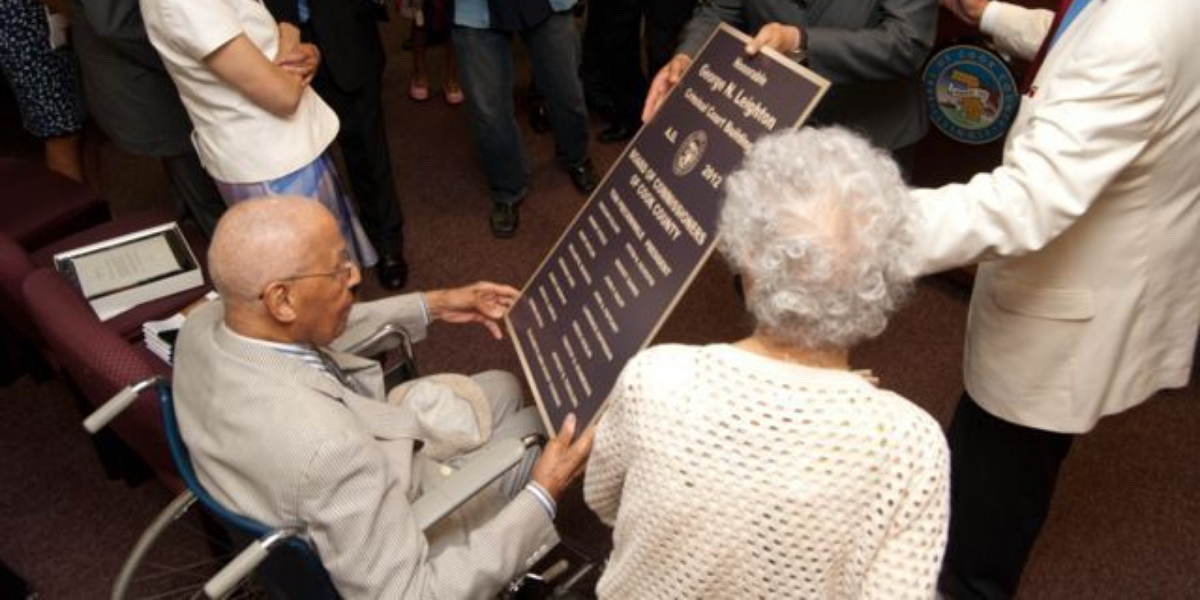