This is one of the hardest decisions for an athlete to make: When do you walk away? It's hard for players and fans alike to reconcile the end of an athletic career. 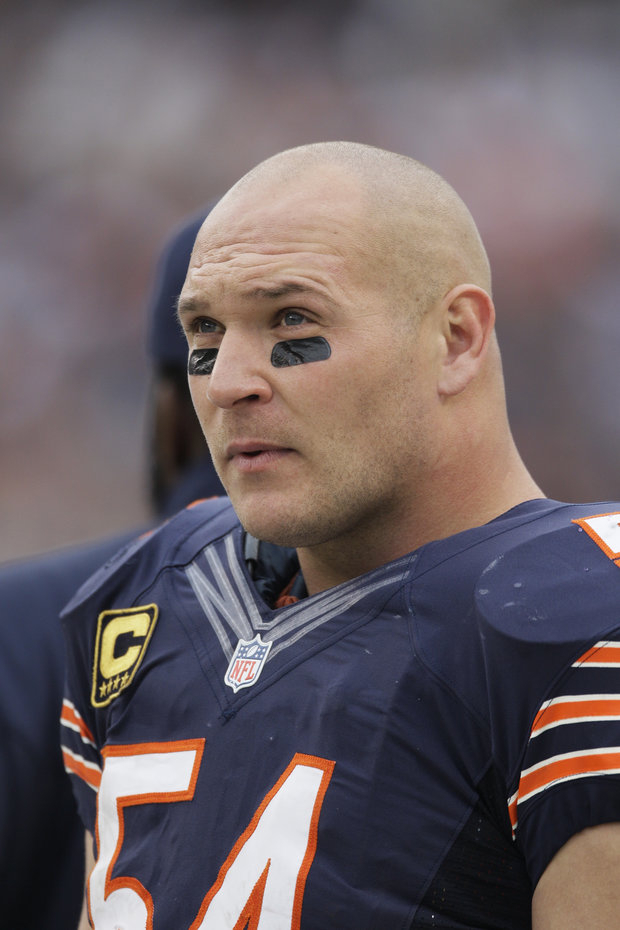 It's early yet, but the latest news on Brian Urlacher's hamstring injury makes it seem like time is winding down for the Bears' star linebacker. There is a possibility that the future Hall-of-Famer may be back — if the Bears make the playoffs. Of course, the path to the post-season is getting more difficult as the rest of this Bears team is riddled with injuries, too. The Bears were 7-3 last year before they lost Jay Cutler and Matt Forte — then the wheels fell off. Could the loss of this All-Pro linebacker impact the final weeks of the season? He has a huge role on the team calling the defensive plays and he still leads the team in tackles. But his ability to dominate from side to side has diminished. He isn't the player he was, and hasn't been since he injured his knee last year in the season finale at Minnesota. That is the difficulty of measuring this potential loss.

Does Urlacher walk away now, or leave it in the hands of management? Can the Bears have Urlacher anchor his role for another year or two? Or will the team draft or sign a player that can transition into that spot? Again, there is no solid indication that Urlacher is finished, but the sand in the hourglass is running out.

When this season ends, another major issue will play out for Urlacher: free agency. It's a tough situation for General Manager Phil Emery. The Bears have to take a serious look for Brian’s replacement sooner rather than later, but Emery has to finesse replacing such a high-profile player. Urlacher has to realize the team needs the middle linebacker spot filled with a healthy, able-bodied player. The face of the Bears may test the market if he can't reach an agreement here; but after 13 years, most fans would find it unbearable to see Urlacher wearing a different jersey.

You never want to see a player of Urlacher’s caliber leave the game on someone else's terms — it should be a mutual decision made by Urlacher and the Bears. Otherwise it could get ugly, like it did for baseball Hall of Famer Carlton Fisk and the White Sox in 1993. His skills had diminished, but he had just set a milestone of games played by a catcher. The team had a huge ceremony honoring Fisk, then released him during a road trip to Cleveland. It was one of the saddest, most unfortunate ways a player’s career could have ended.

The problem for many players though is that they don't know when to leave. Michael Jordan left the Bulls not once, not twice, but three times. Thankfully, MJ was still in his prime, and came back after the first retirement and won three more championships. Watching him struggle with the Washington Wizards though was difficult to view.

When Urlacher does hang up his chin strap and his #54 jersey, I hope he finishes his career with the Bears — and that it's a mutual decision made without malice. It will be sad no matter how it happens; he is one of the best players of any sport to play in Chicago and it's hard to imagine the Bears without Urlacher. But it will happen sooner rather than later.