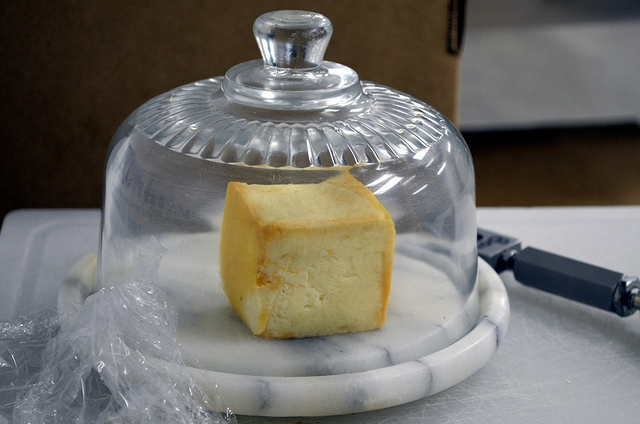 Inspired by my recent roadtrip quest for new American cheese on the Wisconsin cheese trail, I dressed as a Limburger cheesemaker for Halloween this year, complete with a ripe 5-month aged Limburger. I carried the brick around in an airtight container, offering a slice to any brave soul. While I love the full flavor of this notoriously stinky cheese, even I have to admit that out of context, it can be scary stuff indeed. In fact, Mark Twain wrote about a maddening disembodied Limburger in his gothic short “The Invalid’s Story.”

At America's only Limburger plant — Chalet Cheese in Monroe, Wis. — I ate it for breakfast, sliced on brown bread, with mustard and strawberry jam, while hearing some of its history from Myron Olson, one of only 52 Wisconsin Master Cheesemakers, and the only one certified in Limburger.

Since that morning, I learned it was a Chicagoan, James L. Kraft, who one might say nearly killed Limburger in this country, but on the Wisconsin trail I discovered a pairing that may revive this cheese, and it may even thrive again, thanks to our city's old and new food culture. 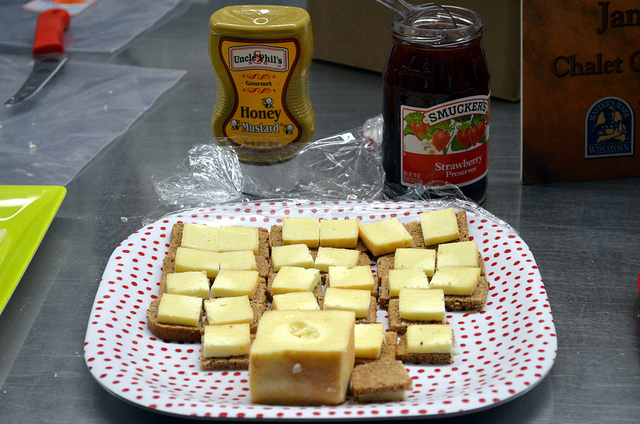 You may remember WBEZ's own Nina Barrett tasted the same breakfast of champions, after an attempt to find Limburger in Limburg, Germany. There she was told by a whisky shop owner that the cheese is not from there. "Limburger cheese you only find in the Netherlands, in Limburg — in the other city," he said. Well, he was partially right. Limburger cheese is widely believed to have been first made in the historic Duchy of Limburg, an area that now spans across areas of the Netherlands, Germany and Belgium. 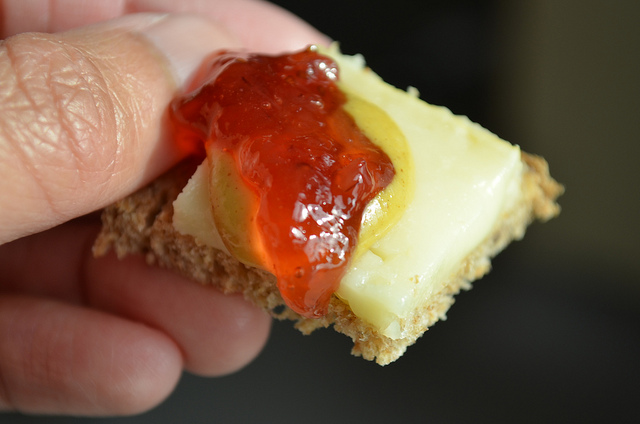 Limburger was first made in this country in 1867 by Swiss immigrants in the same county where Chalet Cheese now stands alone. By the 1920s, they were making more Limburger in Green County than Swiss cheese, to meet the demand of European laborers who ate Limburger sandwiches in taverns across the country, while drinking locally brewed beer. 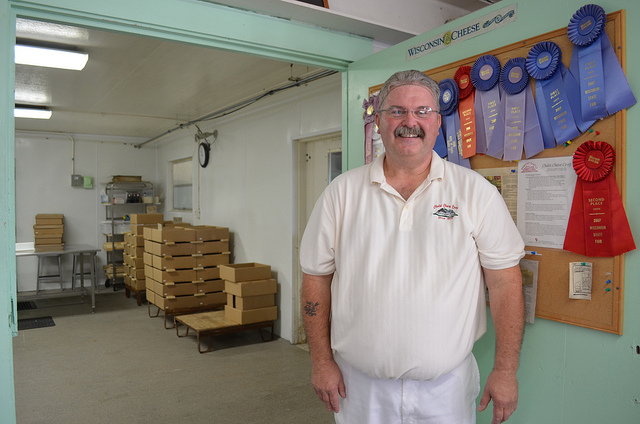 Then came Prohibition and there went Limburger cheese, legend has it. But Prohibition lasted from 1920 to 1933, so the dates don't quite add up. It's more likely that changing tastes, the pressure to assimilate, and World Wars all added to the decline of Limburger in America. 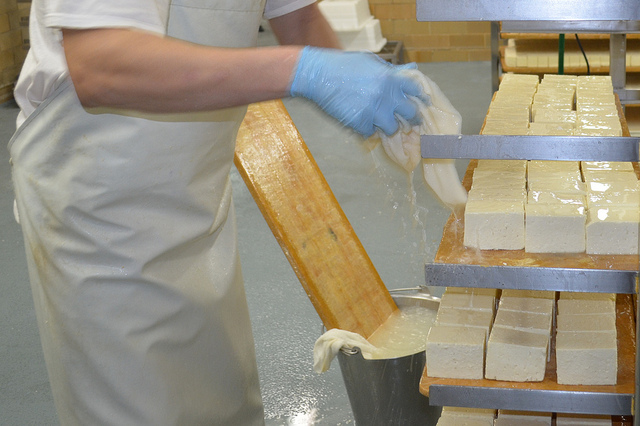 And then there was J.L. Kraft, who cleaned up cheese. In 1916 he patented a process for pasteurizing cheese, so it could be shipped and sold long distances. Kraft processed cheese was born.
But as late as 1947 Kraft Foods built what they hoped was the best and most modern Limburger factory in the world, the current Chalet plant, and replaced the old pine curing boards with new ones. Olson says the result was failed green cheese. Luckily they'd saved the old boards and they've been in use ever since.
The bacteria in the smear wash used at Chalet is even older, first cultivated in 1911, 101 years ago. 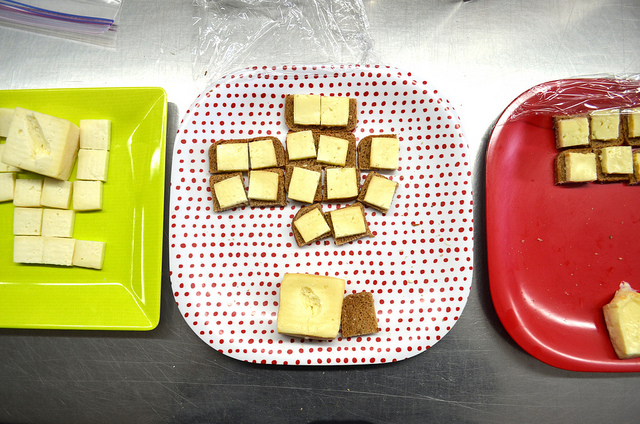 Olson offers a vertical tasting of his Limburger, aged 2, 3, and 5-months old. At its youngest, it's like feta, but older it's impressively pungent and flavorful. 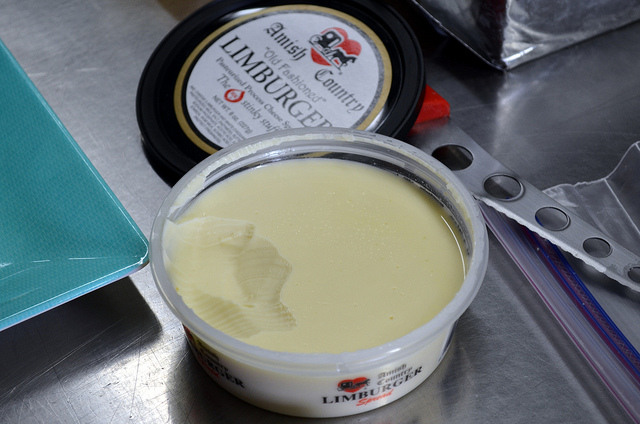 Kraft Foods once made a Mohawk Valley brand Limburger pasteurized process cheese spread, but now discontinued. It was reminiscent of the Limburger cheese once aged in Mason jars for maximum punch. 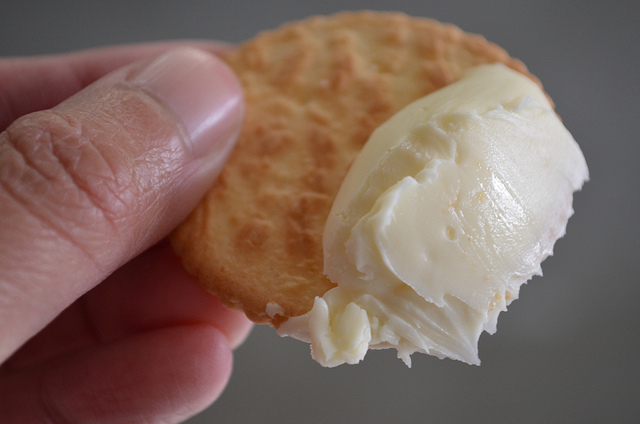 A new Limburger cheese spread hit the market in 2008. Amish Country Limburger spread is a blend of Limburger and white Cheddar. It's mild in comparison to its namesake, but a promising start to what may be a renaissance. 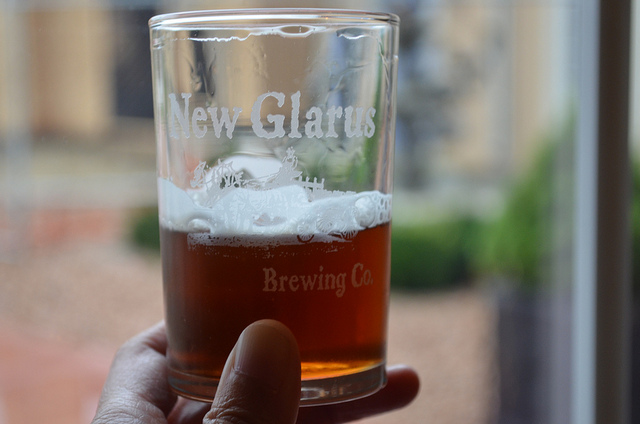 The classic pairing to Limburger is Bock, a strong German beer style. What should I discover on the Wisconsin cheese trail but the seasonal Back 40 at New Glarus Brewing Company, a mere 10 miles north of Chalet Cheese.
With our new interest in local craft beers and artisan cheese, plus old German roots, could Chicago finally revive Limburger cheese? You can find Chalet's Limburger at Gene's Sausage Shop, the original on Belmont and in Lincoln Square. 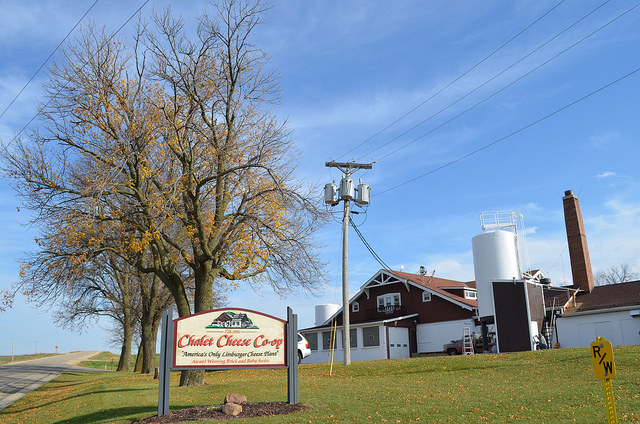