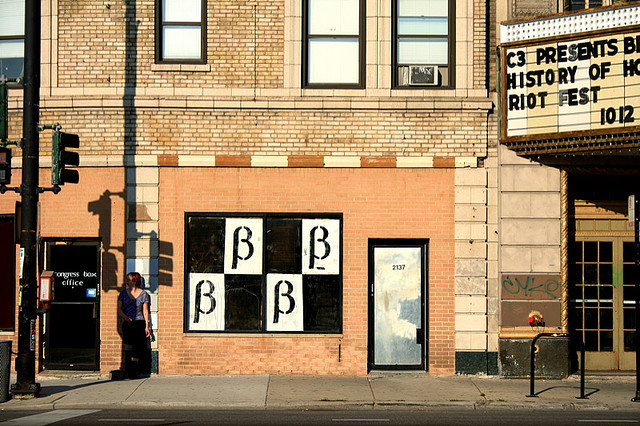 It all started with fried chicken.

And $10 cocktails and doughnuts, too. Well, it is not just about the food and drinks, but often times, the things that drive us to certain neighborhoods now are not just the cost of living or its safety, but whether or not a new scene exists within it.

Two years ago, I once asked a friend why he was moving to Logan Square and he simply said, “Well, everyone else is moving there.” His favorite neighborhood was Ukrainian Village, but it felt necessary for him to move to Logan Square because the energy (the young and middle class and creative energy) was moving there as well. Simply put, “everything” someone within that small yet culturally-prevalent population could want was happening in one place.

Unlike Wicker Park before it, unlike many now established neighborhoods before it (like Old Town and Lakeview and Boystown), Logan Square’s rise was seemingly quick and calculated. Those who have lived within the neighborhood since the beginning of its latest “change” from working class Latino neighborhood to its hybrid identity (part youth-built, part culinary-rich, part artistic-led, and part working class) would say the change was as slow as others, but from the outside, it appears swift.

Most gentrification is a multi-step process involving artists, creatives, those attracted to the pursuits of artists and creatives, and finally young, urban professionals. In The Urbanist Chronicle, DePaul University professor Dr. John Joe Schlichtman describes it as, “pulls of geographic centrality and the proximity of amenities, pulls of a social fabric in which one knows “the friendly faces at the deli,” pulls of the potential of extra square footage, and, yes, pulls of the romantic history-steeped ‘authenticity’.” But in the case of Logan Square (and in smaller doses, neighborhoods like Avondale and Pilsen) more concerted efforts are underway to transform large swaths of the area in one fell swoop.

Jason Patch and Neil Brenner call gentrification, “the reinvestment of real estate capital into declining, inner-city neighborhoods to create a new residential infrastructure for middle and high-income inhabitants” in the Blackwell Encyclopedia of Sociology.  For Logan Square, that especially entails the South and East sections of the neighborhood surrounding the two major CTA Blue Line stops along Milwaukee Avenue.

In a report of rapid changes to the area – and the 2300 block of North Milwaukee in particular – Eater Chicago editor Daniel Gerzina noted that it would be “unrecognizable within months, changing the course of a street and a neighborhood in one swoop.” At least six hospitality projects are already in the works and will be open within the next year. 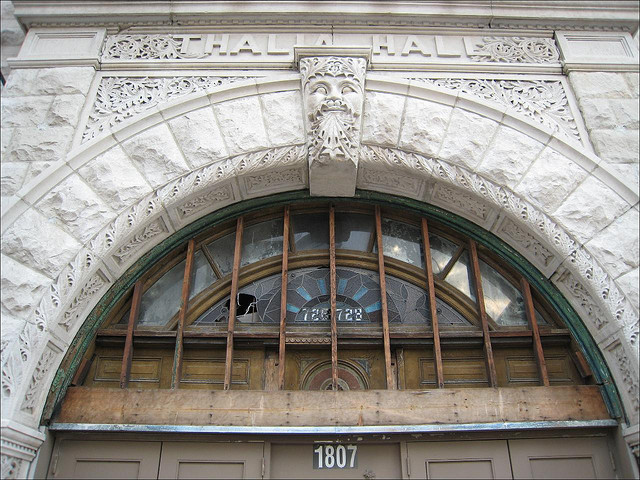 In Avondale, Honey Butter Fried Chicken joins an established array of decadent and delicious food options like Hot Doug’s and Kuma’s Corner. In Pilsen, Dusek’s Board and Beer and Punch House both recently opened within the transformed historical Thalia Hall.

Each burgeoning new venture is unique, but in my head, I begin to check off visual and sensual similarities one can expect within the spaces: concept-driven cocktails, upscale small bites, and moody lighting. The crowd will probably look similar too upon first glance. It becomes difficult to distinguish one place from the next as each venue attempts to find the sort of success that has put certain neighborhood institutions on the map (Longman & Eagle, The Whistler, Fat Rice).

However, gentrification should not solely be considered a “bad” thing. That sort of energy, prosperity, liveability, and inherent possibility should be viable and available for any neighborhood.

Many forgotten or derided places are desperate for the sort of vitality that is bringing a second (or third) life to neighborhoods previously mentioned. The Logan Square many know now is not the Logan Square of a decade ago. Certainly the same can be said for Pilsen or Avondale, too. It does not mean that these neighborhoods were “bad,” merely undiscovered and more representative of the racial, social, environmental, and economical diversity that make cities so unique and so complex.

When my mother talks about the Austin neighborhood of her youth, she is talking about a place that was filled with shops lining major streets and boulevards. She is talking about the ability to walk up and down the street without fear of violence. For myself growing up in the neighborhood, I never truly experienced that version of Austin. But I too dream of that neighborhood returned to its fullest glory. Its beauty feels most times like a secret that can only be articulated in person.

Gentrification is both complicated and welcomed. To only present one side of the matter ignores the very real desire of many to diminish and eventually eradicate problems of many city neighborhoods. According to Schlictman, these are, “precisely what grassroots community organizers are fighting for in neighborhoods with deteriorating real estate, high crime rates, and disheartened residents.”

I am a middle class urbanite living in a gentrified neighborhood. I recognize my place in the system, how my choice of living, regardless of what I choose, will only reinforce the culture I am seeking to escape or join.

But this is not about deciding which side is correct. In the end, both are correct. But only one can outlive the other.

These bars and restaurants are success-driven ventures that seek to mimic the popularity of another place. And why shouldn’t they?

Perhaps because change of this nature comes too quickly. Displacement (of bodies, of cultural identity) is not gradual, but forceful. It is a concerted effort to make something entirely “new.” It is an identity change that feels less like wearing a new top and more like a series of tattoos. Once they arrive, the change is nearly permanent. Their presence will forever alter the landscape of where they now exist. And as the buildings themselves change so too can the people moving within them. They are hinting at the desires of the neighborhoods current residents and establishing themselves as the “right” venue for its anticipated future residents. They are not waiting for the change. They are the change.