Parts of the plan are strikingly similar to a policy paper put out by the Chicago Teachers Union two and a half years ago. So much so, that whole sentences in the summary are pulled word for word from that paper, dubbed “The Schools Chicago’s Children Deserve.”

But Garcia said he got input from several groups, not just the CTU.

The similarities are not entirely surprising.

When Garcia appeared on WBEZ’s Afternoon Shift in October, he described a visit with CTU’s President Karen Lewis, shortly after she was hospitalized for a brain tumor. Lewis urged Garcia to run against incumbent Mayor Rahm Emanuel.

“She did ask me to seriously consider running,” Garcia told WBEZ. “To reconsider, because she had brought it up over a year ago.”

Unions are also among Garcia’s biggest financial supporters so far. Garcia for Chicago received $16,000 from Citizens to Elect Karen Lewis Mayor of Chicago, another $52,600 from the American Federation of Teachers (the national union that CTU belongs to), and $250,000 from Service Employees International Union Healthcare Illinois.

Garcia announced his education platform outside of Dyett High School, flanked by a group of parent activists fighting to keep the school open.

Three years ago, the Chicago Board of Education voted to phase out Dyett, meaning the students enrolled at the time could continue attending until graduation, but the school would not accept any more freshman. Now in its final year of phase out, there are just 13 students left at the school.

A consultant for Garcia’s campaign, Andrew Sharp, told WBEZ after the press conference that  the parents fighting to keep Dyett open as a neighborhood school are important to Garcia because of his involvement with the fight to build a high school in Little Village.

Parents and grandparents there held a 19-day hunger strike to convince the city to build a high school in the neighborhood. 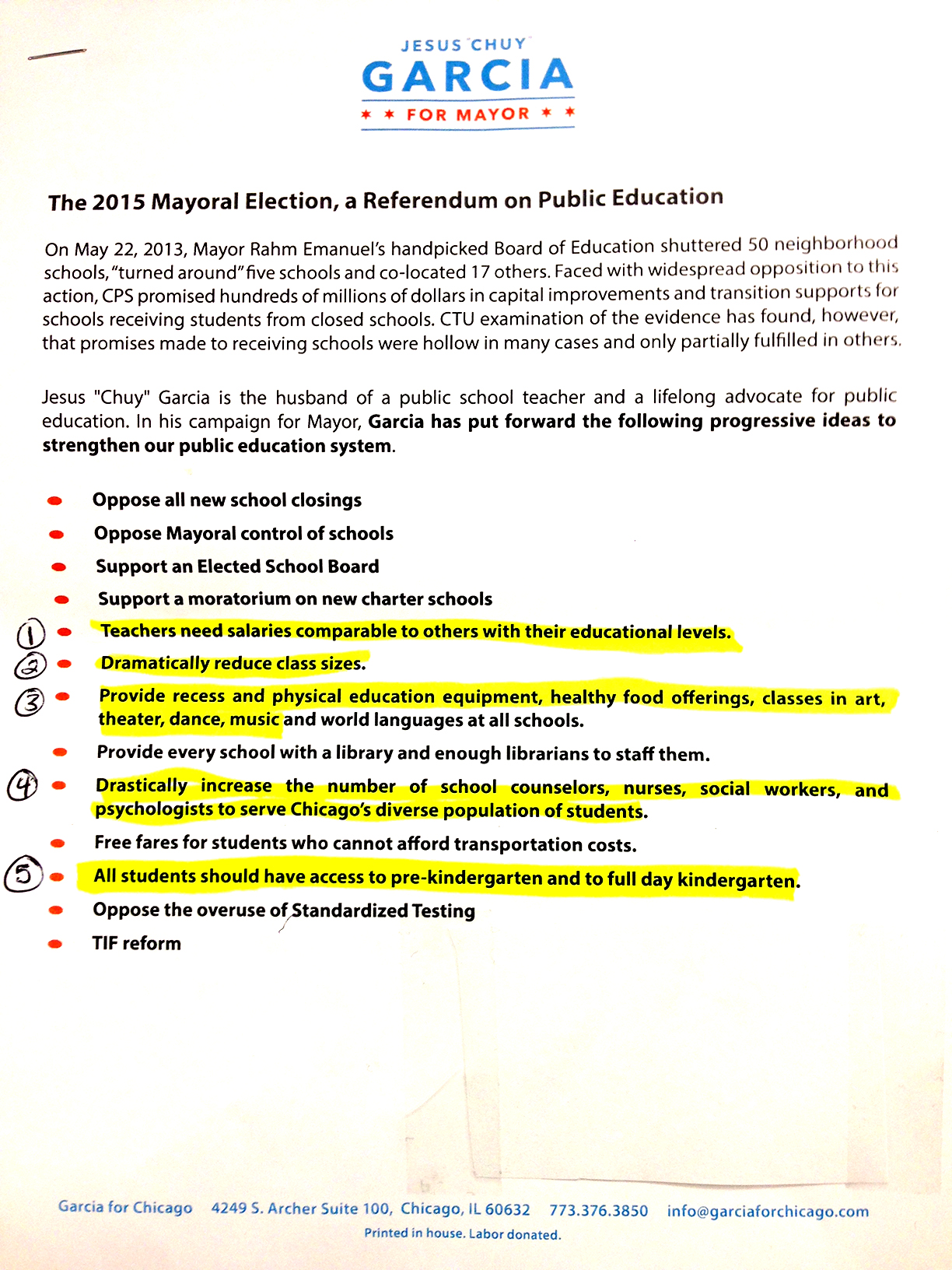 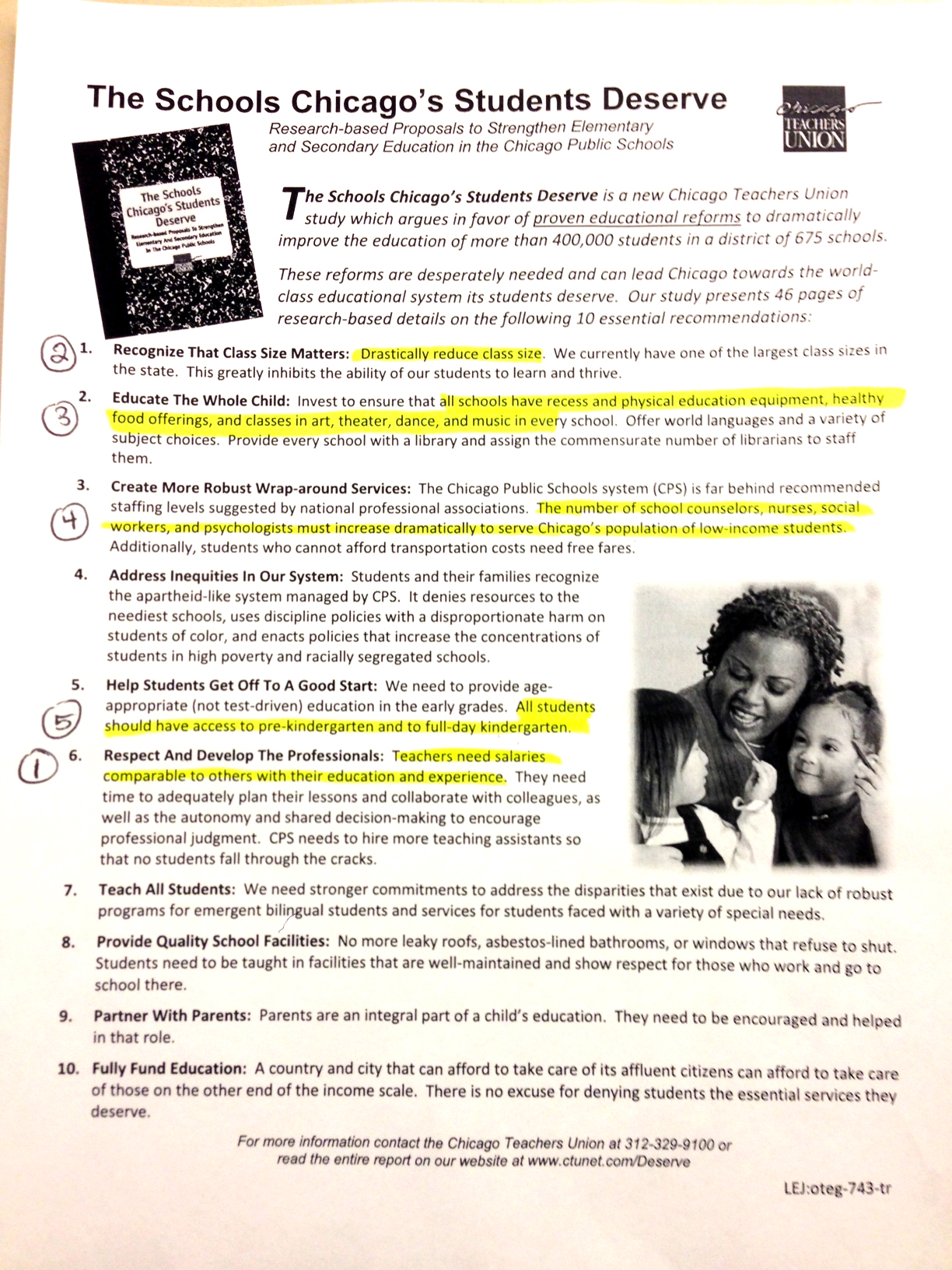