Michael Eisner started out in show business the same way everybody else does: by taking tickets at the studio door. But most ticket takers don’t end up as epochal media magnates. Eisner rose to prominence at ABC as a protege of Barry Diller, helping to take the television network to the top of the ratings with programs like Roots and Happy Days. He jumped (also with Diller) to Paramount Pictures, and during his eight year stint as president and CEO, the studio produced hit film after hit film, including Raiders of the Lost Ark, Saturday Night Fever, Beverly Hills Cop, and many more. Eisner then spent the next two decades leading The Walt Disney Company, reinvigorating the animation studio with experiments like Who Framed Roger Rabbit? and dozens of musical successes, starting with The Little Mermaid. But it wasn’t just cartoons: Eisner vastly expanded the company’s signature amusement parks, and spearheaded numerous media acquisitions, with Disney eventually absorbing ABC, ESPN, and launching cruise lines and sports teams. Eisner continues to experiment with new ideas and formats; his production company makes, among other things, a Netflix cartoon for adults about an alcoholic horse. Eisner walks host Alec Baldwin through his expansive film career, and explains how he views risk and reward. 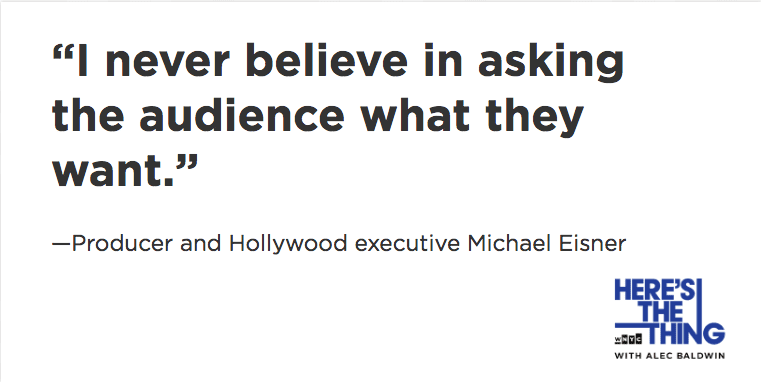