Mount Greenwood is the far Southwest corner of Chicago. Compared to the rest of the city, it looks fairly new. Yet the community has a long history.

During the last half of the 19th Century, Chicago was the fastest growing city in the world. That meant a future boom for at least one type of real estate: cemeteries. In 1879, George Waite plotted a burial ground in a farming area near 111th Street and Sacramento Avenue. 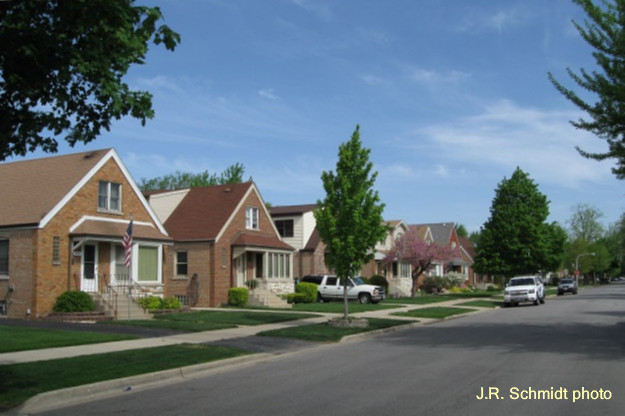 Waite named his cemetery Mount Greenwood. Within a short time, other cemeteries followed.

Funerals were an all-day affair then. To serve the mourners, a strip of restaurants and saloons developed along 111th Street. They also attracted patrons of the nearby Worth Race Track.

Despite all the dead residents, the neighborhood was getting a rowdy reputation. The Village of Morgan Park wanted to annex the area and shut down the saloons. But in 1907, local property owners beat them to the punch and chartered their own village. 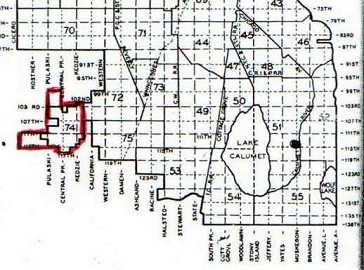 Mount Greenwood was independent for 20 years.The big event of that time was the Battle of the Ditch. Mount Greenwood Cemetery had a drainage ditch. The village passed an ordinance against the ditch, saying it polluted their drinking water. When the cemetery ignored the law, the villagers took up picks and shovels, and filled in the ditch themselves. 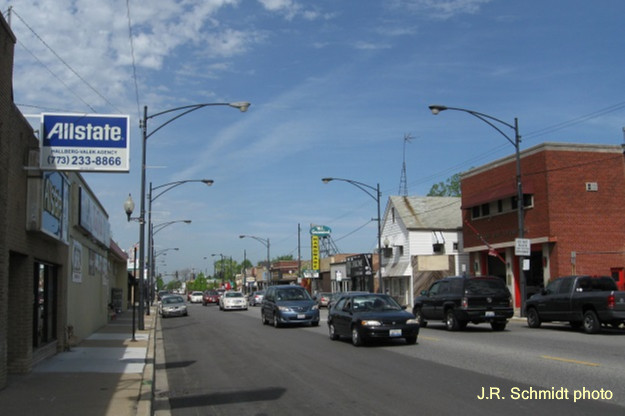 In 1927 Mount Greenwood had about 3,000 residents. There were no street lights, no sewers, few paved streets and drinking water came from wells. The citizens voted to become part of Chicago. Just in time for the Great Depression . . .

Years passed. More people moved in, but the improvements lagged behind. During the late 1930s, the federal government began playing catch-up with those overdue projects. Just in time for World War II . . . 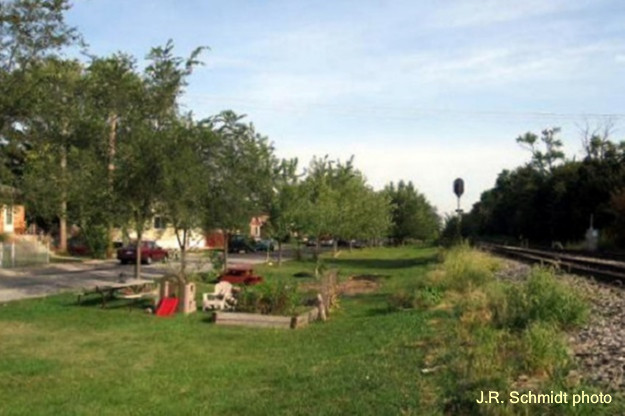 Most of the postwar settlers were Irish Catholic. Today, when many religious high schools have been closed, Mount Greenwood still supports three of them. St. Xavier University is also located in the community. The main cluster of these institutions, along Central Park Avenue, forms a regular Catholic Campus.

John R. Powers, who grew up in the area, wrote a whimsical account of his youth in The Last Catholic in America. The book became a best-seller, and others followed. As a salute to the cemeteries, Powers calls the neighborhood “The Seven Holy Tombs.” 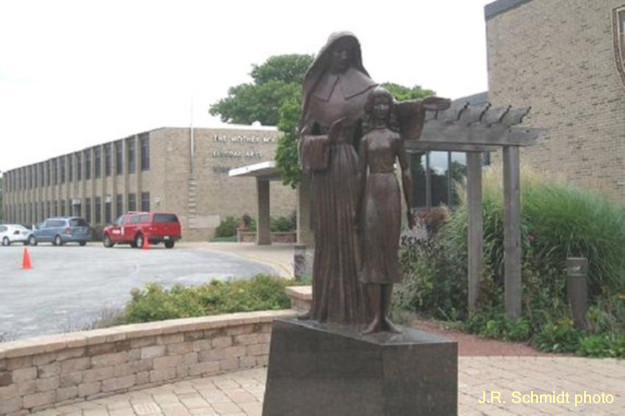 By 1984 nearly all the old truck farms had been subdivided. The last Mount Greenwood farm, on land southeast of 111th and Pulaski, was also the last remaining farm within the Chicago city limits.  The Board of Education purchased the property. Today it is the site of the Chicago High School for Agricultural Science.

Mount Greenwood has become a mature, fully-built community. But it feels uncrowded, almost suburban. Most of the homes are single family, the business establishments are small, there are parks, and open space within the Catholic Campus and along the railroad. Having the farm and all those cemeteries helps, too.

After four decades of small declines, Mount Greenwood’s population rose slightly in the 2010 Census, to 19,093. The residents are identified as 86 percent White, 5 percent Black, and 7 percent Hispanic. 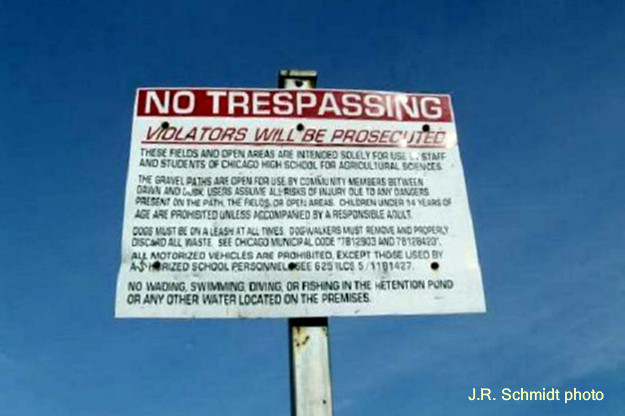