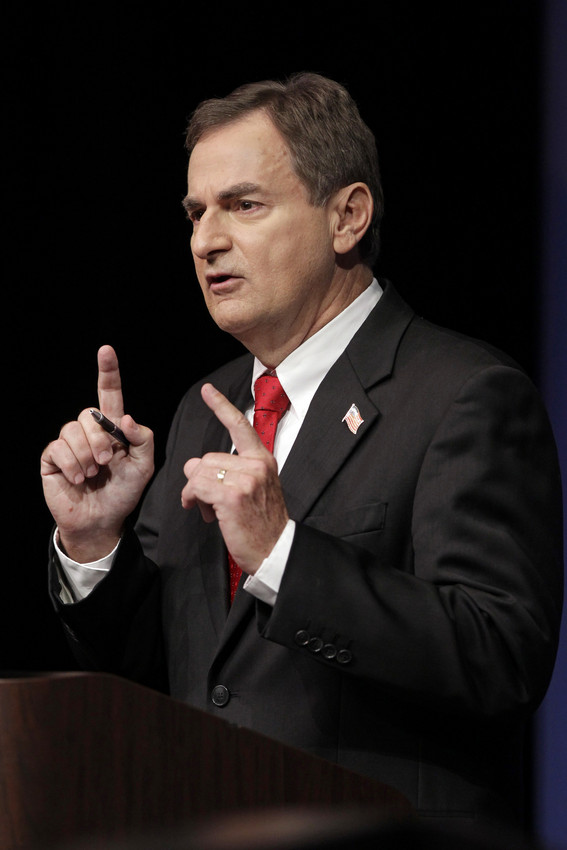 The whole world now knows that Indiana GOP U.S. Senate candidate Richard Mourdock said he believes “that even when life begins in that horrible situation of rape, that it is something that God intended to happen.”

In other words, God has a plan, and it involves that rapist fathering a kid. Don’t doubt or question it because, damn it all to hell, it’s God’s plan.

Mourdock opposes abortion with a single exception: cases where the life of the mother is at stake.

The kicker? The Democratic candidate, Rep. Joe Donnelly, took a more “moderate” stance, saying that his position allows for abortion in the case of rape, incest or the life of the mother.

That’s a hell of a choice Hoosiers have.

My question is: When did these three exceptions — the holy trinity, if you will — become a “moderate” stance on abortion rights? Exceptions for rape, incest and the woman’s very life are not actually much of a choice.

Back when I was a teenager and more readily in need of safe and legal abortion for myself and my friends than I am now, that position meant you were anti-abortion.

I’m not actually arguing against religious conviction. I’m pro-choice but I totally follow the reasoning that if you believe life begins at conception and anything after that is murder, then the only logical conclusion is that exceptions can’t be made.

But let’s call that what it is: If there’s no negotiating, if there’s no middle ground, that’s an extreme position.

Have Republican and religious extremists convinced us that allowing a birthing mother to live if the choice is between her and her unborn child is actually an exception, a kindness?

Have these words — rape and incest — lost their power? Did we forget what these words actually mean?

This is what we’re talking about when we talk about abortion without exceptions:

If you’re a woman and get pregnant because a man forced you to have sex, which is to say, if you get pregnant as a result of sex you did not consent to (and was traumatic), then you have to give birth to your rapist’s child, whether you want to or not.

If you’re a woman and get pregnant because your father/brother/grandfather/uncle/cousin/stepfather/etc. raped you (see above), then you have to give birth to your father’s/brother’s/grandfather’s/uncle’s/cousin’s/stepfather’s, etc., child, whether you want to or not.

Mitt Romney’s own position on abortion in this election cycle allows exceptions in the cases of rape, incest and the life of the mother. (Paul Ryan disagrees, in line with his faith and the GOP party platform: no abortions, no exceptions.)

Support for these lousy exceptions has allowed Romney to step back from extreme GOP candidates like Todd Akin, who doesn’t understand biology, and our own Joe Walsh, who thinks pregnancy is risk-free.

But, for some reason, Romney isn’t stepping back from Mourdock. Of all of the GOP candidates running for election, Mourdock is the only one for whom Romney has taped a personal campaign ad, which has already run in Indiana more than 100 times.

The Romney campaign said Wednesday that he didn’t agree with Mourdock’s views on abortion, but the television spot (which was taped long before Mourdock opened his mouth) is still running in Indiana.